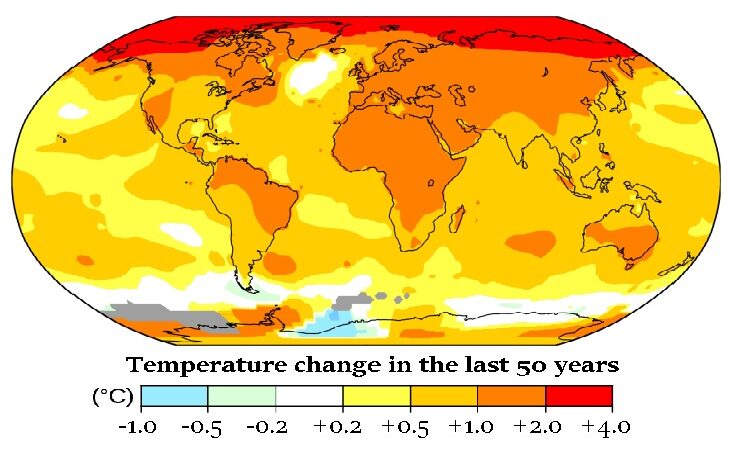 Today, there are four simultaneous and momentous crises before which modern democracies seem impotent; global warming, population growth, wealth inequality, and a dangerous geostrategic shift. This brings me to the Thodey Review.

Collectively these crises seem destined to produce, perhaps by mid-century, conflict, mass population movement, widespread hunger, and social disruption or breakdown of civil society. The most alarmist projections suggest they will lead to the collapse of societies and economies and of the ecological systems that underpin human life. Yet in the Independent Review of the Australian Public Service released on 13 December 2019, there is scant mention of global population growth, and just two passing mentions of climate change in the nearly 300 pages of the Review’s substantive text.

It’s natural, I suspect, for people to consider their version government as being an expression of the highest possible stage of politics. The urge to venerate, defend, and preserve the Westminster processes and institutions is instinctive and powerful. Even existential crises can fail to raise the question of whether or not institutional forms have outlived their usefulness. However, it seems excessively nonchalant not to question if the APS remains fit for purpose.

I found the Thodey Review unremarkable and predictable, producing nothing that previous reviews had not raised. Perhaps I’m being unfair, and perhaps the blizzard of reviews of public administration over the decades has dulled my perceptions, but this review seems repetitive and, far worse, not even rearranging, but just counting the deck chairs on the Titanic.

Unless a crisis becomes existential, and the existing system of government is patently incapable of addressing it, states generally will simply change one party for another, or install a new dynasty, and fiddle at the edges of policies and institutions. Not all crises take states to tipping points where institutions and governance norms are forced into a new direction. Some crises will be of long duration in building and then piecemeal solutions will serve stave off for a while the inevitable and essential transformation. On other occasions the refusal to recognise a building crisis can lead to a sudden and often violent shift.

Crises might originate in economic, social, religious, ideological, or environmental factors, and often a combination. The liminal period will be confused and chaotic, and the newly emergent political settlement unpredictable. We have many examples in history where the pre- and post-crisis polities are diametrical opposites. The Rome went from Republic to Imperium, Japan from feudal Shogunate to centralised empire in the Meiji Restoration, Russia from absolute monarch to Soviet dictatorship, and Iran to a theocracy, Spain, Italy and Germany, along with other European states, from democracy to Fascism and totalitarianism. Few of those involved in the resolution of crises ever anticipate the eventual end state.

I’m not suggesting Australia is anywhere near disruptions and political revolutions of that magnitude. In the current circumstances, though, the manifest failure of successive governments to come to terms with global warming might at least inspire a review of public administration and policy advising and at least ask in what credible scenarios would the current structure and operations would the APS require radical change in order to be effective.

It should be permissible to ask whether a public service structured around ministerial responsibility for pieces of legislation remains appropriate. Take global warming. It is just so shockingly clear from the public utterances and the policies of the current government that the Cabinet’s understanding of the science behind global warming and the extent of the impacts across all of society is abysmal. There has never been so much evidence on a policy issue and so little policy! Where has the APS been?

I’m giving politicians the benefit of the doubt by ascribing their inaction to ignorance or scientific illiteracy; for if they have read or been briefed on the IPCC’s 2019 special reports on Global Warming of 1.5oC, The Ocean and Cryosphere in a Changing Climate, and Climate Change and Land , their inaction borders on criminal negligence. Did the APS brief on the UN Emissions Gap report that observes ‘There is no sign of GHG emissions peaking in the next few years’. Yet global emissions must ‘drop 7.6 per cent per year from 2020 to 2030 for the 1.5°C goal and 2.7 per cent per year for the 2°C goal’, and the ‘size of these annual cuts may seem shocking’ and are probably ‘impossible’.

The inevitability of overshooting 1.5oC (and being on the way to a 2oC or 3oC rise) must be seen in the context of the world’s population reaching 9.7 billion by 2050. That is, in the period in which global warming will have passed 1.5oC there will be another two billion people to feed, clothe, house, and employ. In combination these factors will see interconnected environmental, economic, natural disaster, and security challenges that must, and can only, be dealt with holistically.

Is the APS as reformed by the Thodey Review going to be up to the task of supporting ministers facing this level of overwhelming uncertainty and risk management? Maybe. I don’t know. And it’s not clear to me what an alternative structure, if there is one, might look like. But the self-satisfied assumption that the public administration shibboleths that were suited to another time will serve in future is a major failing.

At the very least, government should be developing in the APS the capacity to advise on the interrelated and interdependent reforms of society, industry, transport, energy, the economy, and human security that are demanded by mitigation of and adaptation to global warming. Likewise, a capacity is needed to look holistically at what population growth and climate change will mean for stability and security in the region. And, it should be clear to government from civil turbulence around the globe that an integrated approach to addressing wealth inequality, social justice, equity before the law, and fair access to government services like health and education, is a prerequisite to the necessary political and social stability.