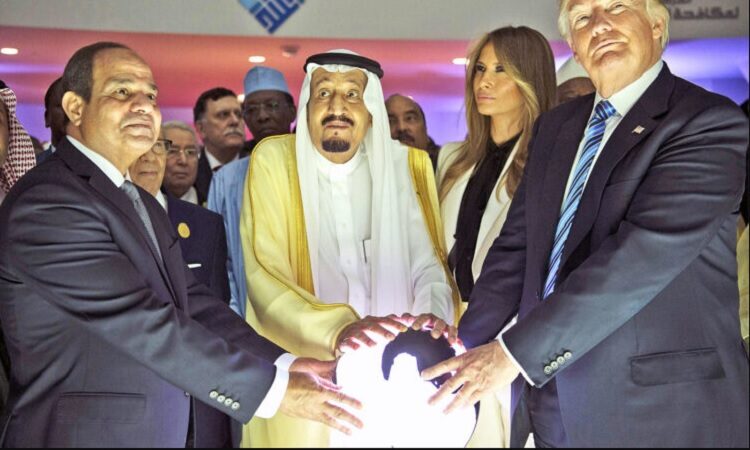 The biggest question in geopolitics is; will President Trump be re-elected in 2020? This issue will be prominent in the private councils of Heads of Government in Europe, Asia and elsewhere. However, the American presidential election will be determined by domestic issues that swirl around a collection of policy issues as well as identity and values.

The difficulty in predicting the next presidential election is compounded by the Electoral College process. The College consists of 538 electors from the States and the District of Columbia. The number of electors from each state is determined by the numbers of Congressional Senators and Representatives from that state. The total number of Senators and Representatives is fixed, but the number of Representatives from each state is determined on a population basis following each census. State legislation controls the election of the College electors.

Historically Trump is likely to be returned. Of the 45 presidents to date, and not counting mid-term transitions to the post as a result of the death of the incumbent, only twelve have failed to gain re-election and only three since World War 2.

Historically Trump is likely to be returned. Of the 45 presidents to date, and not counting mid-term transitions to the post as a result of the death of the incumbent, only twelve have failed to gain re-election and only three since World War 2. Since 1789, eight presidents have died in office, four were assassinated.

However, these are strange times, and politics in the US are strongly partisan and fiercely contested. Just how confused the domestic situation is and how difficult to divine the electorate’s reaction to Trump’s first term is shown in four PEW Research Centre surveys.

Trump talks up the performance of the economy during his first term and sees the stock market and low unemployment as pluses. However, a December 2019 PEW survey points to some weaknesses in this narrative. The main finding was that most Americans say the current economy is helping the rich, hurting the poor and middle class; 64% of poor and 58% of middle class said they were being hurt a lot or a little in the current economy.

The views on the economy were found to be highly partisan. Overall 75% of Republicans thought economic conditions were good or excellent opposed to 59% of Democrats who describe them as only fair or poor. Even a majority of poor Republicans claimed the economy was excellent or good. High among the concerns expressed across the board were the availability of jobs, the cost of health care, and the cost of food and consumer goods. Any downturn in the US economy could show up magnified in polling results.

The consensus is that Trump also gains politically because of the support of religious communities, particularly white evangelicals. Trump is increasingly aligning himself with these groups. But, like everything else is American politics, the picture is not necessarily that clear cut.

In November 2019 PEW published the results of a survey into American views on religion. A majority of Americans still see churches and religions as having a positive impact on society, at the same time 78% perceive religion as losing its influence in American life. This sentiment undoubtedly plays a part in Trump’s political positioning, where he hopes to capitalise on the fact only nineteen percent of US adults believe the Democrats are friendly towards religion.

This might not be the strength Trump hopes. Interestingly PEW found ‘More than six-in-ten say churches and other houses of worship should not express their views on day-to-day social and political matters, and three-quarters say religious organizations should not endorse candidates for office’. In addition the place of religion in the US is further undermined by de-Christianisation as shown in an October 2019 survey. Over the past decade the number of Americans identifying as Christian has declined twelve percent.

Overshadowing all the other factors bearing on the 2020 election is the polarised electorate. Yet even here PEW found that within the Republican and Democratic parties there is a wide divergence on issues. For example, among Republicans over fifty, only 42% believed diplomacy was the way to ensure peace whereas 65% of those under fifty thought so. Similarly, among the over fifties Republicans, 31% thought legalising same sex marriage had been a good thing while 53% of the younger cohort did.

Of white Democrats, 89% did not see belief in God as necessary to holding good values as opposed to 44% of black Democrats. Democrats with college degrees were more inclined to give credit to government than non-college graduates, 66% to 43%, and they were more inclined to think immigrants strengthen American society, 89% to 73%.

Overall Americans considered health care, drug addiction, affordability of education, fiscal health, and climate change to be the big issues. But partisan differences were stark and demonstrated the wide gap in the US electorate.

A Trump emboldened by a second term, an outcome almost certain to ensure the continuation of Republic dominance of the Senate, means greater uncertainty and strategic risk for the world. But the outcome is not predetermined

It is not possible to overstate the possible consequences flowing from a Trump re-election. The impact his administration has had on alliance relationships, world trade, the norms of international relations, and the global security situation has been very significant. A Trump emboldened by a second term, an outcome almost certain to ensure the continuation of Republic dominance of the Senate, means greater uncertainty and strategic risk for the world. More than any previous presidential election, even more than the rise of the neo-cons, the 2020 election could presage a very dangerous era in world politics.

The outcome is not predetermined, as the PEW surveys indicate. And there is still a long way to go. Prudent strategic policy settings would assume the worst; that relations with China would worsen during a second term, the prospects of conflict in the Middle East and on the Korean Peninsula would increase, alliance relations become more difficult, and military adventurism in Latin America more probable.

The presidential election will be the most important geopolitical event this year.