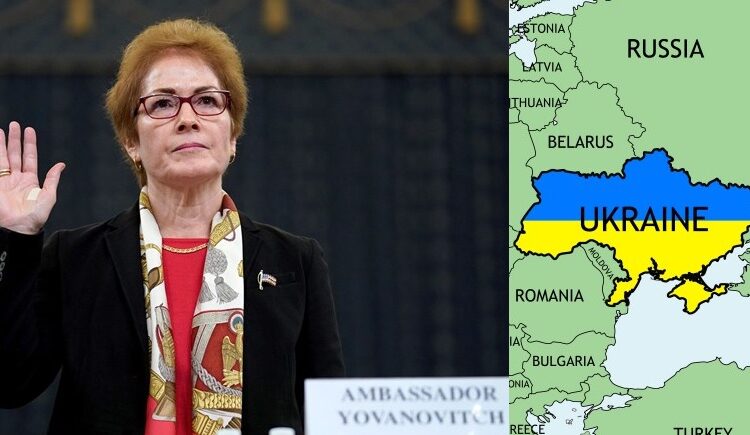 Witnesses appearing before the US House of Representatives’ impeachment hearings have regularly connected Russian aggression in Ukraine with US national security. The overwhelming international consensus is that Russia’s annexation of Crimea and involvement in hostilities in Donbas are contrary to international law and norms. The US’s military and diplomatic support of Ukraine against Russia is clearly crucial to the Ukrainians. But just how is Ukraine important to the national security of the United States?

Fiona Hill said that Ukraine ‘plays an important role in our national security’. David Holmes declared that ‘it is critical to our national security that we stand in strong support of our Ukrainian partners’. Those judgements are consistent with other witness testimony. It seems so obvious! However, Ukraine is mentioned only once in the 2017 US national security strategy, as evidence of Russia’s ‘willingness to violate the sovereignty of states in the region’.

The Russian threat to Europe is seemingly palpable. Russia maintains a massive conventional military presence, particularly ground forces, just across the shared border and is actively seeking to disrupt the enlargement of the EU and NATO and to weaken the position of the US in Europe. The employment of military force in Ukraine carries an unambiguous message to Europeans that Russia is prepared to defend its interests and security militarily.

But it’s also at least plausible that Russian aggression in Ukraine and the Crimean annexation are defensive actions designed to warn Eastern European states against becoming a source of security threats. Crimea’s annexation can be viewed as a pre-emptive move to counter encirclement and containment and prevent the loss of strategically important Black Sea bases and access to the Mediterranean.

European and US security have been regarded as indivisible for at least a century. While Russian aggression in Ukraine could be intended to destabilise Europe, the Europeans themselves don’t seem that alarmed. Breaches of international law by invasion and annexation are a concern, but they don’t regard it as a direct threat. As Tormod Heier has observed, even after Crimea few NATO members ‘perceive Russia as an existential threat’.

Nuclear weapons aside, Russia doesn’t pose a direct military threat to US territory in the same way it does to Europe. The US’s nominal GDP is 13 times Russia’s and its military expenditure is more than 10 times greater than that of Russia. Russia’s power-projection capabilities, by sea or air, don’t compare to those of the US. So the US’s national security interest in Ukraine cannot rationally arise from the perception of a genuine conventional threat to American territory.

For the witnesses at the impeachment inquiry, the threat therefore must be indirect. The US has evinced a concern that Russia presents a general threat to the rules-based international order. If the world were actually governed by a set of universally observed rules, particularly relating to the use of military force and the conduct of war, a breakdown of such rules could be said to indirectly affect US security.

Military adventurism and disregard for national sovereignty in Europe dragged America into two world wars. It could be argued that enforcing bans on such behaviour is in the US’s national security interest. Except the US has consistently undermined the rules set out in the UN declaration specifically addressing those matters and ignored the Security Council resolutions that are the consensus application of those rules. Its actions with respect to Israeli annexation of the Golan Heights, sovereignty over the settlements, and recognition of Jerusalem as Israel’s capital are not only the stand-out examples, but they also draw obvious comparisons with Russia and Crimea.

The ideological struggle of the Cold War was perceived as a zero-sum game; the loss or gain of distant territory by a third party through military action or subversion was regarded as a weakening of national security.

The phrase ‘national security interest’ still carries the automatic weight of that era, although the original substantive context that gave it a global application has vanished. The term today is used reflexively and uncritically to justify an increasing range of actions.

In his 1941 work The impact of war, distinguished Harvard political scientist E. Pendleton Herring identified the American tendency to treat peace and war as distinct situations as the reason the US was never prepared for the next major war. It was an important insight. Herring popularised the term ‘national security’ and pioneered thinking on a greater emphasis on military preparations in peacetime.

Emily S. Rosenberg points out that a number of historians since have observed that after 1945 ‘national security’ became the ‘commanding idea’ supplanting ‘national interest’ and ‘collective security’. The concept was institutionalised in President Harry Truman’s National Security Act of 1947.

Following this, ‘advocates of almost everything and anything scrambled to affix the popular label of national security to particular postwar agendas’. The testimony from officials at the impeachment hearings indicates that it remains irremovable from international relations language.

This is only a problem if it leads to unexamined and lazy, reflexive analysis in strategic policy. There are a number of credible foreign policy and geopolitical reasons that justify the US’s support for Ukraine—like support for human rights, support for humanitarian efforts to end the carnage, or support for the principle of sovereignty. Limiting the spread of Russian influence in Eastern Europe to reassure allies might be another. But to simply use the phrase ‘national security’ repeatedly to enhance the importance and priority of an issue dilutes the concept.

It is commonplace nowadays to observe that the world is becoming more complex and, perhaps, more dangerous as economic and military power relativities continue to shift. In such circumstances it seems prudent to have clarity around national interests and to avoid shorthand terms that tend to discourage analysis and articulation of those interests. National security is one of those terms.