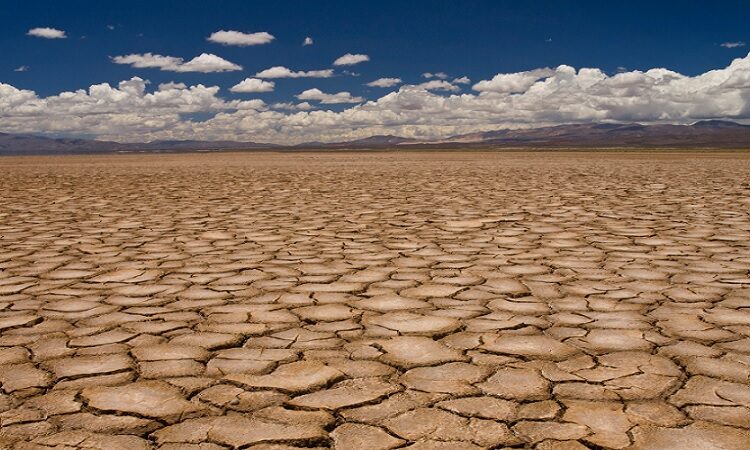 The future international environment is now coming into focus. It doesn’t look promising. Government approaches to defence and human security will need to undergo a radical reassessment if they are to ameliorate the adverse effects. Global warming and population growth will be the weft and warp.

The real import of climate scientists’ work cannot be captured in simple headlines which obscure the complex regional distribution and variations in the impacts of global warming. Learning that an increase of more than 1.5°C in global temperature above pre-industrial levels is now unavoidable tells us nothing about the pertinent effects on Southeast and East Asia, for example.

The rate of greenhouse gas emissions across the world continued to rise in 2018 or 2019. Last year was the hottest on record for Australia and in the world’s oceans. If the worst performers of the 57 countries responsible for 90% of global emissions—China (27%), the US (15%), Russia (5%) and Japan (3%)—were to lift their game to match the best performers, it would ‘still not be sufficient to prevent dangerous climate change’.

The UN Environment Programme’s emissions gap report observes that there’s ‘no sign of GHG emissions peaking in the next few years’. Over the next 10 years, global emissions must reduce by 2.7% per year to avoid a 2.0°C rise in temperature, or by 7.6% to stay under 1.5°C. The UN admits the ‘size of these annual cuts may seem shocking’, but warns that ‘[a]ny further delay brings the need for larger, more expensive and unlikely cuts’. That’s the reality.

The Intergovernmental Panel on Climate Change assesses that ‘[c]limate-related risks to health, livelihoods, food security, water supply, human security, and economic growth are projected to increase with global warming of 1.5°C and increase further with 2.0°C’. Extrapolation of the current trend indicates that 1.5°C likely will be exceeded by 2040. A 2.0°C rise by mid-century is the prudent minimum outcome for government planning.

Australia will need to go beyond the government’s ‘balanced’ approach to prepare adequately. The expected impacts of changes in the range, frequency and strength of temperature shifts, as well as variations in rainfall and storms, will affect different geographical locations differently. That means the impact on agricultural practices, landscapes and demography will need to be understood, not just in Australia but in our region and beyond. The immediate effects might include water shortages, hunger, flooding, fires and pandemics. The secondary effects could see massive population movements, serious civil unrest and conflict.

The other theme is population growth. The inevitability of overshooting 1.5°C is also in part a consequence of the world’s population, which is projected to increase by 10% to 8.5 billion in a decade and to reach 9.7 billion by 2050. That is, in the period in which global warming will have passed 1.5°C (and be on its way to a 2°C or 3°C rise) there will be another two billion people to feed, clothe, house and employ.

Last year the IPCC produced special reports on global warming of 1.5°C, the ocean and cryosphere, and climate change and land. They should be required reading for anyone doing strategic policy or advising government. They are alarming. They are also complex and comprehensive and may require a level of scientific literacy and sustained attention not often found in cabinet ministers. However, ministers must be equipped to explain these matters to the public. Because domestic human security and the external threat environment will be heavily and sometimes decisively determined by the factors explored in these reports.

The contributions of Peter Layton and Chris Barrie to these issues are valuable. In the past, it has been a priority to ensure that providing aid and disaster relief doesn’t divert the Australian Defence Force from its core function. While the recent bushfires have shown that there are unique and valuable capabilities the military can bring to a disaster, Layton’s suggestion that the ADF develop a dedicated capability to assist with fires, floods and cyclones is misplaced. A professional, fully funded and equipped, dedicated civilian national emergency response organisation would offer more flexibility, provide a greater range of responses and have no competing demands on it services. But that is just addressing symptoms.

Barrie’s piece covered the broader issue of where in government the policy responsibility for global warming challenges should lie. Allowing it to get swallowed up in the all-consuming national security maw of Home Affairs and Defence would be a mistake. These agencies undoubtedly will see greater demands placed on them; mass people movements will involve the immigration, border protection, and customs functions, and the ADF will need to be ready to respond to disasters and conflicts in our region, including disputes over resources.

Australia’s response to the impacts of climate change will require its own department.

Effective adaptation to global warming requires a comprehensive understanding of human security. It requires a deep and systematic transformation of how we do things—from agriculture to transport, from urban planning and construction to energy production and distribution, and from industrial organisation and production to water and land management. Governments will only reluctantly and slowly find the courage to engage with the unavoidable disruption.

High levels of coordination between experts with specific technical, engineering and scientific skills will be needed and primacy for human security will be essential. Expert monitoring of the regional impacts of global warming and identification of its economic, trade and security implications will also be needed.

Dealing with the impacts of global warming must not become sidelined by narrowly defining it as a national security issue. Nibbling at the edges of the global warming phenomenon will not suffice. Australia’s ability to defend itself will ultimately depend on how robustly adaptation measures can build natural, economic and social resilience to the challenges yet to come.