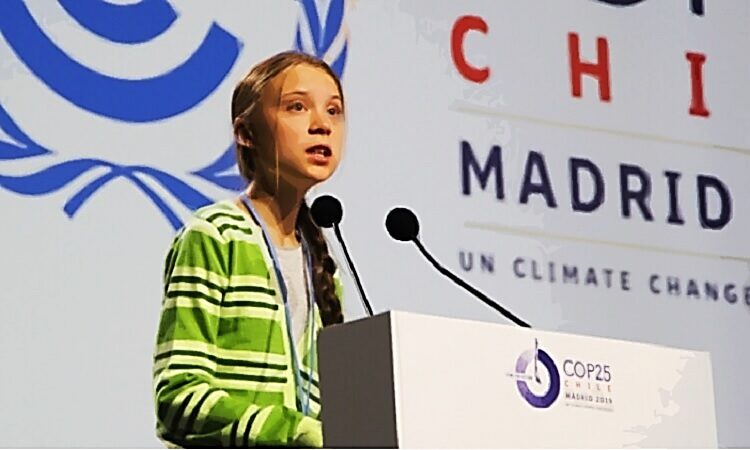 The comments of US Secretary of Treasury Steve Mnuchin concerning Greta Thunberg were meant to be droll. However, they reveal a serious and dangerous cognitive dissonance affecting much of the world’s political elite.

When Mnuchin asked of Greta, “Is she the chief economist” and suggested that ‘[A]fter she goes and studies economics in college, she can come back and explain that to us’ he reveals the frightening depth of his misunderstanding. Economics, in any of its schools, is not a description of physical reality. It is a social science.

As Keynes said, ‘[economics] is a method rather than a doctrine, an apparatus of the mind, a technique of thinking, which helps its possessor to draw correct conclusions’. Economics ‘is not a “normative” inquiry but a “positive” science’ he wrote, ‘it can give no information about what ought to be, only about what is.’It is ‘abstract and deductive.’ Although the ignorance that Mnuchin displays is now commonplace among politicians, no political philosophy can claim justifiably that there is a correlation its political beliefs and economic orthodoxy. Economics is strictly positive; politics are inescapably normative.

There are strong differences among the many schools of economic thought—for example classical, neoclassical, Keynesian, post-Keynesian, Austrian, and Chicago—and also among the many research programs—such as public choice, law and economics, feminist, experimental, and so on. It is probably only, and not uniformly, on the basic assumptions that economics is a positive, value-free science and that all social phenomena are caused by the purposeful actions of rational individuals on which they might agree.

Greta is drawing attention to a hypothesis that is strongly supported by physical science; the world is warming to dangerous levels as a result of anthropogenic introduction of certain gases into the atmosphere. An issue that does demand politicians take a normative stance. The future under 3.0 to 4.0oC warming is not one in which our children and their children ought to have to live because of our inaction. Claiming, as Mnuchin seems to, that economics is the sole determinant of policy action is not simply uninformed, it is a mind-set that will bring about disaster.

The world that we face now is not the ineluctable result of laws of economics. It has indubitably been shaped by politicians who have claimed the respectable authority of economic theories as cover for their political programs of small government, outsourcing, low taxation, and minimal regulation. The world they have created is not one that must be, not the inevitable outcome of disinterested economic forces, but one the political and corporate classes have chosen.

One consequence of adherence of people like Mnuchin the belief that global warming is an economic problem, and that only people with training in economics can sensibly discuss it, is that the indisputable facts from the hard sciences get set aside or down played. Hiding behind the façade of economics, government’s, including that of Australia, have been derelict in not comprehending the climate science and informing their policy on the basis of the results and predictions of the findings of the scientists. Instead, they pay obeisance to an abstract entity in the ‘market’, and worship at the shrine of macroeconomic indicators.

There is an even more insidious aspect to the misapplication of economics by governments around the world. It pertains to the use of macroeconomic and aggregate indicators like fiscal balances, national debt, productivity indexes, share market performance, average incomes, and unemployment as the primary way to describe success. This emphasis hides the lived reality of large portions of the world’s citizens. It also places one of the more insurmountable obstacles in the way of effective mitigation of and adaptation to global warming, as well as placing a brake on efforts by citizens to adopt sustainable living practises. That is the wealth gap that the contemporary political philosophy dressed up as economics has created.

The Credit Suisse Research Institute’s Global wealth report 2019 makes for disturbing reading. It found the top 1% alone owned 45%, and the richest 10% owned 82%, of global wealth in mid-2019. While the overall global picture is complex, the reports shows that between and with states wealth inequality is stark, and while in relative terms there has been progress—for example in 2000 the bottom 90% of wealth holders only had 11% of global wealth and today that figure is 18%—the difference between the richest ten percent and the rest remains massive.

Oxfam’s 2020 Time to Care report exclaims ‘Economic inequality is out of control. In 2019, the world’s billionaires, only 2,153 people, had more wealth than 4.6 billion people’. After a while we become somewhat inured to these types of comparison and shrug our shoulders. But Oxfam’s focus is somewhat different and in a way its message is far more disturbing. ‘This broken economic model has accumulated vast wealth and power into the hands of a rich few, in part by exploiting the labour of women and girls, and systematically violating their rights’.

Over and above the basic injustice and denial of basic human rights that results from this intellectually corrupted system, there is another issue. Finding the resources to mitigate emissions and to adapt to locked-in global warming will require a radical redistribution of wealth.

On one hand governments will be required to step in and force changes through regulation and investment in a way that transforms industry, energy production, agricultural practises, human settlements patterns, land and water management and other factors. Small government won’t do it. On the other, individuals will need greater personal resources to make the changes in their lives that will be necessary for them to pursue mitigation and adaptation.

Taxation will require a fundamental overhaul to fund government efforts and redistribute wealth.

Greta’s comeback to Mnuchin should have been ‘go to college and study the science’!