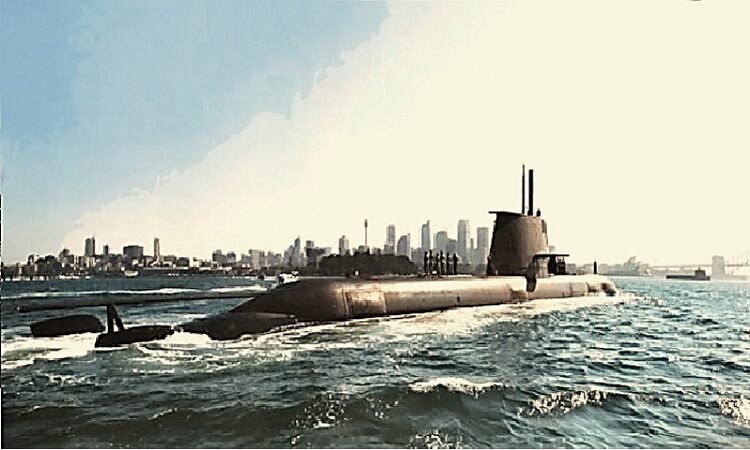 Australia’s SEA1000 Future Submarine project is back in the news following a report by the Australian National Audit Office that identified flaws in the acquisition process and noted a 60 percent (60%) increase in the project’s cost to eighty billion Australian dollars (AUD 80 billion). While not questioning the strategic requirement, Jon Stanford has also argued that this acquisition project is badly flawed. But what is the strategic assessment that underpins an investment of this magnitude over an extended, 30-year timeframe? What sort of capability will be produced by the project, and what sort of conflict would the capability serve? How government imagines the submarines will be employed remains imponderable.

Optimistically, the first submarine will enter service in 15 years and the last around 2050. Given the history of major Defence acquisitions, it’s unlikely this schedule will be met. The changes in war and geopolitics between now and then will have been dramatic. Think the difference in airpower between First and Second World Wars and the global map between 1918 and 1945.

Looking back a quarter of a century, the 1994 Defence White Paper cautiously thought a ‘promising area of investigation is the use of unmanned aerial vehicles for surveillance of land and maritime environments’. The proliferation of lethal military drones wasn’t contemplated. It anticipated planning to upgrade the Collins class sometime in the new century so the fleet would ‘remain effective in the face of developing technology and to take account of developments in conventional air-independent propulsion system’. As Jon notes, something Defence still hasn’t come to terms with. The potential for the ‘revolution in information technology’ seemed modest back then and confined to improving command and control. Big data, AI, hypersonics, and cyberwar had not entered the equation.

Looking forward to how a war might play out in East Asia and the South China Sea sometime beyond 2035, when the new submarines progressively come into service, prediction is even more difficult. Anticipating the technologies and capabilities that will be available to protagonists, or how tactics will evolve, or what discontinuity might have taken place in geopolitics in that time, is not possible.

At best, the credible scenarios seem to fall into two categories: the US withdraws from the Western Pacific/East Asia leaving Australia and the region confront China alone; or the US and its regional allies—Australia, Japan, and South Korea—take on China in a high intensity, decisive conflict for dominance of the region.

The nature of war in each scenario would be fundamentally different. Were Australia and the region to be abandoned, it would be a one-sided affair. The Chinese would deploy significant surface and subsurface maritime assets, no longer required to counter the Americans, to the Timor and Arafura Seas. That is, if they planned to defeat Australian forces in the approaches to the north. They would have other options. In that case, Australian submarines and ships probably would be kept in port. How much attrition could Australia wear?

On current trends the quantity and quality of China’s military capability would massively dwarf that which Australia could muster. Australia might be able to put up a heroic but futile effort in a first battle. There is no reason to believe that if the Chinese had sufficient motivation to undertake such a campaign they would come without the military force required to prevail. It is inconceivable there would be a David and Goliath, or Battle at Thermopylae, moment. Though that seems to be the plan.

The latter scenario, which Jon addressed, would see Australian submarines, or a submarine, and surface vessels joined with US forces off the East Coast of China. The course of such a war is far more difficult to imagine, and especially the contribution of the future submarines, if any are available for deployment before 2050. The most recent great power conflicts provide little guidance.

In Europe the First and Second World Wars  were primarily decided by land battles and bombing, although a major part was played by maritime assets. In the Asia Pacific theatre in the Second World War maritime forces played an even more direct key strategic role as the Allies Island hopped across the Pacific. But land forces in China and on the islands were integral to defeating Japan, as were nuclear weapons. As Hugh White has explained, we have very little idea of how a great power war would be fought today.

Extrapolating from the current situation, a war between China and the US would preclude significant land warfare. The resources required to facilitate a successful amphibious or airborne assault over the Chinese coast would be impractical to assemble and the losses incalculable. The initial battle would be fought with ships, submarines, planes, and missiles. Its outcome would determine the subsequent course of operations.

The ability to mobilise and direct national industrial and human resources for war would be enhanced by China’s centralised political and economic system. A blockade of the Malacca Straits might see the PLA occupy Southeast Asia in order to secure supply routes. China’s rear areas are deep and provide strategic resupply lines into Russia, Central Asia and the Middle East. Serious reversals in the South China Sea would be unlikely to decide the war. China’s land based capabilities are substantial. Recovery from a loss in the South China Sea would be more difficult for the US.

While this is all speculative, presumably the government would have explored at least some scenarios before launching on this expenditure of taxpayer funds. To convince ministers that these expensive assets would have a degree of utility that justifies the investment defence planners must have advised government how they would contribute to Australia’s defence in credible circumstances. How government weighed the crystal-balling of Defence planners, if there was any, remains a mystery.

As Jon pointed out, Australia will be unable to deploy submarines to East Asia until mid-2040s at the earliest. Even then their relative contribution will be trivial. They would be probably of even less value in a lone Australia versus China conflict.

What sort of war is all this investment going to be good for?