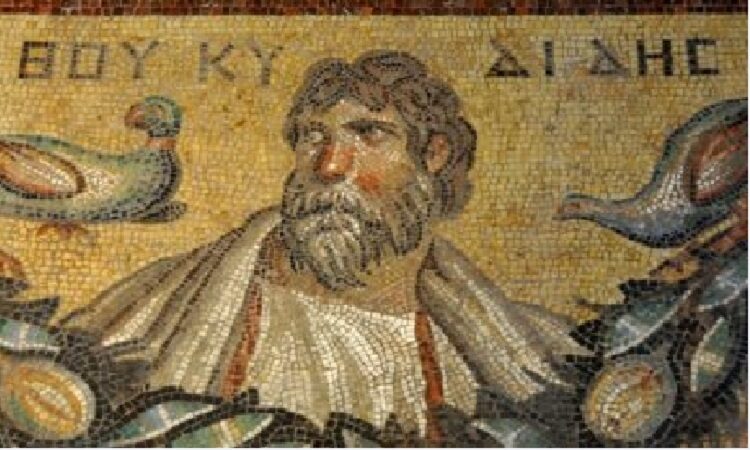 The Belfer Center for Science and International Affairs has announced the winner of the public competition run by Harvard academic Graham Allison to ‘craft a grand strategy to meet the China challenge’. Allison’s concept of a Thucydides’ Trap was the theme of the competition. The lessons of Thucydides are more profound.

Allison’s competition sought an answer to the question set out in his book Destined for War: Can America and China Escape Thucydides’ Trap? The winning entry is characterised by nostalgia for the unchallenged hegemony of the US, American exceptionalism and conceit, limited understanding of Asian states’ interests, and an inability to comprehend geostrategic risks.

Thucydides’ great work has been translated by many and analysed for meaning by many more. In The History of the Peloponnesian War Allison found some near universal law of international relations where war between established and rising great powers is close to inevitable. Of course there are numerous examples of conflicts that happen when nations accustomed to unbridled hegemony begin to lose it.

But there are many ways to read Thucydides other than as a reductive political science treatise on realist power relations. The History can be read as a political allegory tracing a moral arc in Athenian policy that unfolds throughout the narrative. The speeches Thucydides inserts at important junctures emphasise the moral trajectory. It is a moral tale of arrogance bringing down a great hegemonic power.

At the outset is Pericles’ speech in favour of war to the poplar assembly. Pericles belittles the threat posed by the Lacedaemonians and boasts of the greater economic power, military capability, and innate qualities of Athens and Athenians. ‘The advantage’, he assures his listeners ‘will be on our side’. In Trumpian fashion, Pericles asserts ‘Our position, on the other hand, is, I think, free from the defects I have pointed out in theirs, while it possesses advantages they do not share’.

A year later Pericles delivers a funeral oration to boost support for the conflict. Drenched with the chauvinism and jingoism not uncommon in much American rhetoric, Pericles’ oration talks up the unique and the superior characteristics of the Athenians that have facilitated the accumulation of their empire. Athenians ‘shall be admired for having forced every sea and every shore to yield access to our courage’ and for, ‘the evils heaped on foes and the blessings conferred on friends’.

In year following the funeral oration the war was going awry, and the Athenians were suffering from invasion and pestilence, their farms were being pillaged. Pericles policies were being criticised. Thucydides has Pericles again address the assembly. With astounding but familiar immodesty, Pericles derides those displeased with him, depicting himself as ‘a man who hold myself second to none in judging of the course to be pursued’. ‘You voted for war’, he tells the Athenians, down playing his role. In the face of military setbacks, Pericles persists with his imperialist, exceptionalist rhetoric; ‘unpopularity is not long lived, while the splendour of actual power, and its legacy of glory are treasured in unfading remembrance’.

Thucydides was interested in power and the inevitable ends of wielding it without justice. A natural consequence of the use of power was the temptation of war. For Periclean Athens war entailed massive physical destruction, progressive social degeneration, the erosion of moral restraints, and finally by the demise of the Athenian empire.

The leadership vacuum in Athens following Pericles’ death from plague was filled by his rival Cleon. A controversial figure, Cleon’s speech to the assembly in 427 BC contrasts and complements those of Pericles. Cleon had previously won assembly agreement to the wholesale massacre of the rebellious Mytilene allies, and when that policy is overturned he returns to restate his case. It is a speech endowed with a terrible force of practical logic and defiant sarcasm. Cleon is the realist. Morality has no place in politics. Pericles’ legacy of glory a splendour becomes one of mass murder.

‘[E]very time you give way to compassion, you betray a weakness most dangerous to yourselves’, Cleon tells the Athenians. Cleon argues that reversing the decision is bad alliance policy. Slaughtering the population of Mytilene means ‘you will not so often have to drop your arms against your foes, to take them up against your allies’. It is clear Cleon regards alliances as the means to pursue the hegemon’s interest and not those of weaker allies.

The famous Melian dialogue occurs at the mid-point of the History and it exposes the naked immorality and lack of justice inherent in hegemonic power. It is the moral fulcrum of the tale as the Athenian Empire’s downward path takes it into humiliating defeat and it is reduced to a tributary state.

The trap in Thucydides is not the one Allison finds. It is in the illusion that the contingent circumstances that enable one state to become a hegemon are a reflection of some inherent superiority of the nation and its people rather than being inadvertent and transitory. It is in the mistake of not realising that exercising power without moral underpinnings leads to disaster not victory. And crucially, the trap is in allowing emotion to override common sense because of flattering populist rhetoric and exhortations to nationalism and exceptionalism.

In some ways Trump is an amalgam of Pericles and Cleon and perhaps his ascendancy will similarly coincide with the apogee of a hegemon’s story. His Administration’s disregard for the constraints of international norms and law, callous imposition of hardship on innocent populations through sanctions, and arrogance and unilateralism in dealing with allies all have echoes in Thucydides.

While the winning entry in Allison’s competition didn’t rise to the speeches of the Athenians, the failings of Pericles’ policies lurk there ill-disguised. Avoidance of a disastrous war with China is primarily dependent on a reappraisal by the US of the foundations and objectives of its foreign policy and the acceptance of its lesser place in the new international order, not grand strategy.