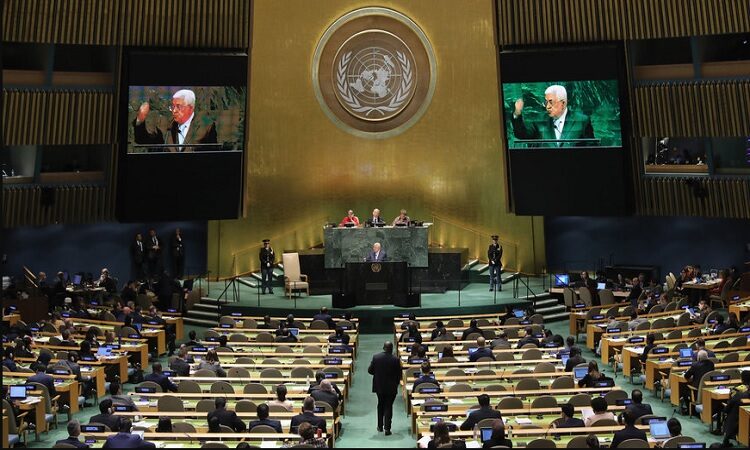 The important institutions of constitutional democracy and international law have recently suffered serious damage. The long-term prospects for peace and stability have been undercut as a result.

The US Senate’s failure to fulfil its constitutional role of constraining a monarchical president weakens the credibility of the US as a promoter of democracy and the rule of law. The US has been brought closer into alignment with the new gang of illiberal autocrats.

In the past, presidents used the potency of the American liberal democratic ideal to rally like-minded nations and to rein in and chasten the world’s miscreants. The liberty and justice rhetoric appealed to and generated hope among peoples suffering under autocracy and oppression. The ideal inspired and could be leveraged for influence. While US society was never perfect, American leaders always claimed to be progressively moving towards its ideal and that was the basis of US claims for world leadership.

Perhaps this tarnished reputation won’t persist beyond the Trump presidency, or maybe the failure of the democratic institutions will shape perceptions for a long time. In the short term, licence has now been given to Trump to exercise the enormous political, military, economic and financial might of the US however he sees fit, with little fear of effective oversight by or accountability to Congress.

This could be a geopolitical inflexion point that will shape the international environment for at least the next five years and probably well beyond. Nascent democracies and peoples struggling against corrupt and autocratic regimes will find less moral support or inspiration from America. The prospects for liberal democracy, multilateralism and international cooperation now seem even dimmer.

The other blow to peace and stability was delivered by Trump’s Middle East peace plan. An undisguised gift to Israel, the plan is clearly unacceptable to the other Middle East states, the Europeans and the Palestinians. Its provocative character may be a harbinger of a new direction for the Trump administration’s foreign policy. The contempt it shows towards normative international law is a major concern.

Consensus on international law and the UN Security Council’s central role are important. Reflecting on the occasion of the 75th anniversary of the UN Charter, members expressed concern about the current level of adherence to its authority. In a statement, the council’s president reminded the world, ‘The Security Council reaffirms its primary responsibility for the maintenance of international peace and security under the Charter of the United Nations, and in this context, underscores the need for all States and international and regional organizations and others to have respect for the Charter.’ A desperate plea.

In theory, the Security Council is the most powerful organisation in the history of the international system. The five permanent members account for the bulk of the globe’s military spending, and their political and economic influence is unsurpassed.  For the world’s most powerful states to be united in a single political–legal structure is unique. The council has not always lived up to expectations; it was particularly fractious during the Cold War and is regularly ignored now. However, it remains an important body.

The Security Council was created as a formal organisation by chapter V of the UN Charter, and its roles and the extent and limits of its authority are contained in chapters VI, VII, VIII and XII. The council sits at the centre of international laws of war. Its decisions are binding on UN member states.

Trump’s ‘peace to prosperity’ proposal crowns his administration’s serial disdain for international law, already evident in its recognition of Jerusalem as Israel’s capital and of Israel’s sovereignty over the Golan Heights. Apart from a blatant rewriting of the history of the conflict and whitewashing of the role of Israel, and excusing Israel’s abnegation of its responsibilities under the Geneva Convention, the plan offers a self-serving misrepresentation of Security Council resolution 242 of 1967. The main tenets of the peace plan’s proposals stand in contradiction to both the Security Council and established international law.

More significantly, despite the force of resolution 252 of 1968, for example, which reaffirmed that the acquisition of territory ‘by military conquest is inadmissible’ and that measures and actions ‘which tend to change the legal status of Jerusalem are invalid’, the peace plan does both those things. In principle, the land grab of the West Bank and the Jordan River Valley validates aggression. As does the specious argument that ‘withdrawing from territory captured in a defensive war is a historical rarity’, and therefore Israel has ‘valid legal and historical claims’ because the West Bank is ‘part of the ancestral homeland of the Jewish people’.

It was precisely to prevent the recurrence of annexation of land through war for any reason and the refusal to withdraw that the Security Council was established. Such acts historically have been disruptive of peace and stability. Without an enforced norm to prevent forceful annexation there are no grounds on which to criticise Russia in Crimea.

Our current international legal framework and institutions bear the deep lessons drawn from the failure of the League of Nations and the causes of World War II. The great hope after the war was that peace and stability could be maintained through the UN and by the Security Council and the application of international law.

The US has generally, but not always altruistically, used its leadership position to exert moral suasion over the international system. As America’s leadership declines, it seems to also be abandoning the hope of settling international conflicts justly, peaceably and within the legal norms.

International law is a fragile thing. When it falls into disuse lawlessness between states becomes more likely. The prospects for peace and stability are now being seriously weakened.