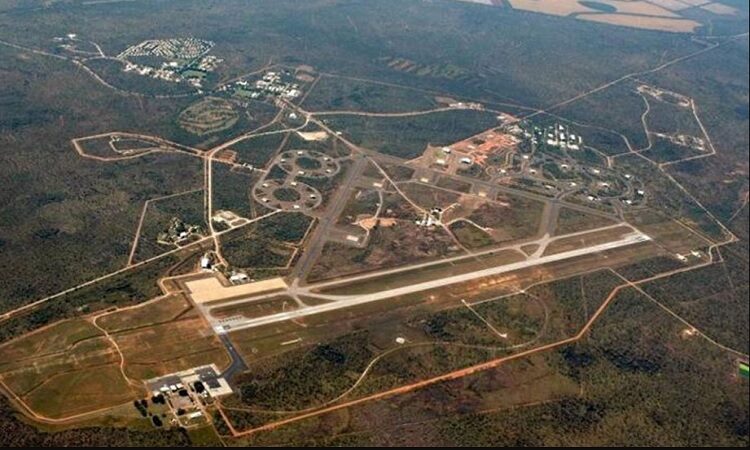 In similar articles appearing in The Australian newspaper and on the website The Strategist,  Peter Jennings has lauded the government’s decision to refurbish and expand the Royal Australian Air Force (RAAF) Base Tindal in the Northern Territory as ‘a giant strategic step forward’.  In these articles, which contain oddly emotive language and more than a touch of vitriol towards those who disagree, ASPI’s Executive Director seems to overstate the case.

For The Australian’s  readership, the article carried the hairy-chested headline ‘Letting the Beijing bully know this is our neighbourhood’. Jennings’ exaggerated rhetoric is not what might be expected from the head of a leading think tank focused on strategic policy. For example, it is not the case that China has ‘annexed the vast bulk of the South China Sea’ or brought ‘Chinese air and maritime power into the heart of Southeast Asia’.

Apparently Jennings expects a certain section of the interested public to dissent from his views. This group is dismissed as ‘a variegated collection of China boosters, US alliance haters and people determined to see in our modest defence companies a ‘mini-me’ military–industrial complex’. He anticipates complaints ‘about the government’s initiative’ and people declaiming ‘ASPI’s gall in talking frankly about the strategic risks posed by an assertive, authoritarian China’. Well, yes and no.

To argue against putting Australia on a path to a possible war, and potentially locking Australia into that decision without consultation with the electorate or seeking the endorsement of Parliament, is neither being pro-China or anti-American. It is certainly a different issue from Australia’s efforts to establish a defence industry.

That ASPI pushes a particular line on China that is indistinguishable from that of the Americans is not a cause for taking umbrage, nor is the strong support shown by its key staff for the US alliance. However, this debate is important. What is perhaps most concerning about Jennings’ pieces are the lack of balance and the pirouetting blithely over the strategic issues and possible consequences; not to mention dressing up imaginary internal Chinese appreciations of the alliance as analysis.

Jennings makes some strong claims for this project. It ‘will deliver a firmer deterrent posture and a closer alliance with the US’ and ‘could also be the basis for a greater Australian leadership role in the region’. The paternalistic desire for Australian leadership in the region, perhaps aping US pretensions of world leadership, is a separate and more complex issue. It is one that seems to imply that the robustly independent states in Southeast Asia lack the capacity to determine their own strategic interests in a manner similar to the way Jennings seems to think Australia doesn’t need to distinguish its interests from those of America.

Interestingly, the SIPRI report Arms flows to Southeast Asia demonstrates a significant degree of independence and ability to resist US pressure in their military acquisitions. Russia has been the primary source of military equipment in Southeast Asia for a long time, and between 2014 and 2018, Russian sales to the region were 180% of those of America. Indonesia’s three top arms suppliers were Russia, South Korea, and the Netherlands over the past decade, Malaysia’s were Russia, Germany, and Spain, and Vietnam’s were Russia, Israel, and Ukraine. The SIPRI report notes ‘it is clear that China, and its ambitions in the South China Sea in particular, is probably seen as the most imminent threat by at least 6 of the 11 South East Asian states: Brunei, Indonesia, Malaysia, the Philippines, Singapore and Viet Nam’. They don’t seem to require Australian leadership to assess their situation.

How refurbishing this relatively basic airfield will enhance deterrence is hard to understand. Deterrence is primarily an effort to shape thinking of a potential aggressor. Tindal is too far away to play a major role in Chinese strategic calculations in the South China Sea and Northeast Asia. Compared to the US and allied forces already present in those theatres, it is difficult to see Tindal supporting more than a trivial, if any, force projection capability into those regions.

Perhaps Jennings has in mind deterring a Chinese attack on Australia. A situation that surely would only arise were the US expected not provide support to Australia. If, in the inconceivable situation where China did have sufficient reason to attack Australia while US security guarantees remained strong, the operational capacity that Tindal provides would be inadequate to deter or defeat a serious Chinese assault.

In Jennings’ assessment ‘China views Australia’s defence alliance with the United States with a mix of envy and puzzlement’. China is envious because it could never build the willing partnerships of the kind that give Australia privileged access to military technology and intelligence. It is puzzled, Jennings surmises, by relationships ‘based on trust, strategic interest and shared values’.

Alternatively, China’s history might actually provide it with a superior understanding of the alliance than Jennings credits it with. It has had significant experience with tributary states willing to override their own interests in order to acquiesce in the strategic interests of a hegemon. The Chinese rulers are more likely to look with bafflement on a small country physically distant from Northeast Asia yet willing to openly plan and force structure on the assumption of fighting a war it cannot influence against a state crucial to its economic prosperity and towards which China shows no indications of threatening militarily.