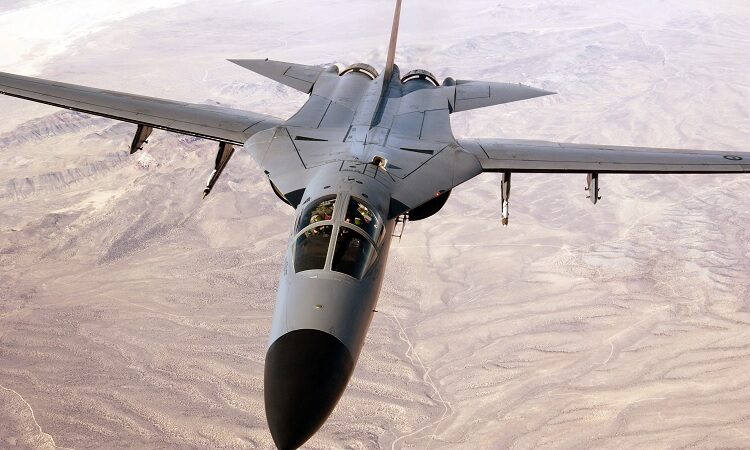 Some confusion has emerged (see here and here, for example) over strategic strike, where a threat to an adversary’s key war-making assets produces a deterrent effect, and tactical strike, where an effect is sought on the battlefield. The provenance of the concepts in Australian strategic thinking is closely tied to the acquisition of the F-111 fighter bombers.

The Australian government’s decision to acquire 24 F-111s was made in the context of the 1963 federal election and was influenced by the need to replace the Canberra bombers, concerns about Indonesian President Sukarno, and Prime Minister Robert Menzies’s desire to further cement US–Australian relations. Nevertheless, the F-111’s range and operational characteristics made it much more than a Canberra bomber replacement and it introduced a capability that met a perceived strategic concern about communist powers gaining access to bases in the archipelago.

Following the F-111s’ entry into service in 1973, the 1976 ‘Strategic basis’ paper, Australian strategic analysis and defence policy objectives [documented in A History of Australian Strategic Policy since 1945], set out dual force-structure requirements for ‘naval and air strike components capable of deterrence and effective action against maritime forces at sea and neighbouring operational bases’. One was for strategic strike against war-making potential, and one for interdiction. The state of military forces in the region at that time meant the F-111s could hit political targets, strategic headquarters and critical infrastructure with precision and impunity. While there was no credible prospect that this capability would actually be necessary, in the prevailing geostrategic circumstances it still provided a powerful deterrent.

For the next four decades, the F-111s retained their regional strategic strike potential. During that time, military threats from or through the archipelago continued to be regarded as remote. The 1976, 1987 and 1994 defence white papers continued to ritually stress a priority for strike capabilities. The F-111s were recognised as having a significant regional deterrent role, while at the same time there continued to be little sense that Australia would ever have to employ these forces in that way. The strategic strike role seemed justified because of the formidable strike assets in the inventory.

The 2000 white paper argued that strike assets needed to be able ‘to attack hostile forces in the territory of an adversary, in forward operating bases, and in transit to Australia’. The F-111s and the air-to-air refuelled F/A-18s would do the job, augmented by long-range missiles.

After the F-111s were retired, the 2009 White Paper continued to describe the strike role as the ability ‘to conduct land strike operations against various strategic and operational military targets, such as an adversary’s operating bases, staging areas and critical military infrastructure’.

The geostrategic situation in East Asia was already changing when the 2016 White Paper argued for the now traditional capability for ‘offensive strike operations against the military bases and in-transit forces of a potential adversary’. It added an additional requirement for strike capabilities that ‘allow Australia flexibility in rapidly responding to threats against Australia and providing military contributions to coalition operations in our region and globally’. The distinction between strategic strike and tactical or operational strike capabilities was becoming a little confused.

Initially, the F-111 was a genuine strategic deterrent because the aircraft gave Australia the capacity to degrade the national war-making potential of an adversary based in the archipelago at little cost. It was more potent because of the disparity in economic and military power between Australia and regional nations. Now, the concept of strategic strike has become detached from the means to achieve genuine deterrence and been merged with tactical strike. It’s a hangover from an era of no credible threat and joins ‘fitted for but not with’, ‘warning time’, and ‘expansion force’ as a redundant concept.

A 2018 RAND publication set out three important themes for approaching deterrence: understanding the larger geostrategic context, shaping the thinking of a potential aggressor, and recognising that deterrence happens in a complex decision-making process that unfolds gradually and is not characterised by a single decision point.

The problem for Australian policy with working off the RAND report as a playbook is that it’s written from the perspective of the US deterring major aggression in theatres a long way from North America. The presumptions are those of a great power. So, while three principles it sets out are relevant, the notions of deterrence by punishment and deterrence by denial that the report’s authors address are beyond Australia where China is concerned.

Employing long-range missiles against a Chinese base in the Pacific, for example, is not strategic. The power relativities are reversed. Deterrence works better when the stronger power with more options is doing the deterring. RAND paints a more complex picture of effective deterrence than just a single tactical strike, noting that ‘the calculus of cost and risk across a range of possible alternatives’ needs to be changed, ‘causing the potential aggressor to prefer a different option from the one that we are trying to deter’.

China could more easily dissuade Australia from firing on its bases. A binary scenario posing a missile threat against a missile threat is unlikely to prove an effective deterrent when China would have many military means, as well as economic and other options, for achieving its objectives. Discouraging a particular military act doesn’t affect strategic relativities. The potential adversary would not be deterred from aggression more generally.

China’s options to deter Australia from acting seem vastly more persuasive than the reverse. China is the only one in this hypothetical contest that could effectively degrade the other nation’s war-making capacity.

It was the geostrategic situation that made the F-111s seem an effective strategic deterrent. As it never was credible that a major power would become established in the region, in practice only regional states could have been deterred. Now, without the ability to threaten, degrade or destroy China’s essential war-making ability, there’s no strategic deterrence. Strategic deterrence is a game for the nation with the preponderance of power and broad options.

First published in the Australian Strategic Policy Institute’s The Strategist on 25 March 2020.