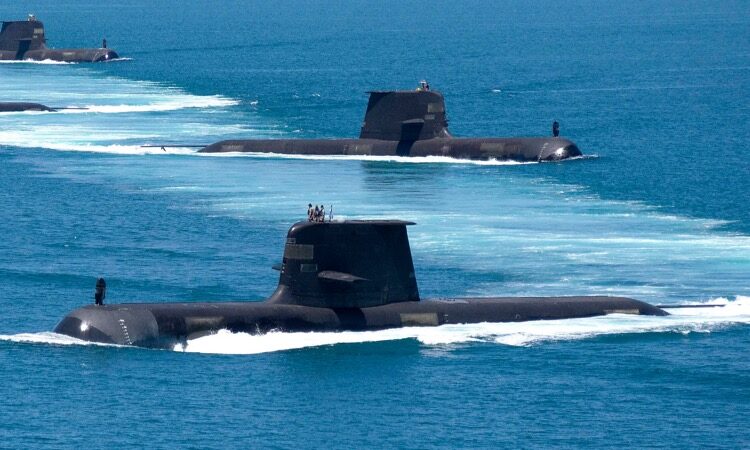 A flurry of submarine related commentary has followed the release (March 2020) of an Insight Economics report,  Australia’s future submarine: do we need a plan B?  Its arguments for submarine capability, and for a Collins 2.0 class to fill in until the Attack class enter service, lean very heavily on a rather fuzzy concept; the capability gap.

At the National Press Club and in print, Hugh White and Peter Jennings have debated the report’s recommendations. While White and Jennings take opposing stances on the report, they take the ‘filling the capability gap’ argument, proffered by Insight, as a given. White refers to a ’shortfall’ in submarines and Jennings to a ‘gap filler’.

Optimistically, the Attack class submarines would gradually enter service between the late 2030s and the early 2050s. The Collins class fleet reaches its design life between 2026 and 2034. Oops! A capability gap! Insight Economics claims, ‘[t]his implies a very substantial capability gap’. But, in fact what will occur is a platform gap. The prospect of no effective submarine service for 10 to 15 years.

Capability is a concept of impressive elasticity in defence policy. In the strategic basis papers between 1946 and 1976 [documented in A History of Australian Strategic Policy since 1945], capability was employed in a broad national strategic sense; as in defence capability, operational capability, independent capability, military capability, expansion capability and a limited war capability. The Defence White Papers since 1987 generally referred to capability in terms of specific roles the ADF needed to perform, often indicating the particular service(s) that would undertake the role—Army, Navy or Air Force—and the platform or platforms needed.

In 1987, the capabilities to undertake ‘surveillance and patrol operations in our maritime resources zone’, to ‘protect shipping in coastal waters and in our focal areas and ports’, and to conduct ‘air defence within our maritime areas and northern approaches’ were among the priorities. The 20 P-3C Orion long range maritime patrol aircraft were part of the solution to the first priority, a new class of inshore minehunters the second, and the F/A-18 Hornets, then replacing the Mirages in the Tactical Fighter Force (TTF), would undertake the third role.

These force structure solutions were credible only because of the level of regional military capabilities. The conceptual ladder from strategic assessment, to operational role, to tactical equipment, was relatively transparent and clear; connecting a national strategic defence capability need to the platforms and weapons intended to produce an effect on the battlefield.

An analogy will be helpful at this point.

Say a man living in a rough neighbourhood has concerns about his safety. He might consider acquiring the capability to enhance his security. After assessing the behaviour, reputation and size of his neighbours, and determining none of them have dogs, he gets a mean dog. That dog has filled a strategic, operational, and tactical capability gap. It has provided him with a means of dissuading any hostile neighbour from attacking him and, if one did, also a way of defending himself.

Some neighbours then feel threatened themselves and acquire a dog or two each, some even bigger and meaner than the man’s dog. Then he has a capability gap again and gets another, maybe bigger dog to redress the new security environment. One of his dogs might run away creating yet another capability gap which he has to fill to secure himself again. Such is the security dilemma.

Then a new bigger, richer neighbour with a pack of big, mean dogs arrives in the neighbourhood. The man no longer has a capability gap. He will not be able to afford to buy and keep as many dogs, or as a mean a pack of dogs, as the new neighbour. His situation has changed, the neighbourhood has changed, and the means of securing his safety must change. The idea of a capability gap becomes redundant. Increasing his dog capability will not solve his security problem now. It even might be seen as provocative and invite an unwanted response from the new neighbour.

Perhaps flowers, chocolates and an invitation to tea would be a better avenue!

Australia’s underwater dogs, the submarines, which in past times offered a considerable deterrent to unfriendly neighbours and a potent regional capability if hostilities broke out, now confront a neighbour with bigger, meaner, and cleverer dogs and a lot more of them.

Outdated terms-of-art are spread through defence policy unchallenged. They are so common, and have acquired such authority, that the need to define or explicate them is deemed unnecessary. They shut down arguments. However, terms like capability gap carry unexamined assumptions from a time when submarines, P3C-Orions, and minehunters were effective.

The Insight Economics proposal is complex. But put simply, to fill the supposed submarine capability gap it proposes that, in addition to extending their operational life, a two-year design exercise should be undertaken for an upgrade to the fleet—a Collins 2.0. This design would then be ‘competed’ with the French Attack class design with the intention of either finding the cheapest option or introducing competitive pressure into the Attack class procurement process.

If acquiring cost-effective submarines and putting some discipline and risk management into the procurement process are the objectives, Insight Economics’ criticisms are sound and its analysis is attractive. If submarines are what is wanted.

Putting aside the eye-watering dollar amounts in this project, it seems odd to expect submarines to fill a capability gap in thirty plus years. The US Navy (link opens 2.53MB pdf) and China’s PLAN are already pushing ahead with unmanned underwater vessels to carry out the very roles identified for the new submarines in the 2016 White paper: anti-submarine warfare; anti-surface warfare; and intelligence, surveillance and reconnaissance.

China already has many big mean dogs and is getting more. Australia needs to recognise that if that’s the threat, a blue heeler won’t help.

US Department of Defense (2019) Military and Security Developments Involving the People’s Republic of China. Released 2 May 2019. Download (pdf 18.3MB) here (or, if moved, it can be found at  https://www.defense.gov/Newsroom/, under “Publications”)