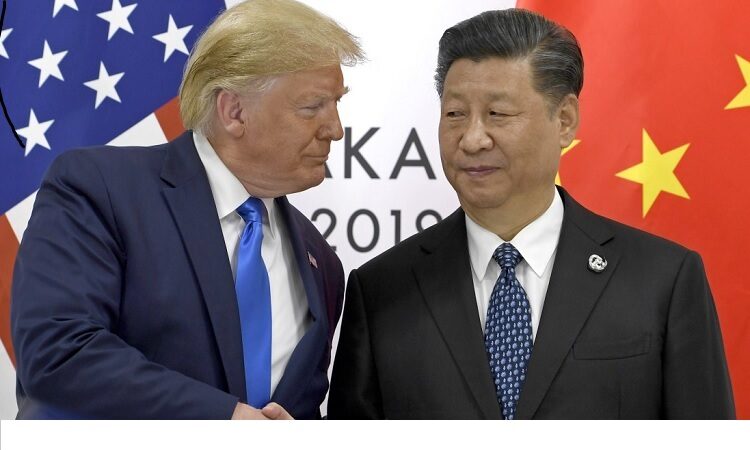 The COVID-19 crisis will affect the global geostrategic situation in a number of ways: some obvious and some still obscure. The economic environment, the political backwash, and the competition between the China and the US models will be major factors.

The first challenge will be economic.

As the world emerges from the COVID-19 crisis, economic conditions within the nation states and across the globalised world will have shifted. With the world economy already in difficult straits prior to the spread of the contagion, the problem will be exacerbated by the impacts of the commercial and industrial lock-down and the massive national debt being incurred as states fashion fiscal support packages to keep their shocked economies on life support.

A serious global recession seems to be the most optimistic prediction, with a major economic depression a real possibility. States are talking up the ‘bounce’ they hope for at the end of the lock down period. The reality is more likely to see states struggling with fiscal and budgetary issues as they attempt to meet repayment of national debt. For some considerable period, it is likely that economic activity will be low and government revenues reduced. This will leave governments juggling with the options of austerity policies, tax increases and welfare demands.

Pressure will undoubtedly come on government expenditure in a number of areas, including Defence. In times of constrained resources and difficult choices, it seems inevitable that, in Australia, for example, the government might need to revisit big ticket investment decisions like the proposed Attack class submarines. Depending on exactly how bad the coming years might be, the government might also be forced to reconsider the commitment to an annual defence expenditure of two percent of GDP.

Then there is democracy.

It was generally agreed previously that democracy was under stress, if not in retreat, around the world from a widespread move toward more nationalism, and through tolerance of autocratic leaders and ideologies. The erosion of trust in elected officials was widespread. Whether or not the attitude towards democratic political leadership will improve as a result of the handling of the crisis remains to be seen, but it looks doubtful.

The liberal values associated with democracy were also under assault before the coronavirus outbreak. An influx of asylum seekers and economic migrants had seen governments in Europe, North America and Australia adopt harsh border protection measures at odds with the universal values enshrined in the United Nations Charter. The fear of terrorism has seen legal protections formerly regarded as strong, if not inviolable, watered down in the cause of national security. The presumptions of ‘equality before the law’, habeas corpus, and ‘innocent until proven guilty’ have been watered down.

When the world’s democracies surface from the current crisis, the citizens will find that governments will have accrued additional powers of surveillance and coercion. If history is any guide, governments will be slow or reluctant to surrender them. Strategies based on gathering and amalgamating enormous amounts of data on citizens may have had a beneficial effect on the capacity of governments to address the spread of the virus. But little has been said about with which government and commercial entities the data will be shared, where it will be stored, and how long it will be held.

These measures would not go uncontested in ordinary times. It is of particular concern that this collection of personal information has been gathered at a time when democratic governments are openly relying on behavioural science and nudge policies to influence the behaviour of the electorate. More than privacy is at stake. The prospect of governments having the power to manipulate public opinion on important matters must be of concern.

And in the international arena, competition between political and economic systems might just be heating up.

The contrast between the US and China during the COVID-19 crisis is stark. While China may initially have stumbled, perhaps understandably with a new disease, its response in shutting down Wuhan and Hubei and its ability to marshal resources and to implement controls was impressive. Given the size of its population, and therefore the potential for an astronomical death toll, China has performed far better in limiting the cases of infection and the mortality rate than the US and other western democracies.

The US model of relying on private corporations and commercial interests to step up and provide public goods in a health crisis has been less than impressive. The market is lagging behind in the provision of critical medical equipment. The more centralised political and economic system of China seems to have been mobilised far more quickly and effectively.

Now China is filling the space normally occupied by the US in global crises. The Trump Administration’s messages and policies have fluctuated wildly and now have reversed, and the federal and various state governments are battling over responsibility and resources. The focus of the US has been relentlessly internal. Meanwhile China is stepping up with assistance to many nations engaged with the virus: providing masks, respirators, and medical personnel. The role traditionally performed by the US.

The future geostrategic situation could turn on whether China or the US bounces back best from the current predicament.

The geostrategic cake cooking at the moment has an unpredictable mix of ingredients. If the health crisis is followed by a lengthy major economic downturn, are the western democracies well positioned to survive and maintain their values and institutions? Will more nations turn, if not to the Chinese political and economic model necessarily, to China as a more reliable, steadfast and generous partner? If China were to emerge stronger from a major recession or depression, how would an economically strained Europe reposition itself strategically?

The coronavirus could prove to be a test of the resilience and viability of the political and economic systems of the two key states, and reposition their strategic competition.