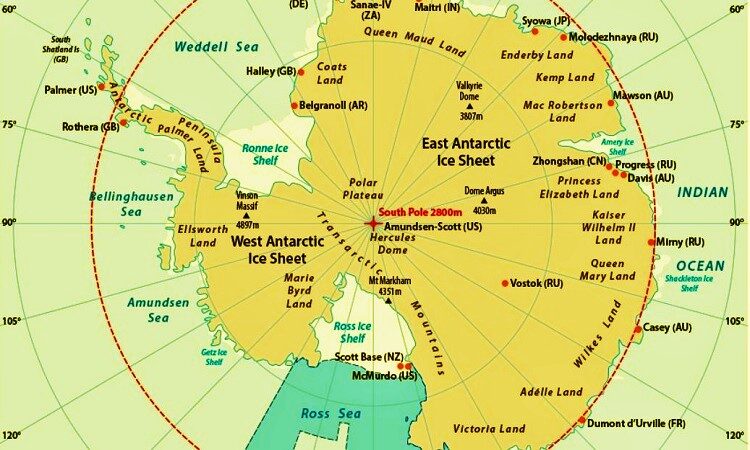 The recent report Eyes wide open: Managing the Australia-China Antarctic relationship by Anthony Bergin and Tony Press falls into the category of ‘if China’s doing it, it’s malevolent’.

The segue by The Age to this report in a recent article gave the impression that the report was perhaps far more weighty than it is. By its association with the possibility of a new ruction in Australian-Chinese relations, one that threatens ‘a Chinese boycott’ of Australian goods and services, The Age article uncritically gave the Eyes wide open report more weight than it deserves.

In East Asia, China faces a formidable array of, if not hostile, certainly adversarial forces. China’s east coast contains the bulk of its population, and industrial and military infrastructure. Therefore, its security interests in the South China Sea are substantial and strategic, if not existential. China’s interests in the Antarctic are in no way comparable.

The report uses words and phrases that substitute for clear explication of concepts. ‘Australia’s strategic interests’ is such a phrase, as is ‘geopolitical complexities in Antarctica’. They are effectively shorthand routes to elevating the importance of the issue in the reader’s mind without having to argue the point. The recourse to phrases that amount to vague calls on unnamed authorities, like ‘[F]or some analysts’, ‘[I]t’s sometimes suggested’ and ‘[S]ome academics suggest’, is a similar attempt to lend respectability to the report’s speculations.

The difficulties created by China’s increasing interest and presence in Antarctica are real, but not obviously part of the supposed global dominance plan of President Xi. Nonetheless, while China’s investment in infrastructure and its scientific activities do not seem disproportionate to its size, China’s longer term interest in mineral resources and fisheries will need to be monitored and managed, as the report suggests.

The report is, however, tarnished by its attempts link every Chinese activity to an overarching plan for world domination, and by the language employed. China doesn’t simply have differences with other members of the Antarctic Treaty System, in the words of the report, it attacks stability ‘through corrosion and changes in the values and norms of the system’.

The report also evinces a peculiar tendency among some Australian commentators to assume that most other nations perceive the Chinese through the same conspiratorial template. The report takes as a given that other states share the US-compliant adversarial view of China, and would be prepared to join with Australia in forming anti-Chinese coalitions, including over the Antarctic. There is no evidence of this.

Australia should, it recommends, ‘work closely with natural groupings in the Antarctic Treaty System, such as the claimant states, the original signatories, the Five Eyes, the Southern Hemisphere states and the Antarctic gateway states, and other like-minded states and groupings’. While most nations are cautious, prudent and alert in their dealings with China, few nations obsess as much as the report does over interpreting every Chinese act as being driven by malign intentions.

To be clear, it would be silly to deny that China doesn’t see that it has interests in Antarctica. As a great power it has long term interests in access to resources wherever they are, as its far more geo-strategically important activities in the Arctic have shown.

Those interests range from exclusive use of resources when possible, to shared access when practicable, and to control and denial when strategically important. A pattern of behaviour that great powers like the British Empire, the Soviet Union and the United States all exhibited before China. As an advanced technological state they also have a deep interest in science, both as basic research for its own sake and for its potential to bolster China’s economy and security. Interests that, even as the report makes clear, China is legally and peacefully pursuing in Antarctica.

It would be nice if commentators like Bergin and Press could see Australia’s interests as clearly as the Chinese see theirs. The Eyes Wide Open recommendations comprise a disproportionate reaction to a manufactured crisis regarding China’s presence and activities in Antarctica. The report’s worst aspect is that the need for Australia to confront and resist China on any and all fronts all the time is assumed.

The report does contain a lot of information about China’s activities in Antarctica and sets out aspects of the Chinese-Australian relationship. On that level it is of interest. However, by approaching everything China does anywhere, including in Antarctica, as malign simply leads to unbalanced policy and a misinformed public.