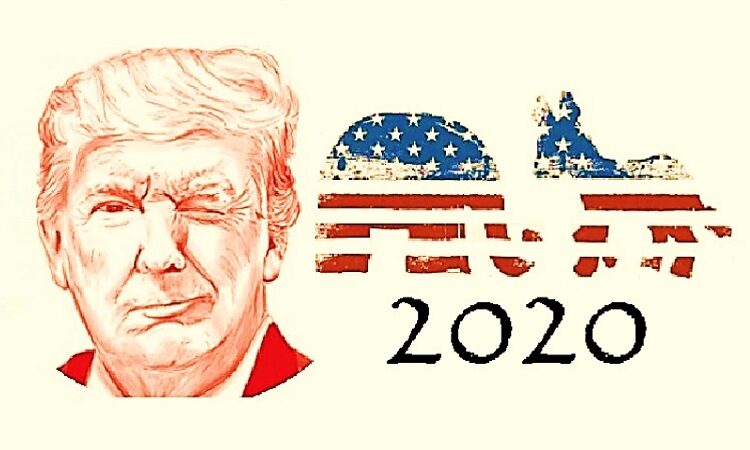 When, without apparent reason, good things disappear or bad things appear it cannot be random. That’s when conspiracy theories flourish. The US presidential election campaign is haunted by one.

In ‘The Paranoid Style in American Politics’, Richard Hofstadter outlined how conspiracy theories regularly emerged in American history; involving the Jacobins, the Illuminati, the Masons, the Jesuits, and the Communists. He notes the ‘heroic strivings for evidence to prove that the unbelievable is the only thing that can be believed’.

Lee Harvey Oswald’s assassination of President Kennedy saw conspiracies orchestrated by the CIA, the Mafia, the Cubans, the Russians, or LBJ. Belief that Oswald didn’t act alone is stronger today than in 1963. Whether the three Oklahoma City bombers were part of a broader conspiracy is still debated. Many African-Americans believed that HIV/AIDS ‘was produced in a government laboratory’ by the government in order to ‘control the black population’: and that ‘there was a cure for HIV/AIDS that was being withheld from the poor’. The Storm Area 51 movement demonstrates the persistence of conspiracy theories.

For conspiracy theorists, recent examples of malign conspirators—religious extremists and white nationalists and supremacists—lend credence to conspiracies as an explanation for events happening now. The default is often to presume that lone actors are radicalised. Unseen conspirators are assumed to be able to subvert and control the susceptible. Demonstrating cause and effect is not necessary to give the conspiracy idea legs.

Conspiracy theories rely to a large extent on the prior assumption that malign secret entities are operating behind the scenes. Moreover, effective deniability is the expected characteristic of a good conspiracy. So, if the conspiracy cannot be proved or disproved that’s not surprising. A demanding empiricist might be able to show why we should or shouldn’t believe something based on the available evidence, but she cannot definitely say something isn’t so.

The power of conspiracy theories lies not just in offering competing explanations. They also explain small inconsistencies that official accounts fail to explain. Secret conspirators are generally assumed to have considerable, almost supernatural, powers of deception and subterfuge: the ability to camouflage their actions, manipulate people and systems, and hide their influence. Yet, it is in the small irregular details that the conspirators reveal themselves to the astute observer. Only the initiated can see conclusive evidence of vast conspiracies in small inconsistencies and alert others. The General Flynn prosecution is a case in point where, guilty or not, extraneous factors are interpreted as supporting Deep State conspiracies.

Which brings us to President Trump. The many conspiracies he promulgates, and which are echoed in sections of the media, sit comfortably with his supporters’ own suspicions. Worryingly, a consistent theme of his has been the issue of election fraud. He has claimed that in 2016 millions of illegal votes were cast against him, going so far as to set up the Presidential Advisory Commission on Election Integrity to investigate.

Hints of a conspiracy are found in the Commission’s failure to substantiate the allegations. It failed, Trump said, because “despite substantial evidence of voter fraud, many states have refused to provide… basic information relevant to its inquiry”.

Now, Trump is further generating doubt over the integrity of the US electoral system, criticising voting by mail as part of a conspiracy to weaken himself and other Republicans in the 2020 elections. What seems on the surface a reasonable approach in the context of the pandemic, was portrayed by Trump as part of a conspiracy to ensure ‘you’d never have a Republican elected in this country again’.

Trump has accused the Obama Administration of attempting to undermine his presidency from the very beginning. The Deep State, an alliance of FBI officials and Democratic Justice Department appointees, abused their powers to undermine his presidency by improperly investigating members of his campaign. Trump has consistently cited the Russian investigation, the Mueller inquiry, and his impeachment over dealings with Ukraine, as evidence of hoaxes that point to a wider conspiracy to delegitimise his election and remove him.

Should Joe Biden defeat Trump in November, the grounds will have been laid for the President to cry foul. If he did, tens of millions of Americans would believe that Trump had again been the victim of the Deep State conspirators—of Democrats, liberals, never-Trumpers, Trump-haters, and the mainstream media. A Trump claim of election fraud would be amplified through social media and conservative commentators, and the anger in his base undoubtedly would be fanned by Trump himself. A large element of the American electorate would likely regard a new administration as illegitimate.

A crisis of political legitimacy, as a new president was trying to manage the medical and economic consequences of the pandemic, and trying to address the social and racial injustices in America, would have negative impacts on the US domestically and internationally. The duration, nature, and intensity of resistance to a new administration from Trump supporters, believing the Deep State robbed him of the presidency, cannot be known. But it is likely a sense of injustice and anger would persist among Trump’s base for a long time.

Resistance to a new administration could take many forms. Fringe extremists—white supremacists, white nationalists, and radical libertarians—might feel motivated to engage in violent acts and violent protest. Some states with strong Republican leanings, and some Republican members of Congress, might take obstructionist stances against the initiatives of a new administration. The prospect of acrimony and paralysis in Washington must be considered real.

The US has positioned its competition with China as one of competing systems. Propaganda from both sides over COVID-19 has intensified this understanding. As the US and China struggle to recover from the pandemic’s economic mayhem, much of the world will be watching. A disrupted America would be handicapped and likely to cede even more leadership and strategic space to China.