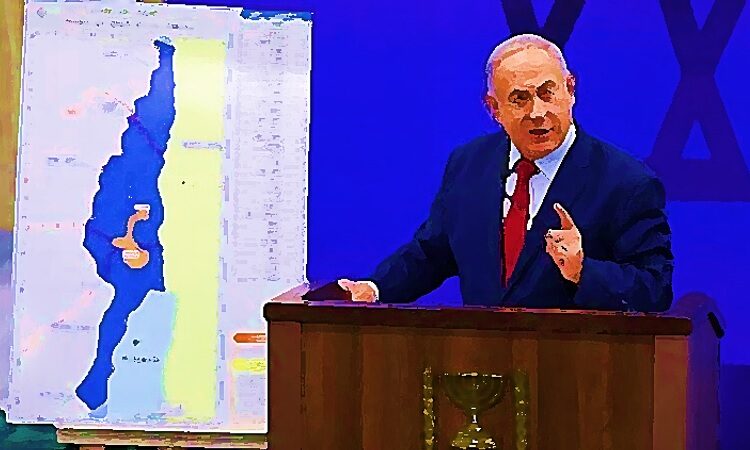 ‘The great thing about sovereignty is we always respect the sovereignty of other nations and we simply expect the same in return’, said Australian Prime Minister Morrison on 14 May 2020. However, there is nothing simple about sovereignty and it makes a poor basis for foreign policy.

Kosovo, Crimea, Jammu-Kashmir and Hong Kong raise substantive issues for sovereignty. Israel’s annexation of the West Bank will raise more. These cases highlight the modern crisis in sovereignty, especially in the context of minority claims for self-determination.

The United Nations Charter embodies the complexity. On one hand it emphasises the fundamental nature of human rights and the principle self-determination. Matters that are inevitably internal to sovereign states. On the other hand, the UN cannot ‘intervene in matters which are essentially within the domestic jurisdiction of any state’, or ‘use force against the territorial integrity or political independence of any state’.

Similarly, the recognition of the crime of aggression strengthens the sovereign right to territorial integrity. Yet the existence of the crime of genocide, crimes against humanity, and war crimes strongly implies that sovereignty is constrained, and that intervention in the domestic affairs of a state can be justified under international law.

The right to self-determination spans issues from autonomy to secession. The legacy of arbitrary post-colonial and post-war borders is a patchwork of ethnic, religious, and political minorities claiming the right to self-determination. These claims are resisted for national unity, economic, security or historical reasons. Contemporary examples include Catalonia and Spain; Nagorno-Karabakh and Azerbaijan; and West Papua and Indonesia. However, the cases of Kosovo, Crimea, Jammu-Kashmir, and Hong Kong illustrate the confusion in international law when sovereignty and self-determination clash.

Following NATO’s intervention in the Kosovo War (1997-98), Kosovo gained independence from Serbia, itself the product of the disintegration of Yugoslavia. The NATO allies were eventually drawn into the conflict because of the atrocities being perpetrated. The intervention still sees legal opinion strongly divided.

The Security Council failed to endorse the UN General Assembly Resolution (54/172 of 1999) denouncing the Kosovo war. US President Clinton justified military intervention when ‘a people are singled out for destruction because of their heritage and religious faith’. For Viktor Chernomyrdin, Russia’s Balkan representative, the bombing clashed ‘with international law, the Helsinki agreements and the entire world order that took shape after World War Two’. However, in 2010 an International Court of Justice (ICJ) advisory declared that the Kosovo intervention did not contravene international law.

Crimea’s declaration of independence was widely rejected as a derogation of Ukraine’s sovereignty and territorial integrity. In the joint resolution, the Supreme Council of Crimea and Sevastopol City Council claimed as justification for secession the unconstitutionality of the Maidan revolution, and desire of many Crimeans for annexation by Russia. The joint resolution cited the ICJ position on Kosovo as supporting its action. Russia for its part was clearly motivated by geostrategic and geopolitical concerns, including Ukraine’s shift towards the EU and Russian naval access to the Black Sea.

India’s military occupation, brutal lockdown and revocation of Kashmir’s autonomy contravenes the right of the residents of Jammu-Kashmir to decide their own fate ‘through the democratic method of a free and impartial plebiscite’, as set out in a 1948 Security Council resolution and reconfirmed subsequently. India claimed in justification of the occupation that autonomy was holding back Kashmir’s development, but competition with Pakistan and security concerns played a big role in the action.

China’s proposed security legislation raises genuine concerns for the limited autonomy granted to Hong Kong under the Joint Declaration and the Basic Law. In response, the UK, Australia, Canada, and United States issued a joint statement on ‘Beijing’s decision to impose a national security law in Hong Kong’. In their statement the four signatories nowhere mention China’s sovereignty, and the situation in Hong Kong is framed in terms of the international community’s interests.

In these examples attitudes have been shaped more by geopolitical and strategic considerations than international law. However, national leaders always try to find a legal argument to support their policies when sovereign rights and self-determination clash. Nonetheless, these cases demonstrate the lack of a universal standard for the balance between sovereignty and self-determination.

The Australian Prime Minister supports a strong version of self-determination for the people of Hong Kong, yet also champions a strong version of sovereignty. Where he will come down on Israel’s planned annexation of the West Bank? His admiration and staunch support for Israel is no secret, nor is the virtue he sees in remaining in lock step with the US on Israel. Yet, previously he has also promoted the two-state solution for Palestine while the Australian Foreign Minister has praised Trump’s one-state peace plan.

In all likelihood, Australia’s support for an Israeli annexation will be more about politics than conformance with international norms. This would be despite the fact that Israel would be extending its sovereign territory through aggression and occupation. An act that would extinguish by force of arms the right to self-determination of the Palestinians, over whom Israel’s authority is illegitimate.

The consequences of recognising Israel’s sovereignty over the West Bank requires very careful and nuanced consideration. Further confusing or abandoning international law on sovereignty and self-determination for geopolitical or geostrategic reasons would dangerously weaken the increasingly fragile rules-based international order. The recognition of Israeli sovereignty over the West Bank would act to legitimise the annexation of Crimea, the occupation of Jammu-Kashmir, and the revocation of Hong Kong’s autonomy. All dangerous precedents.

But it goes beyond that. Future criticism of China over the occupation of rocky outcrops in the South China Sea, and the suppression of the rights to self-determination of Uighurs and Tibetans, would be interpreted by China as declaring there is one rule for us and our friends and another for others. A degree of hypocrisy that would undermine Australian-Chinese relations even further.

Sovereignty is not simple and straight forward, and sadly it is often a cover for injustice, repression, and abuses of human rights.