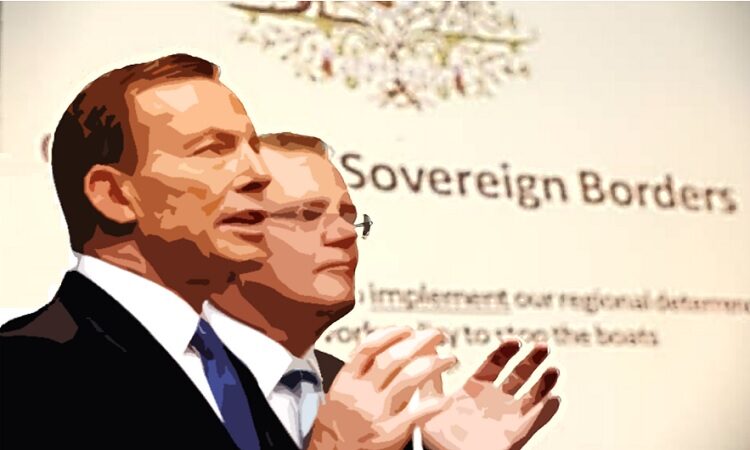 One of the more disturbing tendencies of modern governments is to transform policy problems into threats, thereby elevating them into the national security domain as the political rhetoric extends further into hyperbole.

Securitisation elevates the levels of state intervention in handling issues in a way that displays, emphasises and enhances the power of the state and its control over its citizens.

‘Securitisation’ is a post-WW2 phenomenon. It began as part of the expanding struggle between the US and the Soviet Union for pre-eminence during the Cold War, where the US, as a matter of policy, leveraged the full panoply of its state power to prevail over the Soviet Union.

Securitisation elevates the levels of state intervention in handling issues in a way that displays, emphasises and enhances the power of the state and its control over its citizens. It may also have the perverse effect of both fomenting and assuaging public fear. And because security assets are readily available to government, they can be mobilised quickly and with considerable political theatre – witness Prime Minister Morrison’s ‘Call Out’ of the Australian Defence Force in January to combat the bushfires. That is a task that the ADF is not trained to do.

The purpose of securitisation is to afford maximum authority and control to politicians, generally to strengthen their political image and power.

The purpose of securitisation is to afford maximum authority and control to politicians, generally to strengthen their political image and power.

In many western democracies, especially among the allies of the US, security is accorded pre-eminent status among the various domains of public policy, an importance out of all proportion when measured against other characteristics of a well-functioning society – health, employment, education, public and social amenity and so on.

Securitisation also involves the rhetorical manipulation of issues, which has the effect of both dramatizing the problem and demonising the victims. And of even greater concern is the habit of recent decades that encourages a significant, though sometimes subtle, change in the role of those who advise on intelligence and operational matters. Oftentimes, analysts move from their role as objective assessors of evidence to a more ambiguous role where they and their agencies focus instead on the dynamics of threat management, proffering advice reflecting ‘professional judgement’ as distinct from a hard assessment of the facts – a kind of group-authorised subjectivity.

The exceptional status of the security policy domain, transcending as it does both economic and social policy, has given us “Operation Sovereign Borders”, for instance, and an increasingly shrill and strident rhetoric in the management of our relationship with China. It has also afforded an extraordinarily deferential character to our relationship with the US.

This perhaps reflects a deeper problem. The intensification of major power competition and the regional challenges it poses – particularly in the Middle East, the Indian sub-continent, Central Asia, South East Asia and China for that matter – is increasingly seen through a narrow security prism premised on the inevitability of a military response. Hence the inter-state and the intra-state dimensions of securitisation converge.

So the unfortunate fact is that, in too many countries around the world, citizens want to be protected from their security forces rather than being protected by them. Recent events in the US offer a disturbing glimpse of what happens when deep social issues are misrepresented as law enforcement problems that could require the application of military force against the citizens. Australia’s democracy is mercifully free of that phenomenon – so far.

What the citizens need, and what governments need to re-assert, is a whole-of-nation approach to policy problem-solving that maintains a positive focus on building a fair, stable and prosperous domestic and international order. Of course, the government must have the ability to respond militarily if the state is subject to armed aggression in order to meet its responsibility for the safety of its citizens against armed attack. But military power should never be assumed since, as Hans Morgenthau pointed out over seventy years ago, diplomacy is the strongest element of state power.

Defending the nation against external armed aggression and protecting the nation against subversion is clearly fundamental to a secure nation. A strong defence capability and an effective internal security system are core policy responsibilities of government. But avoidance of aggression in the first place must be the primary objective. That is only achieved when national power and statecraft combine, and that is through diplomacy. Diplomacy is intrinsic to the nation’s security and without a constant, dedicated, focused and well-resourced foreign policy, a people’s and a nation’s security cannot be protected, promoted and sustained.

The nation’s security is fundamentally a product of two essential factors that work in combination: a strong and buoyant economy; and a cohesive, inclusive, harmonious and resilient society that shares core values and advocates shared national interests.

Securitisation is pernicious, for two reasons: it diminishes the autonomy and dignity of the individual citizen; and normalises the practice whereby the state succeeds in confecting emergency or panic in order to address the symptoms of problems rather than their causes. In a subtle sense, securitisation is anti-democratic, since it uses the instruments of state control over its citizens and other individuals to manage non-defence and non-military problems without engaging the citizens to act in their own interests.

Securitisation reflects an increasingly outmoded concept of security that fails to value human and social capital and their corollaries, human and social security. Far from enhancing the security and well-being of the individual, securitisation renders the individual less secure and, consequently, renders the nation less secure. It is cynical action in search of policy.