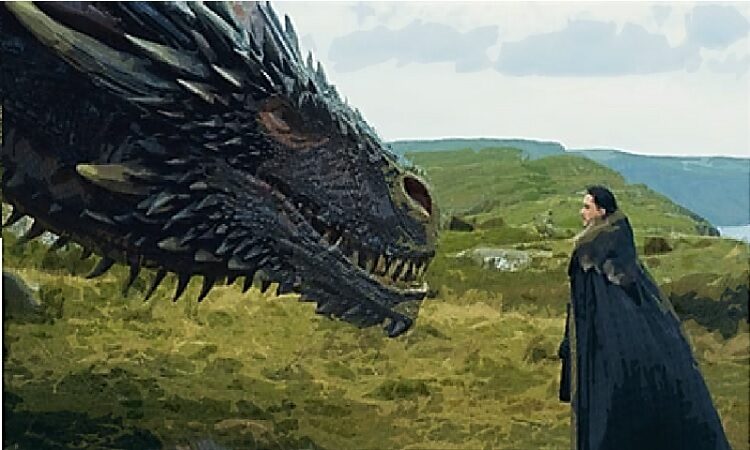 The Australian prime minister’s 2020 Defence Strategic Update has many strengths, but it does not address the critical factors of diplomacy and development.  Australia’s unbalanced strategic posture risks becoming a self-fulfilling prophecy.

China under President Xi Jinping is more of a menace, there is no doubt about that.  And the US under President Donald Trump, and probably his successors, is less of an ally.  So, although we can hope for the best, Australia needs to prepare for the worst.

There’s much of Australia’s newly released Defence Strategic Update to applaud. However, the lack of complementary and countervailing diplomatic effort extends the militarisation of Australia’s international relations.

There’s much of Australia’s newly released Defence Strategic Update to applaud. Principally, greater self-reliance through Australian-operated satellites, supply lines, and long-range missiles, and much greater attention to countering “grey zone” coercion.  And while there’s a bob each way on retaining the ability to operate anywhere the (US) government chooses, the greater focus on South East Asia, the South Pacific, and the north east Indian Ocean is welcome.

However, the lack of complementary and countervailing diplomatic effort extends the militarisation of Australia’s international relations.  With it comes the attendant risk that Australia will not just be dragged into unnecessary conflict, but also that an unbalanced posture might help precipitate it. This defence strategic update should be tabled before Parliament and vigorously debated, including by the Foreign Affairs Committees, more for what it does not say than for what it does.  The prime minister has rightly warned of a post-COVID-19 region that will be “poorer, more dangerous, and more disorderly.” There’s no doubt that this requires a substantial and, unfortunately, expensive response from the Australian Defence Force (ADF).  But is that it?  Really?  The adverse changes in Australia’s strategic circumstances are to be ameliorated only through military means?

Under the updated strategy, defence will pursue improved relations and enhanced regional cooperation, including with ASEAN nations. That’s great, but beyond the Defence Cooperation Program that could teach a thing or two on the civilian side, what will underpin this very necessary intensive regional relationship building?

The current answer is very little, since Australia is flat-out redirecting its limited diplomatic and development capacity and resources into a belated attempt to protect its eastern flanks in the Pacific.  And if foreign policy risks being swallowed by the military, so too does humanitarianism. There’s a logic to the ADF playing a bigger role in domestic and international relief operations, but in both cases, overall operations should be very clearly under civilian command and not subsumed within military structure or strategy.

It is the “shaping” of Australia’s strategic environment that should be honed in on. This is a whole of nation endeavour like no other, for on it depend the lives and livelihoods of thousands, perhaps millions, of Australians.

If Australia has to go to war, it should have the weapons, will, and wit to win it.  But… Let’s make war a last resort, not first.

As three-word slogans go, the defence update’s rubric is pretty punchy: “Shape. Deter. Respond.” It is the “shaping” of Australia’s strategic environment that should be honed in on.  This is a whole of nation endeavour like no other, for on it depend the lives and livelihoods of thousands, perhaps millions, of Australians.  It is much too important a task to tuck inside a relatively quick and understandably reactive defence strategic update. Defence certainly has a substantial role here, both in altering the military balance of power in Australia’s favour, and in influencing understanding and expectations about what Australia can and would do if it were under threat.

If Australia has to go to war, it should have the weapons, will, and wit to win it.  But let’s not go there if we don’t need to.  Let’s make war a last resort, not first. When the drumbeat quickens and the decibels rise, the march to war starts to seem irresistible.  It is extraordinary how fast this has happened recently, following years of complacency and under-reaction, followed by overreaction. Today is more like the muddle of 1912 than Morrison’s allusion to the clear moral choice of the 1930s.

In these chaotic times, some have called for a fully-fledged national security strategy to bring national thinking and effort together. This is opposed by others who see it as a formal tool for solidifying military policy supremacy: a Trojan Warhorse, if you will. Australia does, however, need additional instruments to unite its international relations in support of the sort of region and globe that Australia wants.  And Australia needs a much bigger effort to renew and restore the rules-based order.

As Hugh White recently suggested at an Asia Pacific Development, Diplomacy, Defence Dialogue, a prime ministerial statement to the nation along the lines of that by Singapore’s Prime Minister Lee Hsien Loong could lay the groundwork for the difficult choices and expensive investments Australia will need to make. Subsequently, a Department of Foreign Affairs and Trade (DFAT)-led, whole-of-nation international relations strategy aimed at advancing a secure, peaceful, and open region could provide the detail.  To achieve this, Australia needs a stronger, better-resourced DFAT to match its upgraded defence efforts.  Australian military spending now eclipses diplomacy and development almost ten to one, with this unbalanced ratio set to rise further.

Professor Michael Wesley recently put it best in concluding an erudite Australian Foreign Affairs essay entitled “Beijing Calling, How China is testing the Alliance.”  He asks, “So how should we shape the alliance? Primarily, we should seek to make it less about fighting a seemingly inevitable war, and more about preventing an entirely avoidable one.”

Richard Moore is an international development strategist and formerly an AusAID and Australian Department of Foreign Affairs & Trade senior official. This article is published under a Creative Commons License and may be republished with attribution.

Link to the original article in the Australian Institute of International Affairs magazine, Australian Outlook.