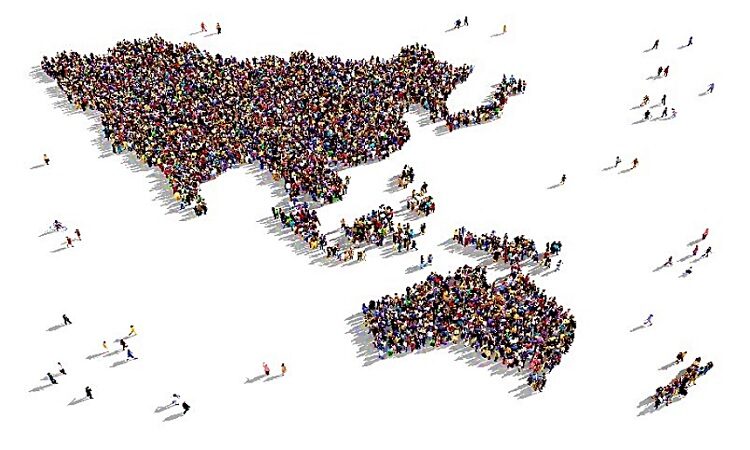 “Australia continues to cautiously navigate US-China tensions while attempting to make plain its pursuit of its own interests.”

Overall, Collinson and Laurenceson paint a picture of Australia taking a reasonably balanced approach – by, on the one hand, supporting the US’s concerns about China on issues such as the erosion of Hong Kong’s autonomy and freedoms, the repression of Turkic Muslims in Xinjiang, actions in the South China Sea, disinformation and foreign interference, and cyberattacks; by reaffirming exclusion of ‘high-risk vendors that are subject to extrajudicial directions from a foreign government’ from 5G networks, and commitment to the Quad; and by enunciating support for Taiwan.

On the other hand, they note that Australia has emerged without agreeing to engage in “US-style freedom of navigation operations”, without endorsing the “robust commentary on the PRC by Trump administration officials”, notably MIke Pompeo’s speech “calling for the triumph of ‘the free world’ over the ‘new tyranny’ embodied by President Xi’s PRC”. They note also Foreign Minister Payne’s ‘our own decisions, our own judgments in the Australian national interest’ comments made in the AUSMIN press conference, the Australian prime minister’s similar statements earlier in July, and his categorical rejection of the notion that Australia viewed the PRC as ‘a potential threat and as untrustworthy’.

It’s not all upbeat, though, as they do observe that Australia-China high-level channels of communication “continue to stagnate”, and suggest that there “might be an indication of a perception that Australia is at an inflection point with respect to PRC policy”.

“Such instances illustrate how even Australia’s mutually beneficial economic relationships with both the US and the PRC are now being presented in a way intended to generate geopolitical advantage by overseas capitals.”

The authors’ observations about Australia-China and Australia-US trade issues are a welcome contribution to an area often long on rhetoric and short on analysis. Notwithstanding the US State Department- US Chamber of Commerce report released on 21 July 2020 that estimated Australian exports to the US and the income generated by US investment in Australia were worth a combined $131 billion to Australia in 2019, the authors suggest that ABS data shows that 2019 exports alone to the PRC are in the order of $169.1 billion – calling into question the US ambassador’s claim that the July 21 report provided ‘independent confirmation’ that the US was Australia’s ‘largest and most important economic partner’.

“No hint is there in these speeches of any attempt to find a geopolitical modus vivendi with China, a position that makes this White House’s approach more susceptible to disruptive discontinuity.”

In Perspectives: On being ‘very different countries’ – AUSMIN and China’s rise, James Curran reflects on what is likely to be “one of the abiding legacies of Trump’s term in office” – “his radicalisation of the elite American tone towards China”.

He focuses on the tone of recent speeches from key US administration officials, including Mike Pompeo’s ‘we must induce China to change’ speech, the missionary zeal of which, he suggests, is more likely to alienate allies than to assauge them.

“This is why the foreign minister’s emphasis on Australia and the US being ‘very different countries’ is so crucial. For the tendency of each country to misread or misunderstand the other remains. For Americans, there remains an unwillingness to recognise or accept Australia’s particular circumstances when it comes to dealing with China’s rise. For Australians, particularly those advocating a more hawkish position on China, it pays to be reminded of just how elemental remains the American exceptionalist impulse. It is precisely when ideological fervour outstrips capability and rationality that allies should really begin to worry.”

Professor Curran places weight on a series of statements made previously by the Australian prime minister, and the “markers laid down by Australian ministers [Payne and Reynolds] in Washington [for AUSMIN 2020]”. He concludes from these that it “is becoming clearer now is that the Morrison government is not going to endorse the consensus in Washington that US-China strategic and ideological rivalry amounts to a new Cold War”. Moreover, he suggests that the statements by ministers Payne and Reynolds are significant for two key reasons – because “it now appears that the Australian government… has rejected the idea of regime change in China”, and “that if indeed that is the case, it represents a significant departure in how Australian governments approach alliance management”. He goes on to say that “[i]t might also be said that by not endorsing this American moral mission the government may be implicitly sending the message that it does not wish to see its ally embrace the folly of signing up to a long, drawn-out struggle with China, a struggle in which it may not prevail”.

But Professor Curran also acknowledges that “Australia certainly pushes ahead with ever deepening alliance cooperation – the AUSMIN communiqué was notable for its sharper language on China in terms of the South China Sea, Taiwan, cyber-warfare, foreign interference, Hong Kong, Xinjiang, 5G, non-proliferation and force posture, among other issues”.

Professor Curran’s analysis is persuasive. But the tension between the statements that distance Australia from the US’s confrontational stance with China and the deepening of the US military relationship encapsulated in the 2020 Defence Strategic Update and the 2020 Defence Force Structure Plan remains unresolved. Is Australia simply fence-sitting, and having a bet each way, or even treading water in the hope that, post the November US election, the heat will go out of the East Asia situation, and the Australian government won’t have to choose between its ally and its biggest economic relationship?