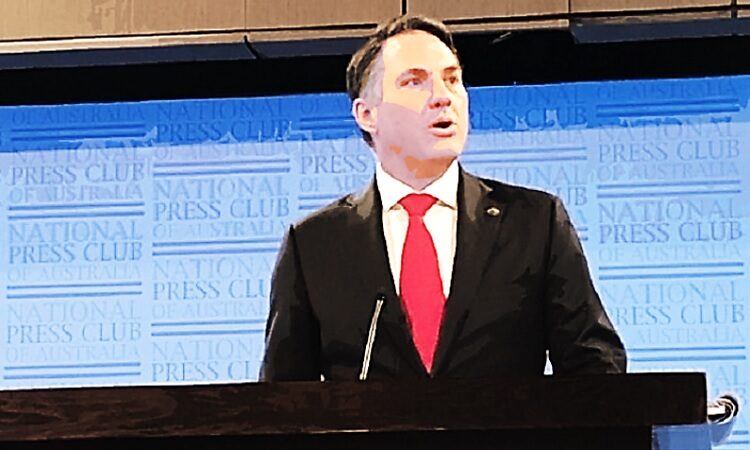 Katherine Mansted calls for ‘[a] more open and robust—if at times messy—democratic dialogue about Australia’s strategic circumstances and policy options [that] can bring Australians along as we make choices which will have generational significance and—importantly—help ensure we get these tough decisions right.’

Katherine Mansted is the senior adviser for public policy at the Australian National University’s National Security College. The article was published in the ASPI Strategist on 6 August 2020.

Mansted notes that what debate there is about strategic matters in Australia tends to have ‘a focus that sees discussion about strategic means overshadow dialogue about our strategic ends and potential ways for achieving them’. She bemoans ‘Australia’s default to bipartisanship on defence matters [that] discourages policy creativity and accountability’.

Mansted observes that the National Press Club address last week by the Australian Labor Party’s shadow defence minister, Richard Marles, was expected to provide ‘a rare moment of departure from the conventional bipartisanship of Australian defence policy’. However, she suggests, ‘the speech was a lost opportunity to challenge or offer new perspectives on Australia’s strategic environment and defence policy settings’.

The shadow minister merely echoed Prime Minister Scott Morrison’s comments at the July launch of the defence strategic update – that Australia ‘faces its most complex strategic circumstances since World War II’ – ‘[b]ut he did not use the Press Club platform to provide further reflections on the assumptions, policy shifts or future force structure outlined in that significant report… Instead, in the long tradition of defence policy debate by opposition politicians of all stripes, Marles chose to narrow his take on Australia’s future national security to the economics of capability acquisition (how much will it cost, when will it be built, and by whom).’

Read the full article (external link to the ASPI Strategist)