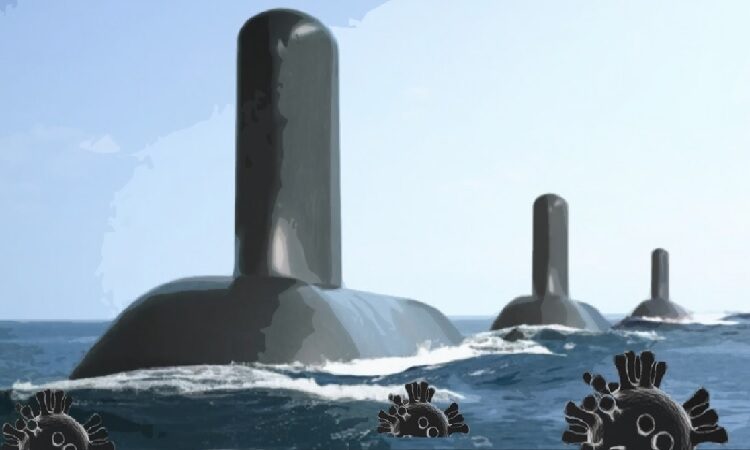 The IISS authors argue that ‘the impact of Covid-19 on the global economy cannot but affect defence-spending plans, as growth projections are cut and huge chunks of governments’ finances are absorbed trying to contain and alleviate the economic contagion’.

The article notes the extent of the reductions in GDP that have been forecast by international bodies, and suggests that ‘[i]t is probable that the full economic and fiscal effects of Covid-19 will manifest only in the years beyond 2020, when the costs of the crisis are reflected in government spending policy.’ Reflecting on what happened after the 2007–08 global financial crisis, the article notes that ‘global GDP did not contract until 2009, and the biggest cuts to defence were not made until 2012 and 2013. In 2011, global defence spending reached a peak of US$1.55 trillion (2015 US$). It took five years for spending to recover back to this level, reaching US$1.56trn (2015 US$) in 2016.’

So what can we expect post COVID-19? The article highlights the tension which seems likely to play out. On the one hand, heightened threat perceptions and increased great-power competition may continue to sustain levels of defence spending (just as threat perceptions and the re-emergence of great-power competition fuelled the recovery of defence spending in the latter half of the last decade). ‘To the extent that this may endure, defence budgets could be protected to some degree during the pandemic.’ However, ‘the ‘conversation’ on defence and security seems destined to be reshaped’, and ‘procurement budgets and military roles may well be re-examined’ with a view to determining how best governments can support societal resilience. ‘[I]t is likely that such thinking – and associated budget pressures – could lead to tough choices on platform priorities, at least in the near term.’

The article concludes that increased pressure on defence funding is inevitable, further complicating the challenges of allocating constrained resources across a significantly more diverse threat spectrum.