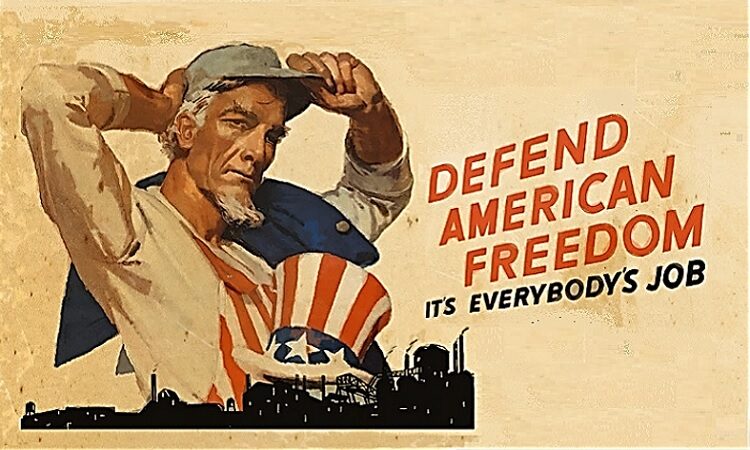 A response to ‘The Ideology Delusion: America’s competition with China is not about doctrine’, by Elbridge Colby and Robert D. Kaplan, published 4 September 2020 in Foreign Affairs.

To see the relationship as an ideological struggle risks making the rivalry “an existential cage match”.

Elbridge Colby and Robert D. Kaplan’s recent article in Foreign Affairs is an important addition to the framing of the contest between China and the United States. They point to the very real risks of seeing the relationship as an ideological struggle, noting that to understand it this way is to make the rivalry “an existential cage match”.  Elbridge and Kaplan argue that “[C]onstruing the competition as principally ideological tends to turn every disturbance in another country into a test of which political system is superior”. This, they claim, is a recipe for conflict and disaster. So far, so good.

They draw heavily on the history of the Cold war, reflecting on “the authors of NSC-68 (the influential 1950 National Security Council report), [who] believed in an expansive, systemic approach to confronting the Soviet Union, a conviction that helped to entangle the United States in Vietnam”. Unlike the Cold War warriors, Colby and Kaplan argue that the United States needs a clearer understanding of its interests, and that regime change in China is not a practical objective. They recognise that the United States’ hope that security will follow when “liberal democracy has spread throughout the world” cannot be the driver of China policy, and that most of the Asian states that they argue will need to drawn by the US into a policy of resistance to China are illiberal democracies at best.

Theirs is a realist analysis. Colby and Kaplan are advocating an understanding and an approach that privileges US interests in remaining the strongest economic and military power. Implied in the article is the belief that only a dominant hegemonic status will satisfy the interests of the United States, and a misplaced belief that most states would be happy to see their own interests subordinated to this goal.

The logical consequence of the interpretation of the competition provided by Colby and Kaplan is that US interests should prevail, and that China should be “willing to respect these interests” for the sake of a stable relationship, and sacrifice its own ambitions for prosperity and security.

At least two questions are left unanswered in Colby and Kaplan’s analysis. The foremost is why would China agree? There seems to be little advantage for China to put a limit on its economic activities in Asia, and beyond. China has a large population and a genuine problem of needing to continue to grow its economy in order to lift the prosperity, welfare and security of its people. It is not clear why organising a coalition to restrict China’s economic growth and to restrict its market access to Asia, two outcomes that could endanger domestic stability in China and threaten the regime, would be any less likely to lead to confrontation and conflict than and ideologically-flavour competition.

Secondly, how is it in the interests of the Asian nations to join a “coalition to deny China regional hegemony” when such a move could affect their opportunities to benefit from trade and investment with their giant neighbour? If the United States should act in its own interests, as Colby and Kaplan argue, so should the Asian nations, including China. The inward looking focus on the United States’ interests causes the authors to overlook the geopolitical reality. The Southeast Asian states that they conceptualise as joining an anti-China coalition mostly share borders with China. Their economies are already partially integrated into China’s economic sphere. Their security and economic interests are more likely to be satisfied by good relations with China than lining up with the US against it.

What Colby and Kaplan miss is the need for the United States to accommodate a China that will be its equal militarily and economically. The United States needs to come to terms with the loss of its hegemony and find a way to engage the world, not just China, as an equal prepared to find compromise and cooperation.

The Colby and Kaplan article should provoke greater debate over the nature and options facing all countries, not just China and the United States, in this period of renewed great power strategic competition. Maintaining strategic stability, and finding a peaceful accord will depend on understanding the interests of all involved.