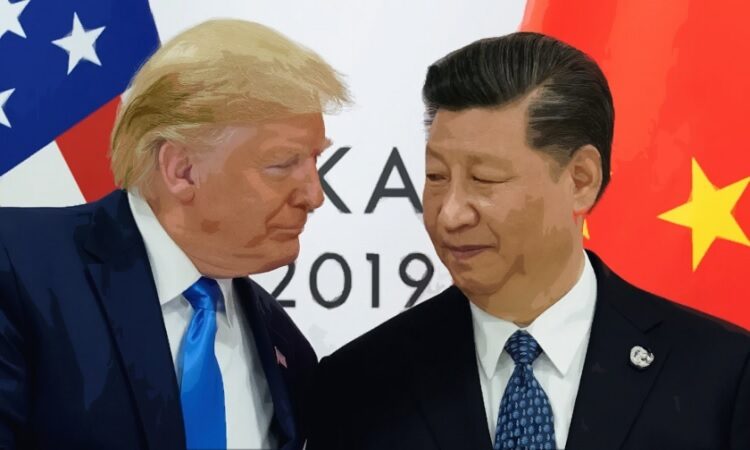 The Trump administration’s China policies are explored clearly and succinctly in this working paper by the Brookings Institution’s Ryan Hass, Lessons from theTrump Administration’s policy experiment on China. While Hass describes the approach to China over the past four years as a Trump Administration experiment, he leaves no doubt that the nature and trajectory of US-China relations has now been reset, irrespective of who is the next president.

In line with the bulk of the commentary and analysis coming out of American think tanks on US-China relations, the paper’s perspective is from a US point of view. Little consideration is given to the possibility that China’s policies and actions might reactive; in response to the economic and military policies of the US. Hass states, unreflectively, “Beijing’s behaviour has been the primary contributor to deterioration of relations”.

“The Trump administration’s policy experiment did not succeed, however, in making the American people more secure or prosperous”.

That said, the shift in thinking by the Trump administration from the Obama and previous administrations is well-articulated in this working paper. This is the clear strength of the paper and where it provides some considerable value. Hass identifies “six significant policy shifts” that the US has made with respect to China under President Trump. Great power competition has been made the organizing principle of US foreign policy, seeking economic reform in China has become a priority, diplomacy has been abandoned in favour of confrontation, China is no longer engaged as a partner in managing problematic states, reciprocity has been elevated in the relationship, and driving a wedge between the Chinese people and the Chinese Communist Party has informed Administration messaging.

The experiment is depicted as a failure, and Hass’ conclusion is that “The Trump administration’s policy experiment did not succeed, however, in making the American people more secure or prosperous”.

More to the point, though, is not the need to return to the pre-Trump situation, which Hass rightly says is unrealistic, but for analysts like Hass to begin thinking about what a foreign policy looks like that recognises and accommodates China’s legitimate interests, without seeing everything as a zero-sum game.

More on the China-US relationship