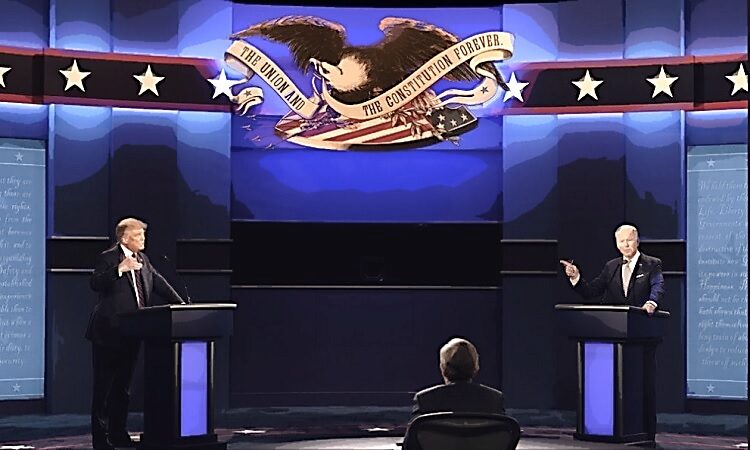 In January 2020, in ‘Geopolitics and the re-election of Donald Trump‘ Mike wrote that it is not possible to overstate the possible consequences flowing from a Trump re-election: “A Trump emboldened by a second term, an outcome almost certain to ensure the continuation of Republic dominance of the Senate, means greater uncertainty and strategic risk for the world. More than any previous presidential election, even more than the rise of the neo-cons, the 2020 election could presage a very dangerous era in world politics.”

The ‘Divided we stand‘ report from the Chicago Council on Global Affairs, based on the results of its 2020 Survey of American Public Opinion and US Foreign Policy, provides insight into the potential differences in US foreign policy settings depending on whether the presidential election is won by a Republican or a Democrat. Analysis of the survey results revealed that:

… [T]here are profound differences between Democrats and Republicans on which foreign policy issues matter most today. And they are even more sharply divided on how the United States should deal with these issues and engage the rest of the world. Generally speaking, Democrats prefer an internationalist approach: cooperating with other countries, amplifying US participation in international organizations and agreements, and providing aid to other nations. In contrast, Republicans prefer a nationalist approach: putting US interests above those of other countries, creating economic self-sufficiency, and taking a unilateral approach to diplomacy and global engagement.

The Report’s authors suggest that these “two perspectives on US engagement in the world are poles apart, and the choices voters make this fall will therefore have far-reaching consequences for the direction of US foreign policy.”

In a related analysis by Thomas Wright published on the Lowy Institute website titled ‘The Point of no return: the 2020 election and the crisis of American Foreign Policy‘, Wright suggests that “The question for Biden is not whether he will be different from Trump. That much is obvious. It is whether he will differ from President Barack Obama.”

Wright’s analysis focuses on whether there is also divergence on foreign policy issues within the Democrats. His paper “studies the intra-centrist debate within the Democratic Party’s foreign policy establishment — between restorationists (those who would continue Obama’s approach) and reformers (who would challenge key elements of it) — and how that plays out on China, foreign economic policy, the Middle East, and democracy.” Wright predicts that the first half of a Biden term is likely to be defined by a struggle between these two worldviews.

The insights in both these pieces shed light on the policy debate ahead in the US if Trump is not re-elected. But it must be said that this debate will take place in a broader geopolitical context, and the question will remain: to what extent is the future of America in its own hands?