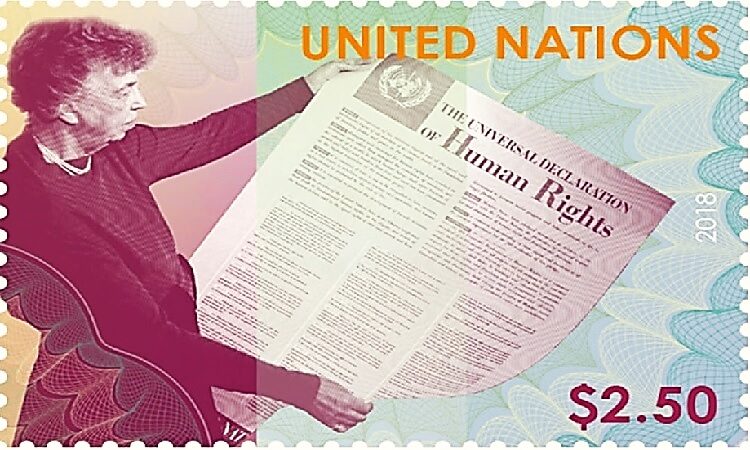 The castigation of China in relation to human rights points to the strategic element in the widening fracture in the global understanding of human rights.

Australia’s criticism of China’s human rights abuses in Xinjian is a mixture of conviction and politics. A consistent supporter of the human rights regime, at least in principle, Australia’s criticism of China nevertheless stands in contrast to muted responses to Europe’s migrant camps, India’s oppression of Dalits and repression of Kashmiris, and the US’s treatment of border crossers. However, the castigation of China points to the strategic element in the widening fracture in the global understanding of human rights.

Australia sees adherence to universal human rights as indispensable to good governance internationally as well as domestically. The Prime Minister said at the UN that Australia is “committed to promoting universal values like human rights, gender equality and the rule of law”. The 2017 Foreign Policy White Paper is a little more circumspect, observing that Australia does not seek “to impose values on others”. Nevertheless, Australia implicitly believes this conception of human rights will eventually become the international norm.

The Universal Declaration of Human Rights (UDHR) has provided a rallying cry around which the US and its allies could be galvanised. The insistence that individual human rights are universal, interdependent and indivisible, equal and non-discriminatory, and “simultaneously entail both rights and obligations from duty bearers and rights owners”, has provided a justification for attempts to interfere in states with different histories and cultures. Among regional hegemons now emerging, as well as in the states that exist at the interstices between their spheres of influence, a diversity of conceptions of human rights has reappeared.

The outlines of the competing conceptions of human rights can be seen in report of the Commission on Unalienable Rights set up by the Trump Administration. Announcing the Commission in 2019, Secretary of State Pompeo revealed in advance the conclusions which would subsequently be found in the report, saying that there is a “distinction between unalienable rights and ad hoc rights granted by governments”. Pompeo recalled he has “seen how special the American conception of freedom and human dignity is to the world”. Naturally, this means the protection of “individual dignity and freedom” found in the US Constitution. He argues that “A moral foreign policy should be grounded in this conception of human rights”.

Pompeo’s Commission didn’t let him down. The report is a work of considerable research and erudition, but it is also deaf to any philosophical or religious tradition that doesn’t stem from the thoughts of America’s founding fathers, who are assumed to have universal moral authority. The Commission naturally found that unalienable rights boiled to “property rights and religious liberty” and a “political society that destroys the possibility of either loses its legitimacy”. A finding that conforms with Pompeo’s criticism of China and Russia.

Competing understandings of human rights represent a challenge to an important plank in the hegemonic scaffolding the US has erected.

A reaction to Nazi barbarity and criminality, the UDHR reflects the political traditions of the members of the victorious coalition in WW2. Protection of the individual from an oppressive government, as opposed to social or communal rights, was the theme. That the Soviet Union, and its fellow socialist republics the Ukraine, Byelorussia, Yugoslavia, and Poland, as well as South Africa, Czechoslovakia, and Saudi Arabia dissented from the final text demonstrates that acceptance of individual universal rights that transcended the prerogative of governments has never been unanimous. It is this rejection of the fundamental US understanding that irks Pompeo.

Throughout the Cold War neither the Soviet Union or the People’s Republic of China, both permanent members of the Security Council, even pretended to conform to the UDHR. However, the decolonisation process and civil rights period in the US also saw numerous transgressions of the UDHR. The period between the dissolution of the Soviet Union and the attack on the Twin Towers in New York perhaps saw the high point for human rights progress. However, the War on Terror saw human rights slip well down the priorities lists of a number of states.

While Australia joined with 38 other states to criticise China’s treatment of Uighurs and its action in Hong Kong, 45 countries endorsed China’s actions in Xinjiang as counter-terrorism and de-radicalisation efforts. With America’s fading hegemony, new regional powers with regional hegemonic aspirations are displaying their ideas about human rights; ideas based on their particular historical, cultural, political, and religious experiences. In some cases, like China, they preference the community over the individual, and stability and cultural homogeneity over universal and individual human rights. Or Russia, where nationalism and orthodox religion trumps inidividual human rights. Or much of the Islamic world where a very different religious tradition is drawn on to shape citizen-state relationships. Some Eastern European states are less than enthusiastic about a number of UDHR human rights.

Pompeo evinced American exceptionalism and religious zealotry at the Commission report’s launch. Depicting the unalienable rights of property and religious freedom as God-given and therefore unchallengeable, he argued they are incontestably universal. These rights, he said, ensure “America is special. America is good. America does good all around the world”. Pompeo’s concern is that other traditions are daring to put up their conception of rights and as a result the “human rights project has come unmoored, and it needs a re-grounding”. This “proliferation of rights is part of the reason why this report is so important”. Reinstating the primacy of the US world view is the priority.

The US will try to add its conception of human rights to its collection of reasons to confront, and perhaps fight, China and Russia.

This is not just about rights, or whether a universalist or relativist position on human rights is correct. It’s about what is worth dying for. As the US’s global influence wanes, the apparent post-war global consensus on human rights will unravel, and many states, perhaps feeling licensed by China’s policy of non-interference, will assert their own conceptions of rights. The US will try to add its conception of human rights to its collection of reasons to confront, and perhaps fight, China and Russia. Australia needs to recognise that Pompeo’s formulation leaves no room for accommodation of difference and is therefore very dangerous.