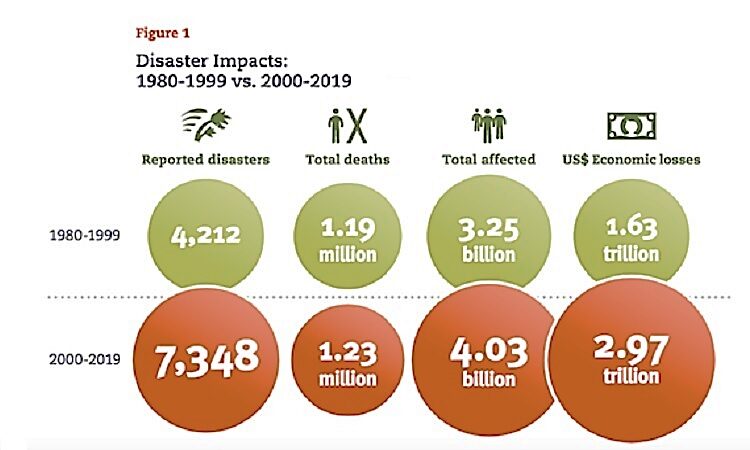 The United Nations Office for Disaster Risk Reduction released a report on 13 October 2020 that concluded that natural disasters caused by climate-related events have doubled in the past twenty years.

Using a comprehensive database, the UNDRR found that from 2000 through 2019 there have been 7,348 major disasters. Of these, 577 struck China, 467 hit the US, and 321 struck India. These disasters killed 1.23 million people, and another 4.2 billion people were affected, some of them more than once.