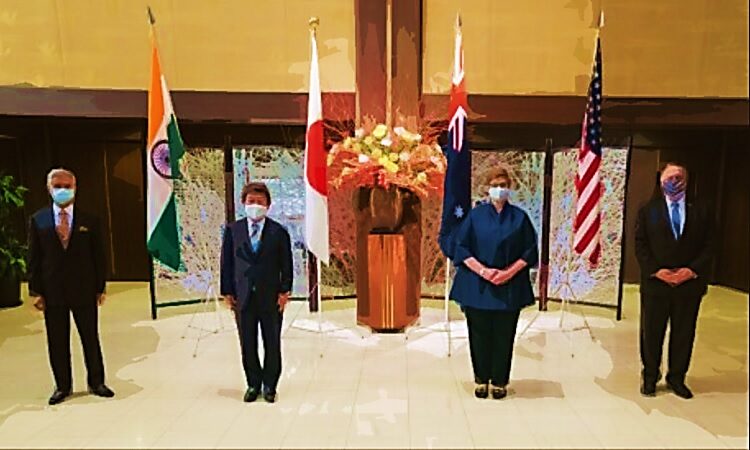 Reuters reported previously that India has invited Australia, who has only once previously participated in 2007, to join the 2020 US-India-Japan Exercise Malabar , and published a ‘Factbox’ titled ‘What is the Malabar exercise, and why is it significant‘?

Last week Reuters quoted Australia’s Defence Minister Linda Reynolds as saying that the Malabar drills were a milestone opportunity for the Australian Defence Force, and that they showcased “the deep trust between four major Indo-Pacific democracies and their shared will to work together on common security interests.”

The trilateral exercises follow the ‘Quad’ talks held in Tokyo on 6 October 2020 – talks involving India, Japan, Australia and the US which Australia’s Foreign Affairs Minister, Marise Payne, described as  “another important step forward for this grouping of Indo-Pacific democracies”.