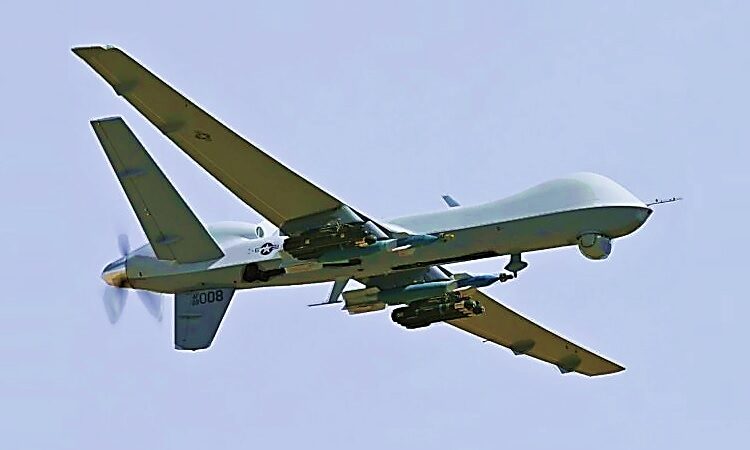 Reuters reports that “the Chinese and U.S. militaries held a video conference meeting about crisis communication” on 28-29 October, according to Chinese defence ministry spokesman Wu Qian, “amid amid heightened tensions between the two military superpowers this year in the South China Sea”.

Wu Qian is reported to have said that US Defence Secretary Mark Esper denied a media report about the United States studying a plan to attack Chinese islands and reefs in the South China Sea using an MQ-9 drone in the event that the U.S. presidential election was not looking favourable for President Donald Trump, and that Esper said the United States “has no intention of creating a military crisis with the Chinese”.

The Pentagon did not confirm whether Secretary Esper took part in the talks, but said the talks were an opportunity to create principles to “prevent and manage crisis and reduce risk to forces.”

END_OF_DOCUMENT_TOKEN_TO_BE_REPLACED

It is reported that officials from China and the US held a video conference meeting about crisis communication on 28-29 October, amid amid heightened tensions in the South China Sea. According to Chinese defence ministry spokesman Wu Qian, US Defence Secretary Mark Esper denied a […]

END_OF_DOCUMENT_TOKEN_TO_BE_REPLACED

Reuters reports that Japanese Prime Minister Yoshihide Suga said on Monday [19 October 2020] that Tokyo opposes any steps to raise tension in the South China Sea, and that disputes should be resolved through peaceful means. […]

END_OF_DOCUMENT_TOKEN_TO_BE_REPLACED

Australia’s statement on the South China Sea in July 2020 was its strongest rejection yet of China’s claims to the waters. It did not represent a new position on the legal issues, but marked a fresh determination to confront China over the maritime disputes. The […]

END_OF_DOCUMENT_TOKEN_TO_BE_REPLACED

Despite Australia and the United States having no direct interest in continental shelf claims in the South China Sea, both have recently joined the debate. Both appear to have sought maximum publicity for their submissions – which have been reported as providing the basis for […]