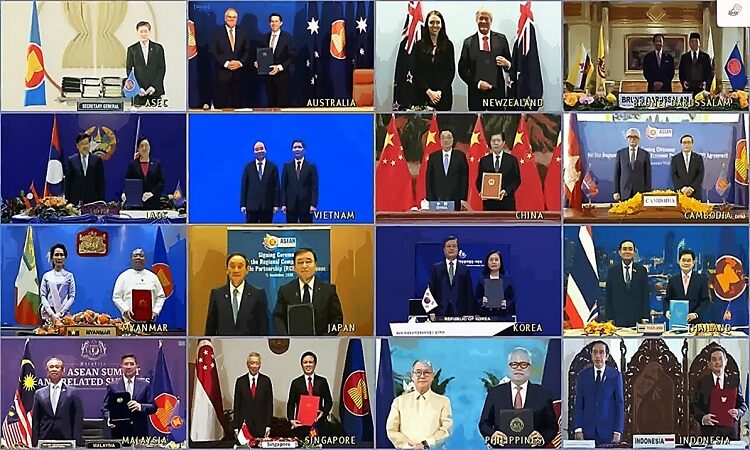 Reuters reports that 15 Asia-Pacific economies have signed “what could become the world’s largest free trade agreement on Sunday [15 November 2020], covering nearly a third of the global population and about 30% of its global gross domestic product” – the Regional Comprehensive Economic Partnership (RECP) agreement.