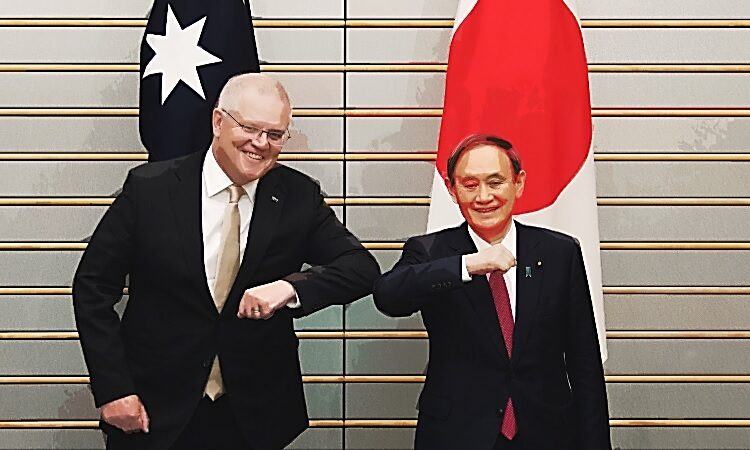 Reuters reports that Japan and Australia agreed on a breakthrough defence pact on Tuesday allowing reciprocal visits for training and operations, and voiced concern over the disputed South China Sea, where China is extending its military influence.

It is Japan’s first agreement covering foreign military presence on its soil since a status of forces agreement in 1960 that allowed the United States to base warships, jets and troops in Japan as part of an alliance that Washington describes as the bedrock of regional security.

According to Reuters’ reporting, the Reciprocal Access Agreement strengthens defence ties between the two U.S. allies at a time when China is asserting its role in the region and the United States is going through a messy leadership transition.

The agreement allows Japanese and Australian troops to visit each other’s countries and conduct training and joint operations and was agreed in principle by Japanese Prime Minister Yoshihide Suga and his Australian counterpart, Scott Morrison, who is visiting Tokyo.