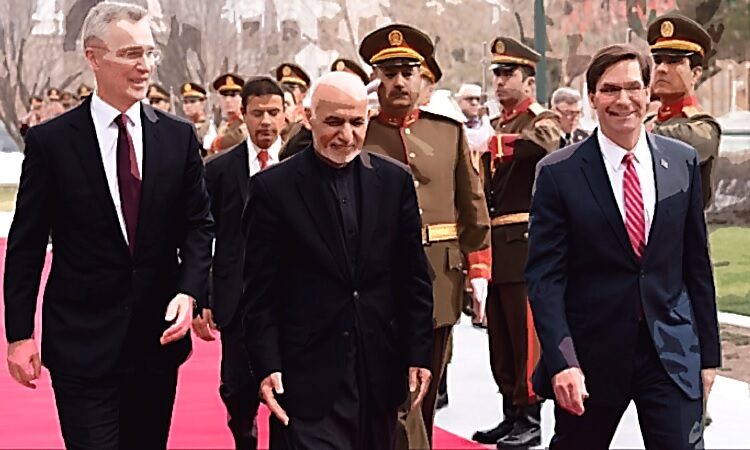 The US Acting Secretary of Defense Christopher Miller announced on Tuesday, 17 November 2020, that the US will be withdrawing all but 2,500 troops from Afghanistan (and Iraq) by mid January 2021. The United States is reported to have around 4,500 troops currently in Afghanistan.

The decision had been anticipated, and it follows a reduction in troops from 5,000 to around 4,500 earlier this year, as US President Donald Trump has made ending the 19-year-old American engagement in Afghanistan by Christmas a priority. It has been reported that the US President fired former Defense Secretary, Mark Esper, in part because of frustration that not enough was being done to meet his Christmas withdrawal target.

However critics of the decision feel the timing is not right, with the troop withdrawal coming at a time when militant violence in Afghanistan has increased, and thay suggest the decision could undermine the fragile security in the nation and jeopardise peace talks between the Afghan government and the Taliban. Looking ahead, one commentator has suggested it could put President-elect Joe Biden in the difficult position of considering redeploying troops to Afghanistan “even as the US faces economic fallout from the COVID-19 pandemic and public opinion largely against the war”.

Even senior Republicans have been critical of the decision. Senate Majority Leader Mitch McConnell, a Trump ally, urged the president against making “any earthshaking changes in regards to defense and foreign policy” before leaving office. “A precipitous drawdown in either Afghanistan or Iraq is a mistake,” McConnell said.

Including the United States, there are currently around 12,000 NATO troops in Afghanistan, and many NATO allies feel the US drawdown could be reckless given the level of militant violence plaguing Afghanistan. NATO Secretary-General Jens Stoltenberg warned of a “high price” if Western allies pull troops out of Afghanistan too quickly, saying it could allow Islamic State militants to regroup.

In a related story, Reuters reports that PresidentTrump may withdraw troops from Somalia “as part of a global pullback that includes reductions of forces in Afghanistan and Iraq”.