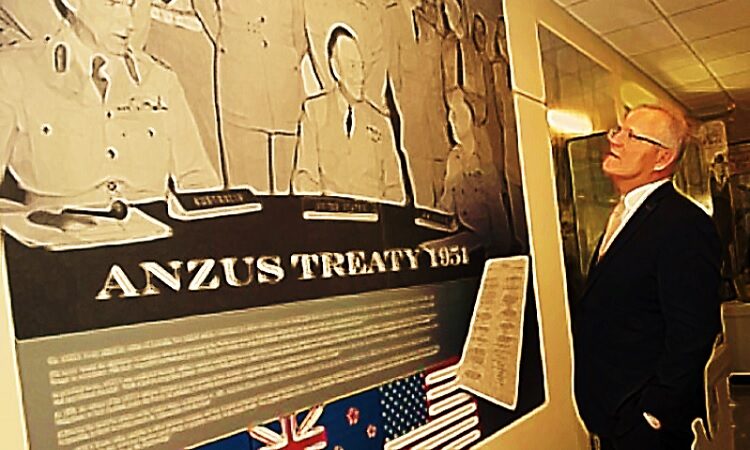 The Australian government’s fixation on multilateralism and the South China Sea is distracting Australia from the real setting of great power competition.  Globalisation will be supplanted by economic nationalism, strategic and economic autonomy, and strategic capitalism; the new watchwords.

Biden will have no path back to some previous state of affairs; the opportunities, obstacles, and risks his administration will face have already been largely demarcated. There is no longer a leadership role to be filled by the US.

President-elect Biden’s backward-looking approach to US foreign policy has been welcomed by some as “a restoration of the old Washington and international order after the turmoil of the Trump administration”. But, Biden will have no path back to some previous state of affairs, and the opportunities, obstacles, and risks his administration will face have already been largely demarcated. Biden might believe “America, at its best, still has a greater ability than any other country on earth to bring others together to meet the challenges of our time.” However, there is no longer a leadership role to be filled by the US. No job vacancy to be filled. As has been observed,  “Biden’s ambition to restore the U.S. to such a dominant position at this moment in history are out of touch with global reality”.

Strategic capitalism is the propensity of states to “increasingly intervene in the production and flow of goods, services and data, as well as in the development and diffusion of technologies”, in order “to make sure market transactions do not imperil the bases of national economic power”. This describes the current great power competition which is  “about battling for market dominance in high technology and industries of the future “, including through “setting industry and technology standards, and influencing regulations in the digital economy”. Export controls and intellectual property transfers will increasingly focus on artificial intelligence, robotics, internet-of-things, advanced materials, nano- and bio-technologies, and quantum computing; the building blocks of future economic success. China-US competition is “rooted principally in a quest for economic pre-eminence and technological mastery”.

The view from Europe exemplifies this interpretation of the international environment. “The most important structural feature of our world today is not multilateralism, but rather a bipolar competition between China and America”, and that “Because neither China or America wants a conventional war, their most powerful weapon is to manipulate the architecture of globalisation”.

The world wants a more genuinely equal set of arrangements in which states’ interests can be protected from Chinese and American pressures, not an international order dominated by either.

The European Union (EU), India, Turkey, Russia, Japan, and others, including of course China, have become stronger and more conscious of their own interests. All these states, and others, are exercising what they see as their legitimate claims to autonomy in their international affairs. They are no-longer going to supinely accede to America’s priorities, or China’s, or automatically sacrifice their own priorities to a world order where the someone else writes the rules. The world wants a more genuinely equal set of arrangements in which states’ interests can be protected from Chinese and American pressures, not an international order dominated by either.

What this means is clear from the European Union notion of autonomy, both economic and strategic. For the Europeans this is a necessity. The European Parliamentary Research Service (EPRS) has warned that the EU is “at risk of becoming a ‘playground’ for global powers in a world dominated by geopolitics”. Tellingly, the EPRS judges that “the reliance on the three pillars of EU foreign policy – multilateralism, transatlantic shared values and interests, and a level playing field in global trade – is likely to weaken the EU’s position in an increasingly power-driven international world, where interests prevail over values and norms”. Strategic autonomy for the EU is seen as the ability “to decide and to implement decisions in an autonomous manner” and reducing “dependencies [that] could compromise autonomy”. Autonomy means employing “the language of power…as well as the tools and means…to avoid being caught in the growing strategic rivalry between the USA and China, and their respective values and interests”.

Biden has declared, “The world does not organise itself. American leadership, backed by clear goals and sound strategies, is necessary to effectively address the defining global challenges of our time”. He will find that much of the world will begs to differ. The Biden administration will be unable to avoid continuing America’s fierce competition with China for market access, technological superiority, and primacy in digital standard setting. To do so would hand the future to China. It also will find that, like-minded and democratic or not, most states will have distinct national interests that don’t automatically coincide with those of the US. States will seek to act autonomously, dancing between the feet of the battling giants, trying to extract or leverage the best price they can for their allegiance and alignment in the Chinese-US competition.

Notions of stable blocks of states facing-off, or even clearly defined spheres-of-influence around great powers, as characterised the Cold War, are not likely to feature in this emerging world characterised by geoeconomics.

Of course, the interplay of states is always contingent, and legacy conditions and temporary domestic circumstances will influence events. Nevertheless, notions of stable blocks of states facing-off, or even clearly defined spheres-of-influence around great powers, as characterised the Cold War, are not likely to feature in this emerging world characterised by geoeconomics. There will be no leadership role for the US. America will remain the biggest economic and military power and of course, its interests and strategic redlines will receive due attention. But so will China’s.

Australia is awkwardly placed as this new age of strategic capitalism unfolds. It has a deep past investment in the US hegemony. Its leaders signal this adherence regularly through boasts about the numerous conflicts its has embarked upon as a faithful ally, and its constant justification of the centrality of US leadership and military powers to keep the world on the correct path. Whereas the Europeans are questioning the continuing value of NATO and over-reliance on the US for security in the new global situation, and are confronting the need for autonomy and manoeuvrability, Australia is unable to even examine constrictions placed on its autonomy through being welded to the US and ANZUS.

Recognition of the new international dynamics is the first step Australia needs to take in preparing policies and strategies for the post-Trump world. This includes rejecting the confrontational, zero-sum anti-China mentality. It means investing in and deploying a diplomatic service capable of negotiating the new environment, and radically de-emphasising military policy. Most of all it means managing the US relationship differently.