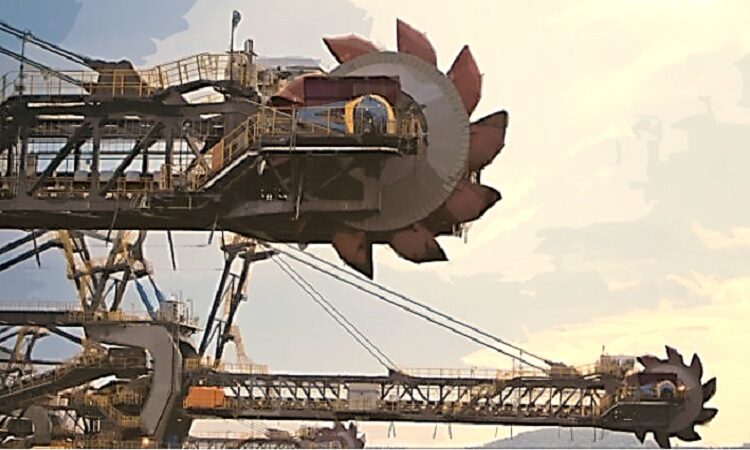 There are many commentators with strong and legitimate concerns about China. The relationship between Australia and China is a very important one and it warrants being debated openly and vigorously. When those with privileged access to the public square confuse name calling and assertion with rational argument, it is important to point this out. The ABC’s business editor Ian Verrender’s diatribe on China is a case in point.

The language employed by the critics of China and China-Australia relations is becoming increasingly intemperate. For example, Verrender describes calls for a “reset” with China following the trade frictions as “capitulation”. China, apparently, seeks Australia’s “subjugation” and had dreams of  Australia becoming “a vast quarry and food bowl run by a compliant colony”.  The “increasingly hostile regime in Beijing”, that “tolerates no dissent at home or abroad”, also “thumbs its nose at global trade rules and systematically shuts Australia out of every conceivable commodity with the most spurious of excuses”. Such inflammatory and exaggerated language doesn’t promote useful dialogue.

All the tensions in the relationship are attributed here to China’s behaviour. The deterioration in the relationship, in Verrender’s account, stems from the Chinese government’s annoyance at having failed to acquire Rio Tinto’s iron assets in the Pilbara in 2009. This would have “delivered control of global iron ore pricing, and with it, Australia’s future economic wellbeing”. Now, to underpin its recovery from the Covid crisis, “China needs iron ore. And for that, it needs Australia”. Verrender sees this situation as giving Australia “a powerful card” up its sleeve, although “one any Australian government would be loath to play”.

For Verrender it’s time to move on. He seems to be saying that because China “cannot source iron ore in sufficient quantity anywhere else”, at least not for the near future, Australia has sufficient leverage in the relationship to create the space and time for “our exporters to secure new markets”. While he accepts “It will take years, perhaps decades” for this to happen, he seems confident because “it has been done before” when the UK joined the common market.

That’s it then. Anyone seeking a rapprochement with China is effectively a quisling, its all China’s fault, and apparently Australia can with equanimity set about decoupling from our largest trading partner.

The first problem with this neat conclusion is one of symmetry. When looking on China many commentators see it as a whole. The “hostile regime” is judged by the sum of its activities – strategic, economic, and trade policies and investments – domestic and international. Yet, Australia wants China to compartmentalise Australia’s activities. Wholehearted participation in US military planning and operations in East Asia, significant investment in military capability designed to operate in China’s adjacent seas, enthusiastic alliance building against China, bullhorn criticism of China’s domestic affairs, and a raft of legislation aimed at restricting Chinese activities in Australia, are not expected to generate any response in China. However, taking the total of Australia’s anti-China activities into account, the restrictions by China on some items of trade seems proportionate, even restrained.

The judgement that the Chinese demand for iron ore gives Australia some executable weight in the relationship deserves further examination. First, it’s worth thinking about how Australia would exercise this “powerful card”. Then, it’s worth considering the options China has for loosening the grip of Australia’s dominance of its iron ore imports and how long it might take to wean itself off Australian mining.

The iron trade between Australia and China seems to produce two dependencies. In the case of a tussle it would be a question of who can bear the most pain best, and bear it the longest. Australia might restrict supply and drive up the price of ores going to China in the hope of forcing it to modify its behaviour. By artificially maintaining a high price it might ameliorate the impact on government revenues flowing from mining. But the international environment is Newtonian, and for every action there is a reaction. High ore prices provide opportunities for ‘non-traditional’ ore exporters to enter the market, as the high prices in 2020 have already shown, with ‘non-traditional’ ore supply at a five year high. And China could find many other avenues to punish Australia for such aggressive and coercive action through iron ore exports.

The biggest long term threat to Australia iron ore exports is from the Simandou deposit of high quality iron ore in Guinea, West Africa. There are serious obstacles facing the development of Simandou, including a difficult to access location and the massive investment required in infrastructure. China is at the forefront of attempts to get this mine into operation as the quality and quantity of the ore would enable China to diversify its own supply and drive down prices. But as things stand now, the prospect of Simandou coming on line within a decade is slim.

Faced with a threat to supply from Australia hanging over its head China could be motivated to wear the short term pain and wear the costs of accelerating the project in order to secure a long term supply of iron ore. In the scheme of things a decade is not a long time and it is questionable whether Australia could adjust economically to the loss of exports to China in that period. The enormous discrepancies in the relative economic power between China and Australia, and the greater ability of China to direct investment toward national interests, seems to have been overlooked in Verrender’s one dimensional analysis of the situation.

China will continue to be a dominant economic and military presence in East Asia and will exercise growing influence. It is not clear how it makes sense to decouple from China while the rest of the region becomes more integrated and finds more ways to manage, and benefit from, the necessary relations with their giant neighbour.