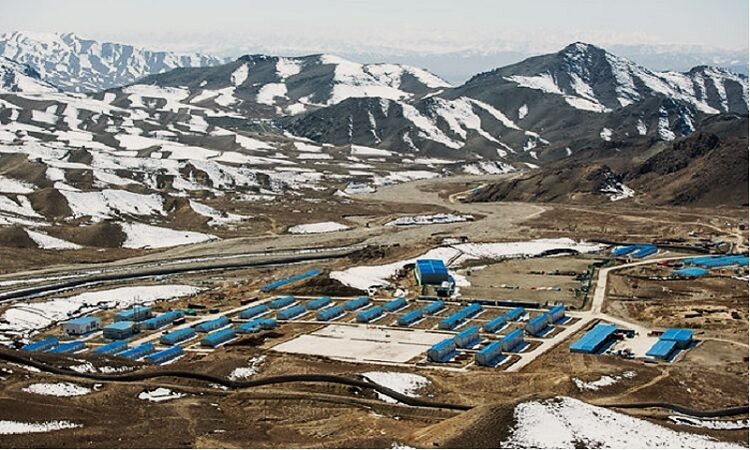 Australia’s fixation on the South China Sea, and policy-makers’ indulgence of the fatuous Indo-Pacific concept, is obscuring the major developments in the strategic environment and misdirecting the public debate. The fierce competition over the technologies and materials crucial to the next economy should be preoccupying strategic policy makers.

Military power will continue to play an indispensable role in international relations, but one subordinate to, and dependent on, the struggle for economic dominance. Strategic capitalism will see states increasingly intervening “in the production and flow of goods, services and data, as well as in the development and diffusion of technologies”, in order “to make sure market transactions do not imperil the bases of national economic power”.  To date this has been China’s competitive advantage.

The current competition between China and the US is “more about battling for market dominance in high technology and industries of the future “, including through “setting industry and technology standards, and influencing regulations in the digital economy”. Controls on exports and transfers of intellectual property will increasingly focus on artificial intelligence, robotics, internet-of-things, advanced materials, nano- and bio-technologies, and quantum computing; anticipated to be the building blocks of future economic success. It is “rooted principally in a quest for economic pre-eminence and technological mastery”.

As a matter of pragmatism, the European Union (EU) will also be engaged in this competition. The European Council on Foreign Relations argues that “The most important structural feature of our world today is not multilateralism, but rather a bipolar competition between China and America”, and that “Because neither China or America wants a conventional war, their most powerful weapon is to manipulate the architecture of globalisation”.  The European Parliamentary Research Service has warned (pdf) that “the reliance on the three pillars of EU foreign policy – multilateralism, transatlantic shared values and interests, and a level playing field in global trade – is likely to weaken the EU’s position in an increasingly power-driven international world, where interests prevail over values and norms”.

China anticipated the technology struggle, and understood early its criticality to market dominance and economic power, as well as the flow-on to high-tech military power. With foresight, China has, for example, positioned itself as the major miner and processor of cobalt, an essential element of lithium ion batteries, and has a near monopoly on processing of rare earth elements.

Rare earth elements are ubiquitous in modern civilian technologies, including green industries and clean energy,  and in military applications for communications, guidance, computing, sensors, etc. Defined by the US government (pdf) as “mineral material essential to the economic and national security of the United States”,  in 2019 America “imported 100% of rare earth metals and compounds it consumed”, mostly from China.

To the states caught up in this competition, geographic concepts like the Indo-Pacific have little relevance for their long term prosperity, security, and autonomy. Take India. It derives some benefits from its participation in the Quad, including the armaments purchases from the US enabling the diversification of sources, and it cannot ignore the Indian Ocean maritime environment. However, India’s most threatening strategic challenges lie along its land border in the north.

Kabul and New Delhi sit on the circumference of a thousand kilometre diameter circle enclosing parts of Afghanistan, Pakistan, China and India, and containing the contested territories of Jammu and Kashmir, Gilgit-Baltistan, Ladakh, and Aksai Chin. Here are three nuclear powered states that also maintain three of the world’s largest armies. As the US withdraws, Chinese involvement in Afghanistan will be driven by security concerns in neighbouring Xinjiang, access to mineral resources, and Belt and Road projects and the China-Pakistan Economic Corridor (CPEC) investments, while Pakistan and India will compete for influence in a post-occupation Afghanistan.

China has been quietly establishing its influence and presence in Afghanistan for a while, and seems to be in a particularly strong position as the US withdraws. Although China only has  small border area with Afghanistan at the end of the Wakhan Corridor, access undoubtedly will be facilitated by Pakistan and Iran, with which China has good relations. China’s direct interest in Afghanistan is obvious. The country has vast reserves of gold, platinum, silver, copper, iron, chromite, uranium, and aluminium, and may hold 1.4 million tons of rare earth elements, and lithium deposits equal to the world’s largest known reserves. All critical inputs into the future high-tech economy.

This just one region where developments could have a greater impact on the shape of the international environment than disputes in the South and East China Seas. Why would China risk significant harm from a conflict in East Asia, where its population and industrial and economic infrastructure along its littoral are concentrated and vulnerable. China will, of course, build the forces necessary to deny an adversary a strong position in the adjacent areas, but is unlikely to instigate a war there when its global advantages are increasing.

As the pandemic progresses the resilience and strength of China’s state capitalist model is on display, with China’s economy expected “to expand by 1.8% in 2020 and 9.5% in 2021”. It seems the long term economic strategy of the Chinese is paying dividends. It’s approach to vaccines, in contrast to the West, will help rebuild its reputation in the developing world.

Warnings that China poses an imminent and direct military threat to Australia and that somehow Australia possesses options for deterring a determined China are distractions. Apart from bizarre theories about China imposing its authoritarian model on everyone else, a rational objective that the Chinese would pursue through military action against Australia is hard to imagine. Chinese ambitions are economic and focussed on building a dominant position in the future global market for high-tech products and services.

Calls for Australia to decouple economically from China as it grows and cements its power in the next economy, or for building Australian military forces for some quixotic deterrence strategy, are just poor policy and distracting Australian governments from the big international currents.