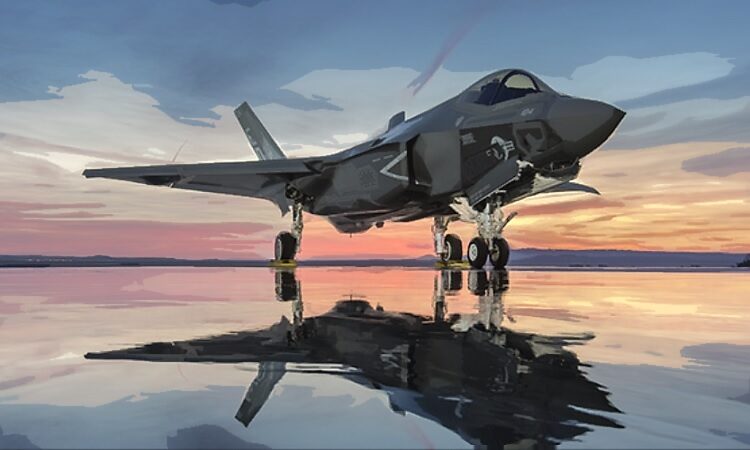 Although references to deterrence are regularly trotted out to justify defence acquisition decisions and alliance policy, the place of the idea of deterrence in Australia’s strategic policy is opaque and poorly understood. That the effectiveness of a deterrence strategy is highly dependent on contingent circumstances is regularly left unaddressed by advocates of ever greater defence spending.

The second of Australia’s three key strategic objectives is to “deter actions against our interests”, although what this means in practice is largely unexamined. That hasn’t prevented apostles of greater defence spending from throwing the term around with Mosaic authority. However, the record shows deterrence doesn’t always succeed, despite the impression given by the government, and its chorus among the commentariat, that it’s just a matter of buying bigger and better submarines and missiles.

Deterrence is a layered concept with three main components; capability, credibility, and communication. That is, to deter an adversary from a particular action the minimum requirement is to have the military capability to force them to weigh the costs and benefits of achieving their objective in the face of the likely level of opposition. Without the clear intention to employ force to resist the adversary’s attempt to gain their objective there is no deterrence strategy. Then, crucially, the intention to resist the adversary must be convincingly communicated to the adversary. The weighting of each element can vary radically depending what is at stake at the time.

With conventional deterrence, there are immediate and longer term considerations. Confronted with a situation, either tomorrow or decades hence, where an attack on Australia is imminent, or military action against some Australian strategic interest in the region is in preparation, the success of a deterrence strategy will depend heavily on the adversary’s perception of the relative capabilities at hand in the moment. A longer term deterrence strategy confronts the difficulty of predicting where, when, against who, and over what issue the deterrence strategy will be employed. Apart from the sheer impossibility of knowing decades in advance what the objective of friction might be, anticipating advances in military technology and shifts in geopolitics is fraught with uncertainty.

Another feature of deterrence strategy is that it involves two sides. If an adversary believes that at a point in time they have the superiority of forces required to achieve their objective they could be tempted to act pre-emptively before the other side can prepare; thus an anticipation of deterrence could precipitate a surprise attack. In any event, it is always impossible to be sure it was deterrence, the prospect of strong resistance, that deterred an assault.

The psychological aspect of deterrence is also relevant. Simply adding up the forces on either side of a dispute will not reveal the strength or depth of the motivation an adversary might have with regard to a certain objective, or what might be the domestic political pressures to which they are subject. Adversary commanders might be overconfident of their ability to succeed, or not have accurate or complete intelligence of the relative strengths. In the end an adversary might be prepared to suffer losses, absorb harms, or take risks that the deterrer finds hard to believe.

A final perplexing aspect for the deterrer relates to how interests are defined. Should Australia signal its determination to gamble on deterrence as a strategy in relation to any threat to anything that might affect Australia in any way? That would be irrational. However, drawing the line is a difficult strategic calculation. In any potential conflict, the adversary will make a judgement on how strongly-motivated Australia is to defend a particular interest, and what retaliatory consequences it is prepared to tolerate. Will Australia be prepared to carry out its threat?

Deterrence is a key factor in Australia’s declared defence policy. The Defence Minister has declared that the expensive Attack class submarines are justified because “an undetected submarine to project force far forward is the basis of our nation’s strategic deterrent”. A submarine “will influence [an adversary’s] calculus of the cost of threatening Australia’s interests”. A judgement endorsed in ASPI’s paper Submarines: your questions answered, which is replete with references to the deterrence powers of submarines.

So what does the government envisage the submarines, new naval vessels, F-35s, and variety of long range missiles will deter? In the case of a direct threat of major attack on Australia by China, the only regional power capable of such an assault, only the direct counter-threat of US intervention could have any deterrent value. China would need to have a vital national or strategic interest at risk to mount such an attack. In the absence of the US, China’s overwhelming military capability in combination with a strong motivation, would render any pretence of a deterrence capability by Australia farcical.

Even more unsound is the idea that an Australian government would, independently, threaten Chinese assets somewhere in the region when there was no direct threat to Australian territory and citizens. It is hard to conceive of a situation where Australia alone would attempt to threaten China in order to deter it from some act by sinking one of its vessels, or destroying land-based assets, via a submarine or long-range missile attack.

The constant rhetorical resort to deterrence as the justification for acquiring expensive high-tech weapons platforms and systems is simply deceptive. Given the opportunity cost, for education, health, and research, of bloated defence investment, the Australian public deserves a better explanation of what the government’s throwaway references to deterrence mean.