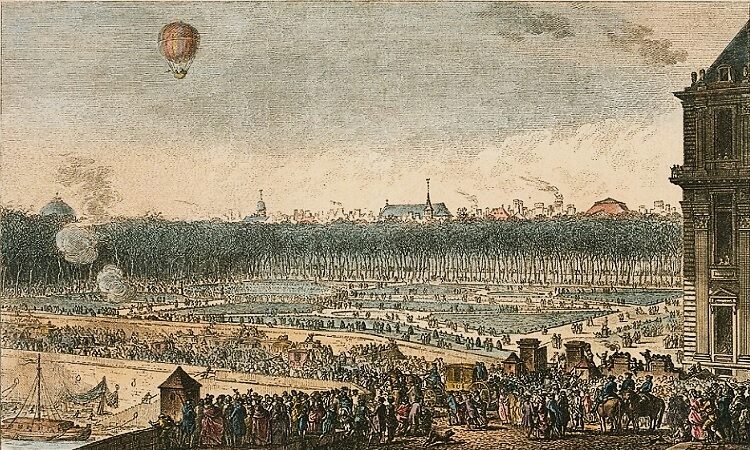 Michael Shoebridge from the Australian Strategic Policy Institute (ASPI) has entered into important territory in a recent post. It will become increasingly the case that if Australia doesn’t address the demands of the next economy, its prosperity, and therefore its security, will decline. While Shoebridge’s suggestions don’t rise to the level of practical or implementable policy, his thinking does point to the dangers of allowing an obsession with China distract from the genuine issues facing Australia.

Shoebridge begins his justification for a major rejigging of the Australian economy by putting it in the context of an anti-China argument. His big idea for decoupling the Australian and Chinese economies is for Australia to build a green clean steel industry. He believes “it’s time for government and industry to chart a new course and invest in partnerships and technologies that work around the risky China market” and he focusses on Australia’s dependence on the Chinese demand for iron ore.

In effect he is suggesting Australia take a punt on “new industrial processes” that have made “clean steel manufacturing using renewable energy economically viable and attractive”.  Shoebridge argues that “the driest economists” can understand “how Australia’s low-cost, high-quality, reliable supplies of iron ore can be combined with our low-cost, abundant supplies of renewable energy”.  He claims, “It’s not much of a leap to connect these two advantages to the production of clean steel using hydrogen instead of metallurgical coal”. However, it’s doubtful that economists, company directors, or ministers would concur.

There are many problems with the proposal. From the perspective of strategic policy, it is clear that any plan to redirect the iron ore supplies on which China currently relies will be a lengthy process that creates the space for China to respond with its own initiatives. Presumably Shoebridge was inspired by developments in northern Western Australia. The current proposal for an Asian Renewable Energy Hub in the Pilbara is planned to produce green hydrogen once in operation. This project won’t see an investment decision until 2025 with construction commencing in 2026.

Even a Herculean effort to establish a clean steel industry in the Pilbara along the lines suggested would require a massive expansion of the project, require vast additional investment and take years. The business case for an investment of the scale envisaged would need to address the competitive advantage existing steels producers would have, the ability of an Australian product to compete in terms of scale, cost of production, transportation, the location and size of the markets, and the availability of the necessary technology and appropriately skilled workforce. There seem to be a number of significant risks inherent in the project as an investment proposal. In the intervening period China might actually see this as an attempt to harm its own industries and economy, as a hostile act, and a cause for an action against Australia.

A key factor would be the source of the capital investment in building a clean steel industry. If Australia’s domestic economy generated sufficient demand to warrant investment in steel production, it would have already happened, certainly given the fact the raw material and relatively cheap power has been available. Presumably an export market for this steel is envisaged, without identifying who might be attracted to invest in such a venture. If the purpose is a national interest, then it might be expected the Australian government would stump up the bulk of the investment, or provide very attractive concessions to private concerns to encourage their participation. Apart from the issue of competing priorities for government expenditure, such a move would be a significant shift in economic philosophy for an Australian government.

The politics would also be very interesting. The difficulty of transitioning to a clean steel industry, and replacing a significant proportion of Australia’s current iron ore exports to China, cannot be underestimated. It is inconceivable that China, when faced with a risk to its source of iron ore, would not take the opportunity during any transition period to diversify supply, seriously affecting the profitability of the mining giants. The result would inevitably be an increase in unemployment and a decrease in revenues to government. The ongoing viability of Australia’s iron ore mining business would come under enormous pressure during such a transition. Moreover, it would be unrealistic to think China’s response to a clear assault on its economic interests would pass without other economic consequences for Australia. It seems unlikely any government would take this project on willingly.

The emphasis on finding an alternative use for iron ore is part of a campaign to decouple Australia’s economy from China’s. This objective seems to obscure the costs, disruption, and hurt Australians would suffer, and to dismiss the practicalities. Nevertheless, buried in this idea is a very important issue.

In its own interests Australia needs to embrace new technologies and alternative energy sources in order to build a sustainable and zero-carbon future.  Not an industry policy built around anti-China initiatives, but an overarching plan for undertaking the research, developing the technologies, growing the workforce, building the infrastructure, and attracting the capital that will enable the massive transformation to a zero-carbon and sustainable future.

This effort doesn’t need to be diverted into sub-optimal enterprises like clean steel simply to poke China in the eye. On the contrary, China is likely to remain the most obvious market for an Australian economy that can deliver products and services derived from artificial intelligence, internet-of-things, new materials, biological innovations, quantum computing, and breakthroughs in other emerging technologies.