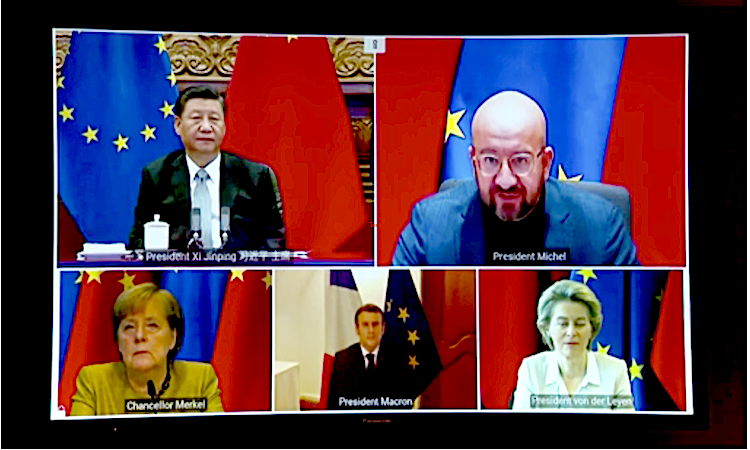 The European Union and China concluded negotiations on a business investment deal on Wednesday, 30 December 2020, referred to as the Comprehensive Agreement on Investment.

The agreement has been nearly seven years in the making and is likely to take at least another year to enter into force. It forms part of a new relationship with China, which the EU views as both a partner and a systemic rival.

Scope of the investment deal

The EU has issued statement outlining the key elements of the the Comprehensive Agreement on Investment.

According to Associated Press, the EU hopes the agreement will help correct an imbalance in market access, and create new investment opportunities for European companies in China by ensuring they can compete on an equal footing when operating in the country.

The EU is reported as having said the agreement, which includes provisions for settling disputes, should increase the transparency of Chinese state subsidies and make sustainable development a key element of the relationship between the EU and China.

Some requirements that companies operate as part of joint ventures with Chinese partners will be lifted. China will ban the forced transfer of technology from foreign companies, and has pledged to be more transparent on subsidies and bar state-owned enterprises from discriminating against foreign investors.

The deal also includes reciprocal commitments on climate change and labour rights. “We are open for business but we are attached to reciprocity, level playing field and values,” European Commission president Ursula von der Leyen is reported to have said. According to the EU, the deal was brokered after China committed to pursue ratification of the International Labor Organization’s rules on forced labor.

Next steps towards ratification and entry into force

The ratification process is expected to take several months. The text of the agreement still needs to be approved by the EU Council and, to enter into force, the agreement will then need to be ratified by the European Parliament.

Criticism of the agreement

Some have criticised the timing of the deal, which is considered to have the potential to cause tension with the incoming US administration. DW reports that Jake Sullivan, who is to be Biden’s national security adviser, wrote on Twitter last week that the Biden administration would “welcome early consultations with our European partners on our common concerns about China’s economic practices.” The EU, however, said the investment agreement will give the EU the same level of market access in China that the United States has, and insisted that the deal will benefit other trading partners by getting China to commit to high standards of conduct.

Some European parliamentarians (MEPs) are reported to be critical of the agreement on the questions of China’s labor standards and human rights record. In an interview on DW Business (30 December 2020), the European Greens MEP Reinhard Bütikofer, of the European Parliament China Delegation, described the deal as “the European Commission putting lipstick on a pig” – referring to the inadequacy of the deal in protecting the labour rights of the Chinese – and as deficient in its “strategic dimensions”, amounting to “giving the middle finger to Joe Biden”, a “strategic mistake”.

President Xi expressed hope that Europe will “adhere to free trade” and create a nondiscriminatory environment for Chinese investors, according to Xinhua. It said he noted China and Europe “support multilateralism.” The agreement shows that “despite differences on some issues” the two sides “have the political will to strengthen dialogue and deepen cooperation,” Xinhua reported.