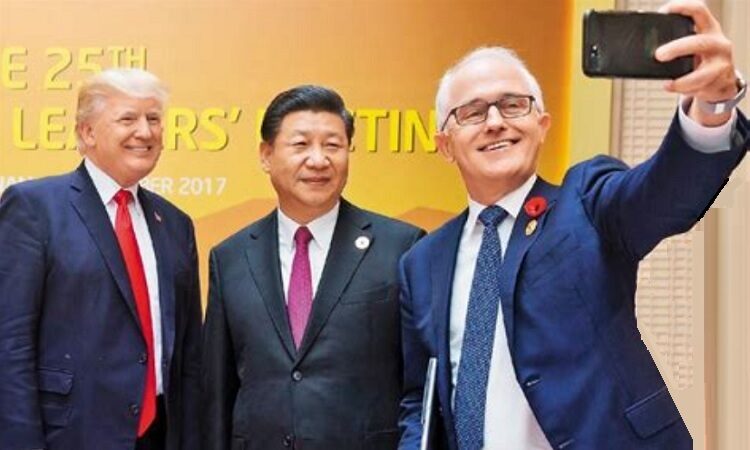 On 12 January 2021, the outgoing Trump administration released a declassified document titled United States Strategic Framework for the Indo-Pacific. The document was declassified some thirty years ahead of schedule to enable its early public release. This unusual step by an outgoing US administration has seen the emergence of a range of views on the merits of the document, and the intention behind its early release.

In an article published here on 16 January 2020, Laura Tingle suggests that the early declassification of the Framework is an attempt by the outgoing Trump administration “to make sure the strategic architecture is explicit and on the public record… and that it becomes a jumping off point for the Biden administration”.

Tingle and others cite “Washington sources familiar with the development of the strategy” as saying that “Australia had a significant influence on the document, as did Japan”. The National Security College’s Professor Rory Medcalf suggests that the “framework bears the fingerprints not only of Washington’s December 2017 National security strategy but Tokyo’s 2016 ‘free and open Indo-Pacific’ policy and Canberra’s 2017 initiatives, notably the Turnbull government’s foreign policy white paper…” . Another commentator has suggested that “the authors of the U.S. document appear to have taken advice from earlier Australian reports and policy decisions” resulting in “the U.S. Indo-Pacific strategy closely resembling Australia’s own foreign policy”.

What is clear from the document is that it is a statement of US interests and objectives. As former Australian Prime Minister Malcolm Turnbull put it, the document is a “very clear-eyed thoughtful statement of America’s strategic priorities in the Indo-Pacific”. And not all commentators agree with those that see Australia’s foreign policy as aligned with the contents of the Framework. Anthony Galloway points out, “Australia’s Indo-Pacific strategy for a number of years has been aimed at transitioning to a multipolar region where Beijing is accommodated but counterbalanced by a number of regional powers including India, Indonesia, Japan and the US”. The Framework articulates the position of the Trump Administration in “pursuing a misguided policy of maintaining US hegemony throughout the whole region”.

On the question of the objective of US primacy in the Indo-Pacific, the US Naval War College’s Professor Lyle Goldstein has suggested that the Framework’ is “a blueprint for a Cold War 2.0,” calling the document’s frank reaffirmation of the U.S. desire to maintain strategic primacy “an extreme position”. Professor Rory Medcalf, on the other hand, argues that the Framework “will have enduring value as the beginning of a whole-of-government blueprint for handling strategic rivalry with China”, a contest which he sees America as needing to win: “America cannot effectively compete with China if it allows Beijing hegemony over this vast region, the economic and strategic centre of gravity in a connected world”.

Other points that commentators and analysts have focused on include the Framework‘s treatment of South East Asia, the approach taken to India and Russia (here and here). And across the board, there appears to be a considerable degree of consensus in the commentary that execution of the Framework has fallen well short of its objectives.

Read the Trump administration’s Statement accompanying the release of the United States Strategic Framework for the Indo-Pacific. on 12 January 2021 (includes a link to the document itself).