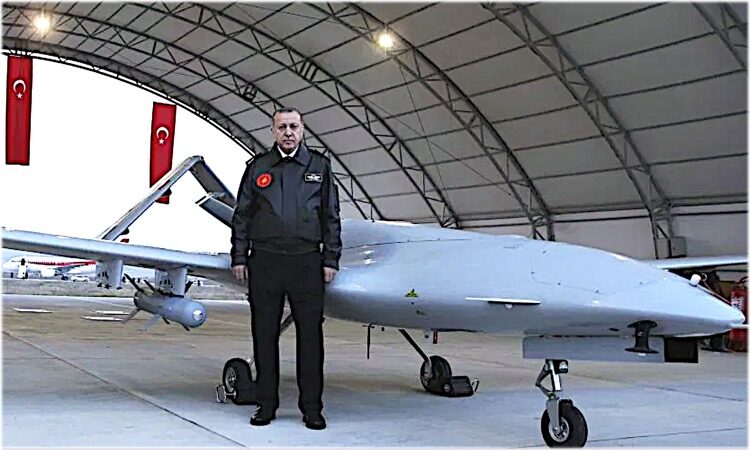 Reuters reports that Turkey’s President Erdogan told a news conference in Ankara on Tuesday [16 March 2021] that Saudi Arabia is seeking to buy armed unmanned aerial vehicles from Turkey, after years of tension between the two regional powers.

Saudi Arabia reportedly sought to acquire drones from the US during the Obama administration, but the request was refused. At that time sale of US military drones was restricted to close European allies only, and later, Australia.

Development of the global UAV market

While China and the US have been the main producers of military UAVs, Turkey is now another significant player in the market. As the Reuters report notes, several countries have in recent years shown interest in Turkish-made drones, which were effective in regional conflicts, such as Syria, Libya and Nagorno-Karabakh.

In July 2020, the Trump Administration announced that it would ease restrictions on the export of military drones, “a policy shift that has long been sought by American defense manufacturers and some US officials worried about competition from other drone-manufacturing countries, such as China”, according to CNN.

The policy shift represented a change in interpretation of the Missile Technology Control Regime.

Announcing the policy change in 2020, a Trump White House statement said that the change would “increase our national security by improving the capabilities of our partners and increase our economic security by opening the expanding UAS market to United States industry.”

The change in policy paved the way for the sale of drones to Taiwan.