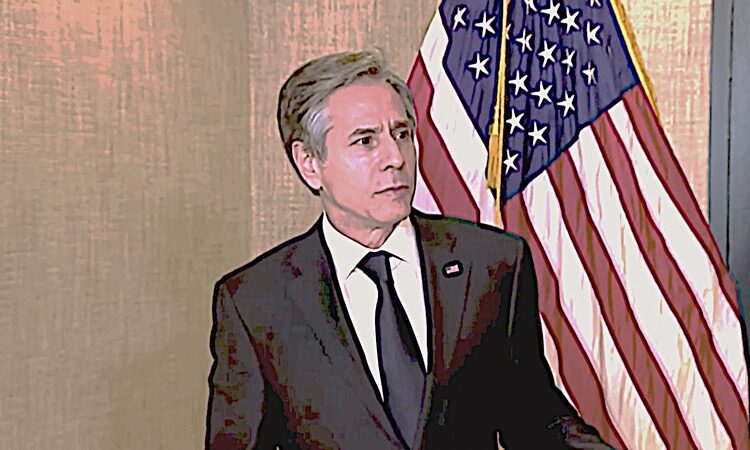 Reuters reports that “U.S. and Chinese officials concluded on Friday [19 March 2021] what Washington called “tough and direct” talks in Alaska, which laid bare the depth of tensions between the world’s two largest economies at the outset of the Biden administration”.

The unusual exchanges at the talks followed numerous criticisms of China by US Secretary of State Blinken made during visits to Japan and Korea in recent days, as well as press briefings indicating that the US intended to be frank in raising its “deep concerns” with China, and that it had low expectations of the talks.

“On the eve of the meeting,” according to Aljazeera, “the US issued a flurry of actions directed at China, including a move to begin revoking Chinese telecoms licences, subpoenas to multiple Chinese information technology companies over national security concerns, and updated sanctions on China over a regression of democracy in Hong Kong”.

But even against this background, the tone of Antony Blinken’s opening remarks surprised many commentators, and perhaps even the Chinese delegation, although its members were equally prepared to set out China’s concerns about America’s behaviour.

In response, Chinese foreign minister Wang Yi said that “The United States uses its military force and financial hegemony to carry out long arm jurisdiction and suppress other countries.” He added that the US “abuses so-called notions of national security to obstruct normal trade exchanges and incite some countries to attack China”.

After the conclusion of the talks, Chinese officials described the two days of talks as having been “candid, constructive and beneficial… But of course, there are still differences”. Chinese foreign minister Wang Yi made it clear that sovereignty was a matter of principle and the US should not underestimate China’s determination to defend it.

An unnamed US official is reported to have told journalists that “The Chinese delegation … seems to have arrived intent on grandstanding, focused on public theatrics and dramatics over substance.” The official added that “exaggerated diplomatic presentations often are aimed at a domestic audience.”

Indeed, there may have been grandstanding all round.

US and China publicly rebuke each other in first major talks of Biden era.(The Guardian, 19 March 2021)

China challenges Biden team on state of US democracy (The Hill, 19 March 2021)

Will a chilly meeting in Anchorage set the tone for US-China relations? (The Guardian, 19 March 2021)

U.S. officials say talks with China useful, but do not highlight any concrete outcomes (Reuters, 19 March 2021)

Alaska dispute between US and Chinese officials an inauspicious start to a new era of relations (CNN, 19 March 2021)