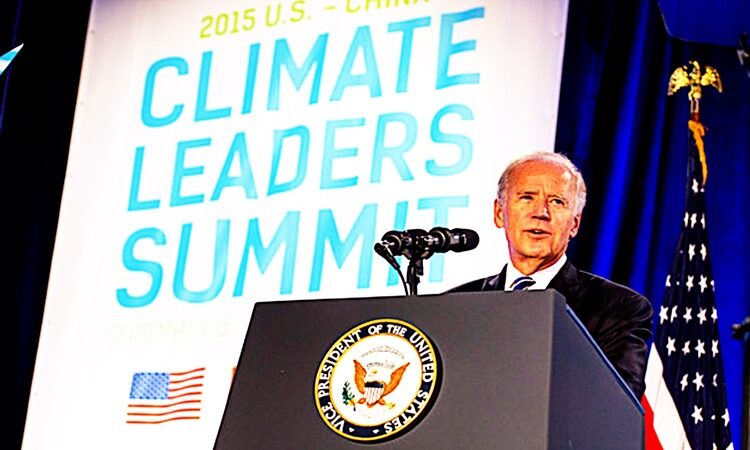 President Biden has today [26 March 2021] invited 40 world leaders, including Russian President Vladimir Putin and Chinese President Xi Jinping, to the Leaders Summit on Climate he intends to host on 22 and 23 April 2021, and which will be live streamed for public viewing.

The White House press release states that “In recent years, scientists have underscored the need to limit planetary warming to 1.5 degrees Celsius in order to stave off the worst impacts of climate change. A key goal of both the Leaders Summit and COP26 [in November in Glasgow] will be to catalyze efforts that keep that 1.5-degree goal within reach.  The Summit will also highlight examples of how enhanced climate ambition will create good paying jobs, advance innovative technologies, and help vulnerable countries adapt to climate impacts.” [h&t emphasis added]

The White House press release explains that the “summit will reconvene the U.S.-led Major Economies Forum on Energy and Climate, which brings together 17 countries responsible for approximately 80 percent of global emissions and global GDP.  The President also invited the heads of other countries that are demonstrating strong climate leadership, are especially vulnerable to climate impacts, or are charting innovative pathways to a net-zero economy.”

The following leaders have been invited to participate in the Summit:

Note: The 17 major economies that comprise the Major Economies Forum on Energy and Climate are: Australia, Brazil, Canada, China, the European Union, France, Germany, India, Indonesia, Italy, Japan, South Korea, Mexico, Russia, South Africa, the United Kingdom, and the United States. Denmark, in its capacity as the President of the December 2009 Conference of the Parties to the UN Framework Convention on Climate Change, and the United Nations have also participated in this dialogue along with Observers.