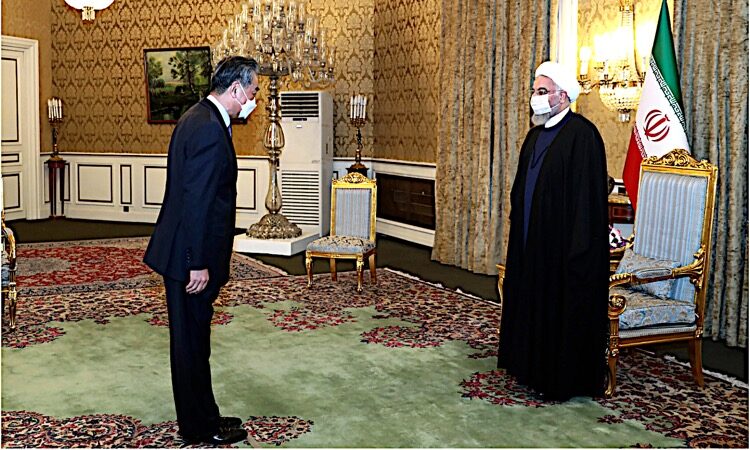 China and Iran sign 25-year strategic cooperation agreement. Chinese Foreign Minister Wang Yi: “Our relations with Iran will not be affected by the current situation, but will be permanent and strategic.” (France24, 27 March 2021)

China, With $400 Billion Iran Deal, Could Deepen Influence in Mideast. The countries signed a sweeping pact on Saturday that calls for heavy Chinese investments in Iran over 25 years in exchange for oil — a step that could ease Iran’s international isolation. (New York Times, 27 March 2021)

China’s FM Iran visit represents shift for the region. [T]his agreement with China is symbolic of a rapid drift to the east by Iran and the anchoring of the new China-Iran framework in a world order that may one day be led more by China than the West. (Jerusalem Post, 28 March 2021)

Iran’s Pact With China Is Bad News for the West. Tehran’s new strategic partnership with Beijing will give the Chinese a strategic foothold and strengthen Iran’s economy and regional clout. (Foreign Policy, 9 August 2020)