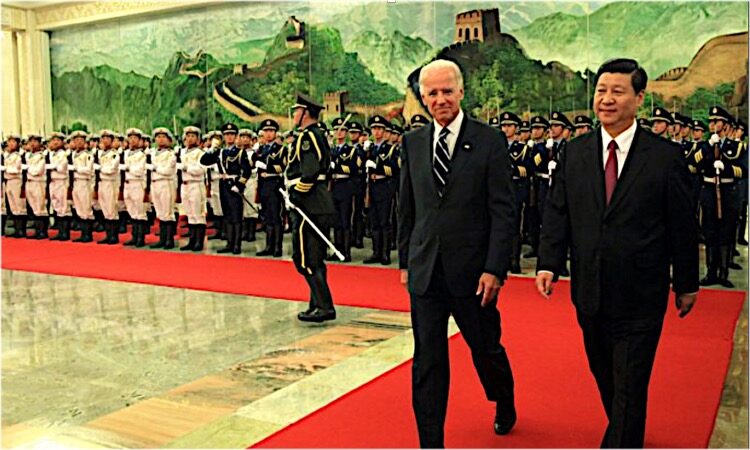 This piece from the East Asia Forum’s Editorial Board reflects on the gradual emergence of the Biden administration’s approach to China, which, they suggest, “… looks very much like a continuation of the Trump administration’s strategic competition”. But, referring to the East Asia Forum’s lead weekly article, the Editorial Board asks the question, will the US’s strategic competition with China under President Biden mean a shift from the malign competition – where each country seeks to undermine rather than outperform the other – that was typical under Trump towards a more benign competition?

The article suggests that President Biden’s remarks at a press conference on 25 March 2021 will be read by Beijing as “a clear statement that the United States does not welcome China’s rise, peaceful or not — that there is deep reluctance to treat China as an equal or with respect. Coupled with the reiteration of holding a democracy summit and framing the China–US competition as the struggle of the generation between democracy and autocracy, it seems it’s not just China’s power and wealth that the United States fears, but the colour of China’s political system.”

At that press conference, President Biden said that he sees “stiff competition with China”, and that China would not achieve its “overall goal” of becoming the leading, wealthiest and most powerful country in the world on his watch, “because the United States is going to continue to grow and expand”.

“A foreign policy for the American middle class thus far looks like malign competition with China”, the authors suggest, opining that the US “would serve its own democracy and democracies globally best by self-improvement, and demonstrating how a great democracy can self-repair and improve… [rather than the] creation of exclusive clubs of democracies, when many are faltering, [which] will only lead to deepening polarisation and unstable geopolitical disequilibrium”.

Interestingly, in the context of their observations on the “public clash between top US and Chinese officials, Anthony Blinken and Jake Sullivan and Yang Jiechi and Wang Yi, at their high-profile meeting in Alaska on 18–19 March”, the authors note that the exchange “reflected the need on both sides to take domestic audiences with them wherever they might be able to eventually take the relationship between both nations”. That, at least, the two nations have in common.

But in the meantime, the “downward spiral in the most important relationship in the world has still to find a bottom”.

The EAF Editorial Board is located in the Crawford School of Public Policy, College of Asia and the Pacific, The Australian National University.