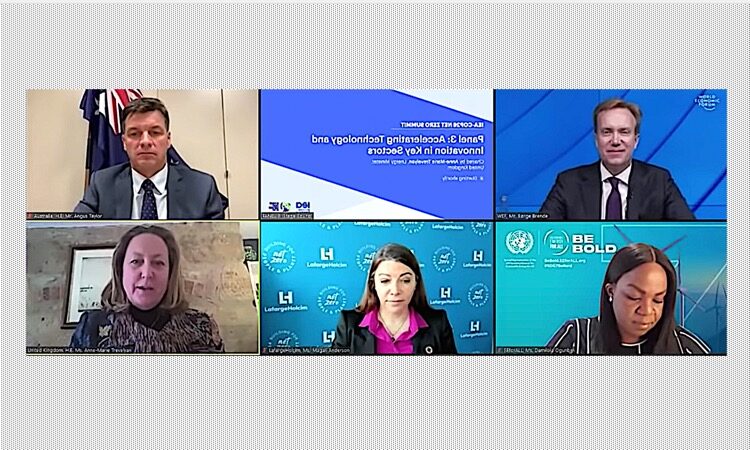 The SMH article notes the Minister’s statement that the Morrison government was “firmly committed” to hitting net zero “as soon as possible and preferably by 2050″.

The main focus of the article is on Angus Taylor’s contention that “removing the price difference between current technologies and low or zero carbon solutions is the key to widespread global adoption” of low emissions technology.

Minister Taylor pointed to Australia’s track record in deploying renewable energy, which he said had not been driven by subsidies or deployment targets, but by rapid cost reductions in renewable energy. “We now need to repeat that success across the next round of new and emerging technologies, like storage, carbon capture, green steel and green aluminium.” He added that Australia was focusing on getting the cost of clean hydrogen under [AUD] $2 per kilogram, which would then make it competitive as an energy source for industry, power and heat generation.

The Minister said reaching that goal would enable Australia to support its partners throughout the Indo-Pacific in their efforts to decarbonise while growing their economies.

The SMH article also quotes US climate envoy John Kerry as saying that even if the global community took all the action promised since the Paris Agreement, the earth’s temperature was on course to rise by 3.7 degrees.

“This is not politics. This is not ideology. This is not some political goal. This is not a pet project of one or two or three countries. This is a reality that the scientists for years have been telling us,” Mr Kerry said.