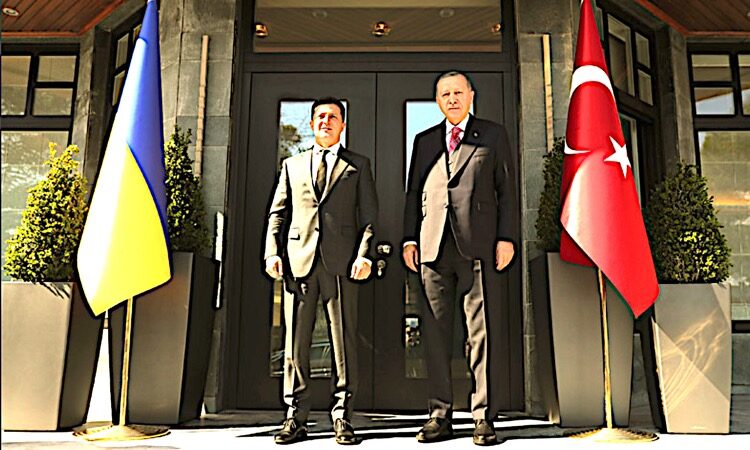 According to Associated Press, in the past three weeks, the Russian military has deployed two armies and three airborne formations to its western regions, near Ukraine’s borders. Russia’s defense minister Sergei Shoigu said today [13 April 2021] that the military buildup in the west was part of readiness drills that he described as “a response to the alliance’s military activities threatening Russia.”

The U.S. and its allies have sounded alarm about the concentration of Russian troops along the border with Ukraine and increasing violations of a cease-fire in eastern Ukraine, where Russia-baсked separatists and Ukrainian forces have been locked in a conflict since Moscow’s 2014 annexation of Ukraine’s Crimean Peninsula.

NATO chief Jens Stoltenberg on Tuesday [13 April 2021] called the recent Russian deployment the largest concentration of troops near the Ukraine border since 2014. “Russia has moved thousands of combat troops to Ukraine’s borders, the largest massing of Russian troops since the illegal annexation of Crimea in 2014. Over the last days, several Ukrainian soldiers have been killed in eastern Ukraine,” he said.

Meanwhile, it is reported that Russia recently warned NATO against sending troops to eastern Ukraine, citing Kremlin spokesman Dmitry Peskov as saying that any deployment of NATO troops would “undoubtedly lead to further tensions” and that the Russian side would then “have to take additional measures to ensure their security,” without giving specifics.

In another related development reported in recent days, following a meeting in Istanbul on Saturday [10 April 2021], the presidents of Ukraine and Turkey stressed the importance of Ukraine’s territorial integrity, the de-escalation of tensions in eastern Ukraine and security in the Black Sea.

Turkish President Recep Tayyip Erdogan urged the continuation of a cease-fire in eastern Ukraine and for both sides to find a solution to the conflict through dialogue. He said Turkey “strongly defended Ukraine’s territorial integrity and sovereignty” and reiterated Turkey’s decision to not recognize Russia’s 2014 annexation of Ukraine’s Crimean Peninsula. “Our fundamental goal is for the Black Sea to continue being a sea of peace and cooperation,” Erdogan said. “We do not wish the escalation of tensions in our shared geography under any circumstance.”

Erdogan added that Turkey’s cooperation with Ukraine did not mean it was taking a stance against any other countries. Turkey is a NATO member but Erdogan and Russian President Vladimir Putin have forged a close personal relationship, sealing energy, defense and trade deals. They have also landed on opposing sides in other conflicts, including Syria, Libya and Nagorno-Karabakh.

The White House Readout of the telephone call said that President Biden emphasized the United States’ unwavering commitment to Ukraine’s sovereignty and territorial integrity, voiced concerns over the sudden Russian military build-up in occupied Crimea and on Ukraine’s borders, and called on Russia to de-escalate tensions.

President Biden reaffirmed his goal of building a stable and predictable relationship with Russia consistent with U.S. interests, and proposed a summit meeting in a third country in the coming months to discuss the full range of issues facing the United States and Russia.