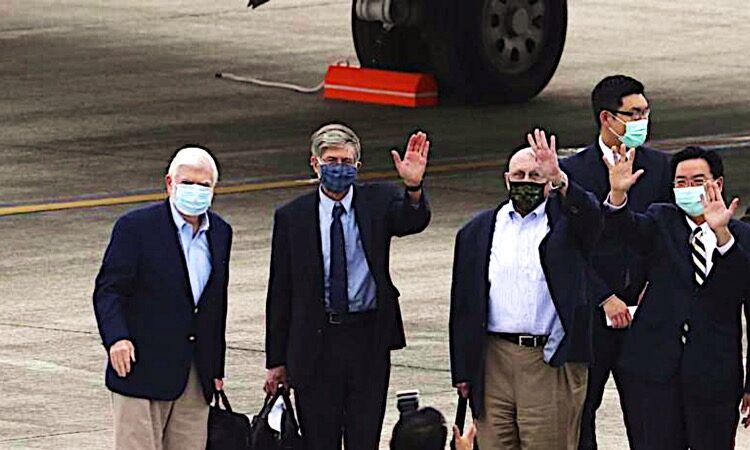 Foreign Policy and the Financial Times report that the US is pushing for Japan to sign off on a joint statement of support for Taiwan, to be issued after the visit of Japanese Prime Minister Yoshihide Suga to the White House on Friday 16 April 2021. If the Biden administration succeeds, it will be the first time that Taiwan is mentioned in a joint US-Japan statement since 1969.

The Japan Times reports that Japanese officials have said that Biden and Suga will sign a joint statement highlighting the importance of “peace and stability” in the Taiwan Strait. “A joint statement mentioning Taiwan would be the first by a US and Japanese leader since Tokyo and Washington normalised relations with Beijing,” the article notes. “The last time came in 1969, when Prime Minister Eisaku Sato and President Richard Nixon called the self-ruled island’s security ‘a most important factor for the security of Japan’.”

The Biden administration has shored up its support for Taiwan in recent days, relaxing its rules on diplomatic contact, and dispatching three former US officials, Richard Armitage, James Steinberg and Chris Dodd, to Taipei in a show of support.

Under President Trump it was made clear that the US maintained its longstanding commitment to the One China policy, which recognises that Taiwan is part of China, but opposes reintegration of Taiwan into China by force.

On 3 February 2021, Reuters reported that US State Department spokesman Ned Price had confirmed that the US’s support of a “one-China” policy over Taiwan had not changed. This confirmation was made in the context of a statement issued by the Biden administration on 23 January 2021, its first Saturday in office, expressing strong support for Taiwan in the face of military pressure from China, [which] made no mention of the long-held U.S. policy towards the island.

It is not clear whether the recent developments are an indication that the Biden administration is moving away from this position.