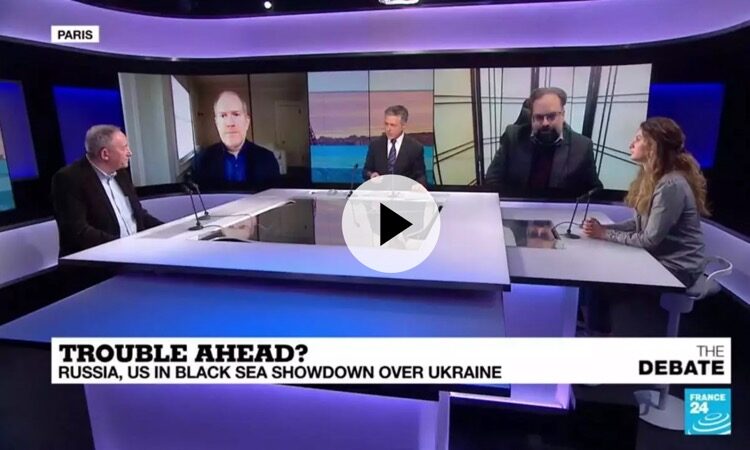 France24’s nightly show, The Debate, hosted by François Picard and with guests

tackles the issues around the tensions on the Russia-Ukraine border, in a program that went to air on 14 April 2021.

Is it a case of Putin putting Biden to the test over Ukraine? With two US warships headed to the Black Sea in response to a Russian troop build-up at the border, Moscow is announcing live fire drills in the same waters while Ukraine trumpets land manoeuvres for its military. We ask about a neighborhood that’s getting crowded and the timing of the sudden spike in tensions less than three months into the Biden presidency.

On that score, we also ask about the US leader’s Tuesday phone call with Vladimir Putin, only the second since Inauguration Day and that offer of a summit at a neutral venue. The suggestion was followed up with the US ambassador being invited to talks at the Kremlin this Wednesday. Is it a simple testing of wills or much more?

As a priority, Ukraine waxes and wanes on Moscow’s mind. Many ordinary Russians say they feel an ownership over the whole of Ukraine, not just the two Donbas province where the Kremlin’s backing a low-level insurgency. Again, it’s the question of why now and whether Putin really is picking a fight?