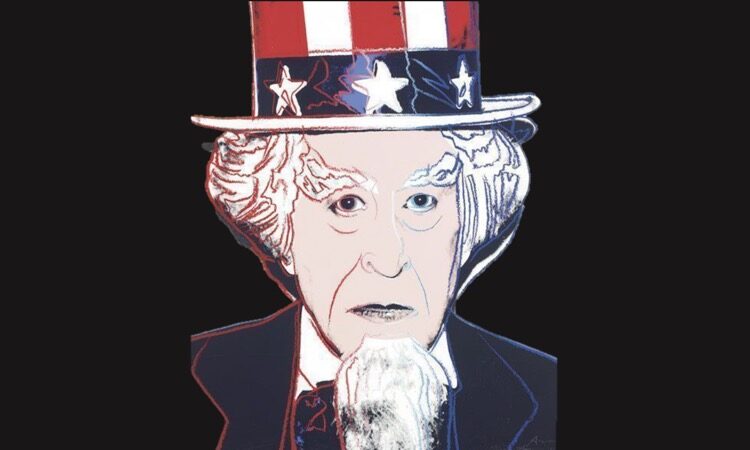 Australia’s Indo-Pacific obsession hides a radical global geopolitical shift. Australian policy makers will persist in making poor choices unless they accept that the US hegemony has passed a tipping point, and America has already become just one great power among others.

Australia’s policy community has become comfortable with the familiar, distinctive, and acceptable pattern of world order the Americans established.  The universalist claims of the US’s order are now internalised and any alternative seems unthinkable.

Ian Clark maintains “that hegemons are much more than dominant powers”.  Denis Florig writes hegemony “requires not only the hard military and economic power to enforce dominance when necessary, but also the ideological, political, and institutional power to persuade others to accept the rules and norms of a system largely designed and operated by the hegemon and its allies.” This is the rules-based order over which Australia is nostalgic.

Hegemony is deep and pervasive.  Michael Mazarr refers to indirect power, which “involves influencing how people think—how they conceive their interests and very identities—rather than trying to coerce or bribe them into making a specific choice. It shapes what others believe they want, and why”. This has been the flavour of American hegemony since the middle of last century.

America has shaped a weltanschauung and embedded norms and values among other political cultures, and its hegemony has come to be seen as a legitimate, and an appropriate and rightful, use of its power.  Any other organising framework for politics, society, or international relations other than the US promoted market-based capitalism and its evangelising democracy has become unimaginable. Life in the American hegemony has seemed natural and ordained, especially for Australians.

However, the democracy and capitalism America promoted have lost their lustre and Americans themselves have lost the passion for promoting democracy abroad.  Now majorities or very substantial minorities in the US, France, Germany, and the UK believe their political systems need a major overhaul. In addition, half of all Americans, Germans, and British believe their economic system requires major reform. That figure is 70% in France.  The ideological engine of the hegemony is spluttering.

America now displays a seemingly irredeemable racism and growing anti-democratic illiberalism, in a violent and divided nation where wealth is over-concentrated and poverty entrenched. Externally America has established a record of military overreach and failed adventures, and is increasingly reduced to using the coercive power of the dollar and sanctions where once it could have persuaded and relied on shared views. Whether consciously or not, the slogans “Make America Great Again” and “Build Back Better” are admissions of loss.

Europeans doubts have grown about the US’s willingness and capacity to come to their aid in a crisis following the Trump interregnum and the American obsession with the Indo-Pacific. The US cannot commit to the security of Europe and confront China at the same time, this will necessitate a significant reshaping of the strategic environment. This unease is pronounced among both experts and the public; as seen in the recent increase in publications on European strategic autonomy (see here, here, here, here, and here for example) and opinion polls. These concerns haven’t been alleviated by Joe Biden’s election.

That the US is no longer the hegemon doesn’t mean it won’t be an important actor for a long time to come, although history shows economic and military prominence can collapse relatively quickly. However, America remains rich and powerful with enormous economic, military, and social capital. But its loss of capacity to shape world events, deliver security and democracy, and determine the global order is on show on Ukraine’s borders, and in the Black and Azov Seas, Venezuela, Iran, Afghanistan, North Korea, Yemen, and Tigray, where its influence is marginal.

Most tellingly has been the inability of the US to take a multilateral leadership role over the illegal Israeli actions against Gaza, which will set back Middle East politics a generation, or to resolve the egregious human rights abuses and destruction of democracy in Myanmar, a part of the ASEAN purported to be at the centre of the US’s Indo-Pacific strategy. Multilateralism, democracy, and human rights are the banners of the Biden Administration.

The understanding of hegemony put forward by Clark, Florig, and Mazarr effectively excludes a succession of hegemony to China.  Certainly China aims for international pre-eminence and seeks the diminution of America’s dominant role in world affairs. But even were China’s ambition to succeed the US as hegemon, which it is not, the norms, values and institutions America has spread will outlast its hegemony and act to stifle these prospects.

The waning of a hegemony is an unpredictably complex matter and it presents new and difficult foreign policy challenges. There is a cognitive dissonance about the power shift in the current US Administration, and a sense that replicating past actions and behaviours will restore the former situation. A mistaken belief that the hegemony can be rehabilitated and that legitimacy can be regained. Cleaving too close to America will find Australia in awkward or irretrievable positions.

The state capitalist model might out compete, or at least match, the US in technology, trade, and investment across the globe. Not only the Europeans, but nations generally will act in the interests of their own populations and seek benefits from great powers opportunistically in the absence of a hegemon.

Increasingly Australia will have to navigate a world where there are multiple versions of events and differences over right and wrong, and where states will line up in accord with their interests as they interpret them.  The decisive great power actor(s) in any situation will be context specific. The delineation of spheres of influence and shifting balance of power arrangements among powers will require Australia to be nimble, smart, and independent.

A hegemon-free environment will be more fluid and offer more chances for middle powers to play-off great powers and engage in temporary alliances to advantage. It is time Australia lifted its vision and saw the bigger picture.