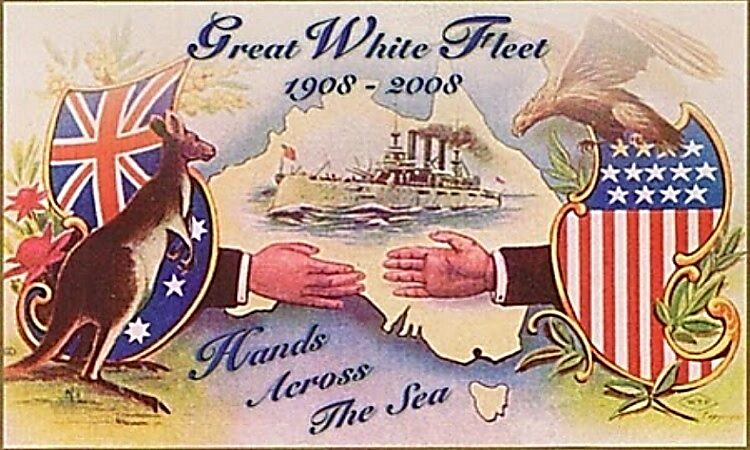 Jon Stanford and Hans Ohff criticise the ADF for “[P]lanning for the last war rather than the next”. Yet, their plan returns to a simplistic defence of Australia scenario from the 1980s. Nevertheless, their recent piece in ASPI’s Strategist blog (republished in P&I) provides an entrée to the related conundrums facing Australia’s strategic policy; the decline of US power and the circumstances under which Australia might come under direct threat.

To suggest that China would simply attack Australia because it could, with no strategic objective or national interest in mind, would be preposterous. China certainly wouldn’t divert forces to an Australian conflict unless the current situation in the South China Sea and North Asia underwent a dramatic transformation. The Chinese homeland is under direct threat from US forces in the Pacific, with Washington determined to lift the level of that threat. The very prospect of an assault on Australia in the foreseeable future is so remote as to be risible.

That could change if the United States was no longer the guarantor of security in the Asia Pacific, and could not even be relied on to come to the aid of a formal ally in Australia. There are two plausible situations in which that might occur. An isolationist administration more focussed on domestic economic and social reforms might emerge in the US, or internal and irreconcilable divisions in the American body politic might paralyse policymaking and tip the nation into a spiral of increasing disorder. The US could withdraw forces from East Asia in either case. China would still need to have a powerful incentive to launch a military strike against Australia and it is difficult to conceive what that might be.

If all that is put aside, and it is assumed that Australia might need to defend itself alone against China in one, two, or three decades hence, a number of additional considerations emerge. In a world where the US is effectively absent from the Asia-Pacific, an underplayed but key assumption of Stanford and Ohff, China would have a number of options and its operational plans would depend on its objectives. These could range from chastisement of Australia on account of some diplomatic affront up to seriously weakening Australia’s military and economic capacity to resist China.

Stanford and Ohff are prepared to bet on the Chinese military objectives being met by conducting a largely conventional force-on-force battle in the northern approaches (formerly the sea-air gap) to Australia. On that assumption, they believe “the ADF needs its own capability to pursue an anti-access, area- denial (A2/AD) strategy in Australia’s northern approaches” and “a credible offensive force-projection capability to deter an adversary from attacking Australia”. That is, they expect an attack to take place in a predictable place, with predictable forces, and in a predictable manner.

Deterrence is not practical. If it had sufficient motive, and no regional power was prepared to hinder it, China could always find the time to amass, prepare, and position sufficient forces to prevail over Australia’s defences. It could choose to use the old Defence playbook and acquire bases in the islands to the north and assemble forces for an assault, but it is hard to see why it would. In the absence of US naval power, China’s blue water dominance would open up the entire Australian coastline making Brisbane, Sydney, and Melbourne vulnerable. That is, China could confront Australia where it is strongest in the north with overwhelming force, or, more sensibly, selectively choose soft but vital targets on the east and west coasts.

Stanford and Ohff also argue the ADF must “be prepared for high-tech conflict”. There is no denying that military technology appears to be on exponential curve, and that future major war will be radically changed by that fact. Currently Australia maintains a relatively technologically sophisticated military force because of the access to US sourced weapons systems. But as the military technology gap between China and America lessens this relative advantage will evaporate. The stark reality is that, with its massive high-tech military research and industry base and leading-edge space and other technologies, China will bring greatly more advanced forces to any potential conflict with Australia.

So the key judgement Australian decision-makers need to confront concerns the sustainability of the United States’ great power status. However, in the 1980s even Australia’s foremost strategist and Soviet expert Paul Dibb failed to anticipate the imminent end of the Soviet Union. Shifts in great power status are generally not clearly discernible until near the end and then things tend to happen in an accelerated fashion.  Unfortunately, there is no infallible technique for determining the US’s trajectory. Is America reaching a tipping point; an inflexion point where the upward great power trajectory it’s been on for over a century is reversed?

The main problem with Defence policy making has not been the “concept of a balanced force” that Stanford and Ohff target. In the absence of genuine threats, it’s as good an approach as any. The real problem has been a combination of complacency and confidence that any adversary would attack Australia in a way that is most convenient for Defence planners. A strategic delusion. The northern approaches are easier to defend than the continental coast of Australia. The vast hot, dusty, dry and empty spaces of northern Australia are simply assumed to have a strange and irresistible attraction for invaders, irrespective of their objective. While there may have been some logic to this assumption three decades ago, given the strategic circumstances, it simply doesn’t hold up now.

The presence or absence of the US is the vital strategic variable. Far more than just ADF force structure will be at stake if the US retreats. Before Australia leaps to Stanford and Ohff’s recommendation for an urgent “comprehensive review of the ADF’s force structure”, serious consideration needs to be given to the consequences of the decline or otherwise of the US.