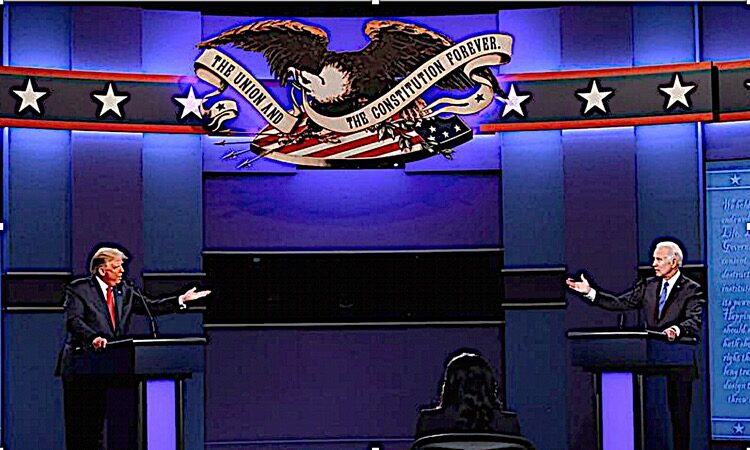 Many Americans will find themselves in wholehearted agreement with President Biden’s forceful remarks on voter suppression. Many, but not all. While Biden elevated voting to a sacred duty, he simultaneously excluded his opponents, of whom there are also many, from America. There are now two irreconcilable camps and that is bad news.

It is not at all clear how much more stress, how many more incendiary inputs into its inflammable politics, the American Republic can stand before it becomes fully dysfunctional and unworkable. The factions have long since moved beyond seeing each other as legitimate competitors in a democratic marketplace of ideas. The other side is perceived as the holder of totally unacceptable moral, economic, and political ideas and values, and only their total overthrow will suffice.

In the early Roman Republic external enemies were clearly identified, their status formalised through religious and civic rituals. The Republic identified itself by its enemies and its triumphs over them. However, in the civil wars between 88-30 BC that eventually brought an end to the Republic, Romans began to characterise their fellow citizen as the enemies. When Cicero derided other Roman citizens as the “enemy inside the gates”, and his political opponents as enemies of the state, he aligned his faction alone with the ideals and purpose of Rome.

This is a trend we are seeing emerge strongly in the US. Although evident beforehand, since the 2020 presidential election, and the 6 January 2021 assault on the Capitol Building, the rhetorical invective on both sides has been more acerbic and categorical in labelling the other side as traitors. Each side depicts the Republic as being threatened, not by the external enemy but by domestic enemies. Opposition factions are now placed in a category of being un-American, or hating America or being unpatriotic, making it impossible to reach any accommodation or reconciliation.

In his address Biden depicts his opponents as mounting “assault on democracy, an assault on liberty, an assault on who we are — who we are as Americans”. This demarcation of the opposition from real Americans is reinforced when Biden implicitly equates them with external enemies, saying his concern is “stopping foreign interference in our elections or the spread of disinformation from within”.

He makes the foreignness and wickedness of his opponents stark, couching the issue as deciding “[A]re you on the side of truth or lies; fact or fiction; justice or injustice; democracy or autocracy? That’s what it’s coming down to”. The struggle is now a question of morality. The other side are effectively dehumanised. The other side, are “an example of human nature at its worst — something darker and more sinister”. Biden declares that the Republic faces “the most significant test of our democracy since the Civil War”, associating his opponents indirectly with slavery, racism, and white supremacy.

However, the opponents who Biden effectively declares as unAmerican are not insignificant; it is “not anything like a national majority…it’s a majority in some states—a plurality in more—and everywhere a significant minority”. Contrary to Biden’s claims about the “Big Lie”, the evidence indicates very substantial numbers of Americans genuinely believe the election was stolen and that Biden is an illegitimate president (see here, here, here, here and here). For them the situation is reversed, Biden’s supporters are leftists or communists, or atheists, and not genuine patriots.

Each side sees the other as the “enemy inside the gates”.

It is of course possible that the divisions in America over not just foreign and domestic policy, but about the fundamental values of America, political, religious and constitutional, might be resolved in a pluralistic compromise. However, it is hard to see the path to that outcome. Every issue evinces implacable opposition—abortion, immigration, vaccinations, policing, critical race theory, election security, climate change etc. It seems more likely that the efforts to frustrate and obstruct opposition parties in government, struggles over the purpose and function of major institutions, and the increasing tendency to vilify and to attempt to dominate opponents will continue to build in hostility and confrontation.

The prospect of the return of a Trump Administration, or of one aligned with ‘Make America Great Again’ attitudes and polices, hangs over any assessment of America’s trajectory. The previous term of President Trump, and developments since the last presidential election, have clearly demonstrated just how deep and wide the divisions are in America. Small shifts in voting outcomes can now lead to radical swings in US domestic and foreign policies. This renders politics more desperate. Future changes of administration seem destined to bring more confrontation and determined opposition.

The allies of the US, as well as its competitors and adversaries, should be watching the for the signs of a breakdown. Recent experiences in Franco’s Spain, Pinochet’s Chile, and Mussolini’s Italy suggest when propaganda identifying internal enemies is accompanied or followed by political violence antennas should be elevated.

It seems unlikely that a civil war in the sense of military conflict will emerge, although these things generally surprise when they happen, and America is the most heavily armed and militarised state in history. The potential for serious violence exists in the heavily armed police forces, national guards, militias, and among the gun carrying public. But more probable will be paralysis of government, civil disturbances, protests and riots, and wild swings in policy based on identity politics.

Most people outside the US would be in sympathy with Biden, and be perplexed by the passion and persistence of the bizarre view among many Americans that the election was stolen despite the incontrovertible evidence to the contrary. But that is to miss the point. No advantage or success can now be conceded to the other side in American politics. They are the enemy.