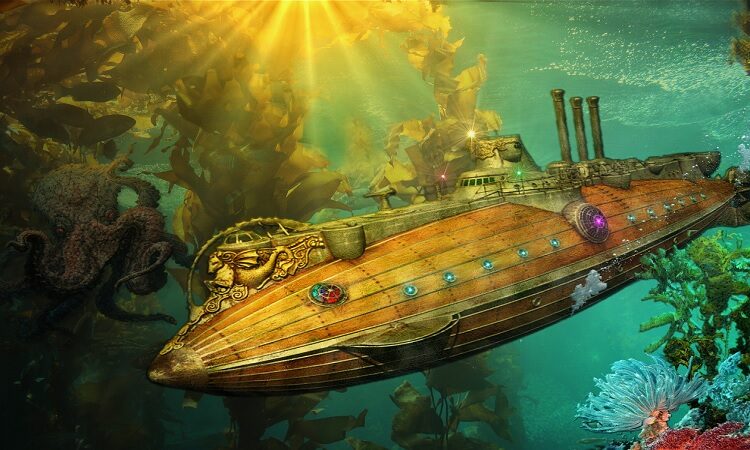 The relationship between defence policy and the nuclear powered submarines has generated a lot of magical thinking.

Defence planning takes place at the intersection of threats, geography, time, and military capability. It deals pragmatically with reality. That is, which threats are credible, when will they emerge, and the relative strength of the forces during the planning period.

The consensus seems to be that over the coming decades the most demanding potential missions for the Australian Defence Force are to join a US coalition against China in East Asia, or to defend Australian sovereign territory, maritime or terrestrial, against Chinese aggression.

In an informative paper, Marcus Hellyer has produced a table based on current information showing that a nuclear submarine capability might not be fielded until well into the late-2050s. If so, nuclear submarines will play no role in Australia’s defence planning for a minimum of at least 35 to 40 years.

The putative strategic benefits the nuclear submarines might provide before then are imaginary. By the late-2050s the strategic environment in East Asia will undoubtedly have shifted radically; whether in China’s or in the US’s favour is unknowable. So Australia’s eight submarines, maybe three deployable, are probably going to be of marginal relevance beyond 2050.

Even if by some miracle Australia was able to deploy two or three nuclear powered submarines on operations much earlier, say the mid-2040s, that still won’t meet Michael Keating’s criterion that “[T]he reason we need nuclear submarines is precisely because we must be able to defend Australia on our own”. Or that the nuclear powered submarine “would make any country think again about attacking us,” as he and Jon Stanford assert.

For the next three decades at least Australia simply won’t have a nuclear submarine capability. These interrelated ideas — that Australia could actually independently defend itself because of the addition of the nuclear submarines and that therefore China would be deterred — both suffer from the same faulty strategic thinking.

Of course China would think seriously about whether or not to use military force against Australia. Moreover, like any nation, if China’s motive was sufficiently important it still would act. That’s the strategically important point.

Keating’s notion that a nation can “deter possible aggression by [its] ability to impose heavy costs on the attacker” ignores the costs on the defender.

The costs of conflict are always relative and the very powerful states can absorb costs, when considered necessary, that are beyond smaller states. If, in the real world, China has sufficient reason to attack Australia to defend its interests, the asymmetry in the forces means that it would do so, even if the imaginary submarines magically materialised.

In addition, in military operations costs can be avoided or minimised by planning and superior tactical effectiveness, as well as by overwhelming force. Over the next several decades, China would have many other options than exposing its forces to the  limited number of nuclear submarines Australia could deploy, if Australia had them. Even if China were concerned, 30 years would give its planners plenty of time to plan and act well before Australia had a credible nuclear submarine capability.

But some costs are unavoidable in war and what is an acceptable cost is just a factor in the strategic calculation. The sheer asymmetry between the Chinese and Australian forces means, that in the absence of the US, China could accept costs that would prove catastrophic for Australia. That’s the definition of winning.

It is foolish to believe that China would launch an assault against Australian territory or assets just because they could and without a national interest being at stake. Although the prospect that they might undertake military action in a bilateral crisis is increased by their capacity to do so. It would be magical indeed to believe the Chinese would discount their chances of success because of nuclear submarines that don’t exist.

The magical thinking of the nuclear submarine advocates imbues the vessels with the mystical power that the French placed in the Maginot Line, even though they are only imaginary. Unlike the Maginot Line, because the submarines don’t exist, and won’t for decades, if ever, a potential aggressor doesn’t have the incentive to come up with tactical solutions in the same way as the Germans when confronted by French fortifications in 1940.

An East Asian war is less likely if the US withdraws, but then Australia could not be defended against a determined, committed, and unconstrained China, submarines or no submarines. Even Michael Keating thinks that “looking ahead another 20 years, it is doubtful whether the Americans will still be maintaining a presence off the coast of China”.

Doing the sums, Australia is likely to be facing China alone from 2040. On Hellyer’s analysis that is still twenty years away from a credible nuclear submarine capability. Unless the Americans are also indulging in magical thinking, they cannot be relying on the Australian submarines to contribute to a war for a long time. Logically, it is only the prospect of access to Australian bases that is important to the US.

The incontrovertible fact is that submarines that don’t exist cannot either defend or deter. It is magical thinking to believe imaginary capabilities can be part of a real defence policy.